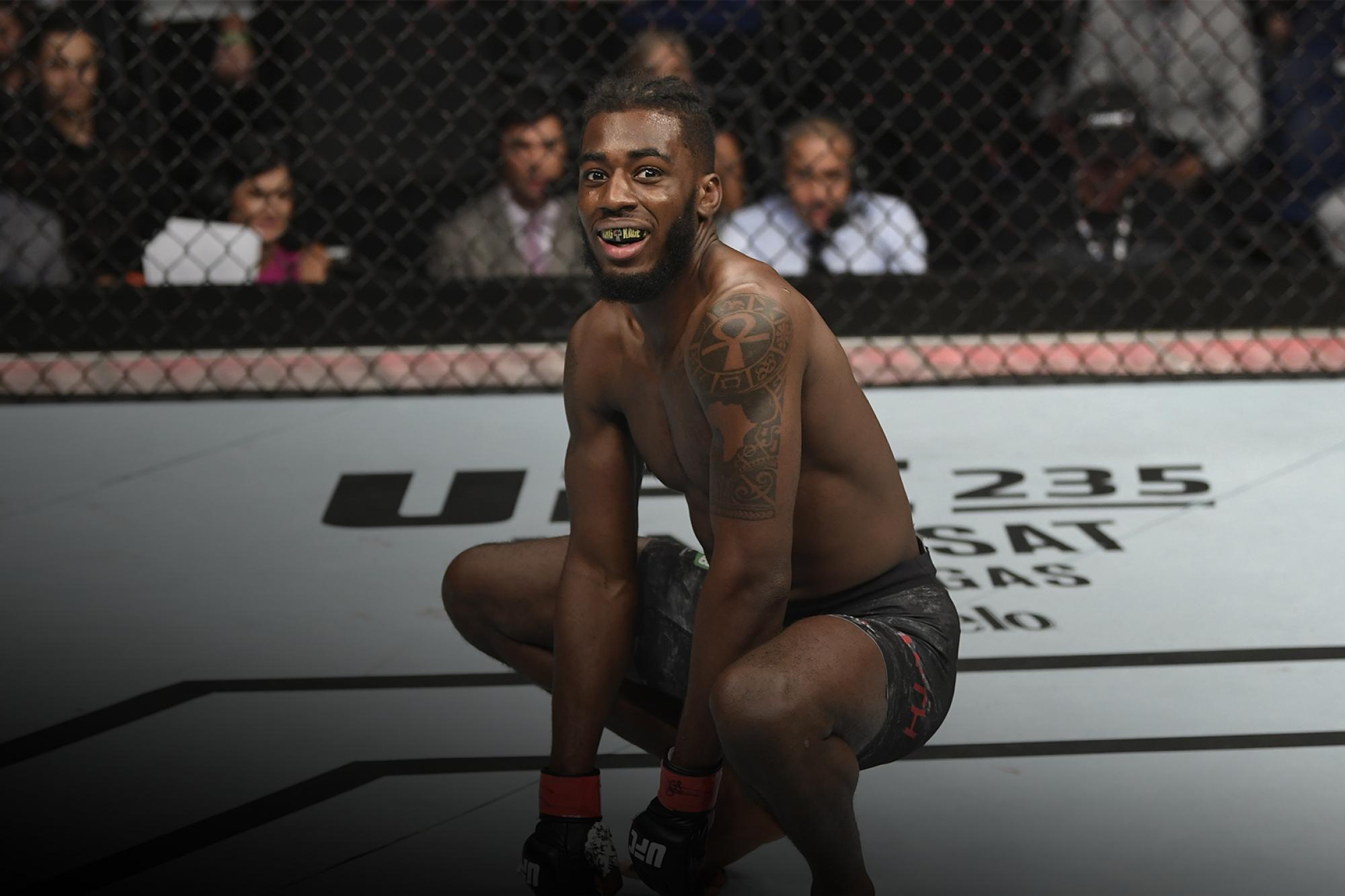 It wasn’t long ago when Devonte Smith regularly made the two-hour drive from Cleveland to Pittsburgh to train at The Academy in Pittsburgh.

He’d take pictures during the drive, posting captions like “This ain’t gonna last forever” or “Work hard.” When he looks back, he’s proud of the “commitment, consistency and vast sacrifice” it took to make it into the UFC, where he currently holds a 2-0 record. Smith trains at Factory X in Colorado now, but those days in Pittsburgh were formative in his journey to the sport’s biggest stage.

And when he trained at The Academy, he worked closely with Khama Worthy, a 32-year-old lightweight who most recently fought on July 27 in 247 FC: Brawl In The Burgh and is making his UFC debut on short notice after two fighters dropped out of bouts.

“(Worthy) would hold pads for me,” Smith told UFC.com. “We’d talk. We’d joke around. He was the guy to be like, ‘Oh, keep moving forward, bro. UFC, you’re going get that call. You’re going to get that call,’ and I got that call. My birthday was July 30. He fought three days before my birthday, and I was just texting him like, ‘Oh, man. Good stuff. Keep pushing. Keep pushing. Keep doing you.’ And now we’re about to fight each other, so it’s just like, ah, man, but it is what it is.”

The always-energetic Smith was originally scheduled to fight John Makdessi, who pulled out due to injury. Clay Collard stepped in, but health issues forced him out as well. Alas, Smith now prepares to fight a guy who helped him during those dog days before he broke onto the scene on Dana White’s Contender Series.

Including his fight on the Contender Series, Smith has three consecutive wins by way of first-round finish. He has all the makings of an exciting, charismatic prospect people will have an easy time rallying behind, and one whose confidence is understandably sky-high.

“I’m in the UFC and nobody wants to go against me,” he said. “Nobody wants to fight me. Is it a bad business choice? Are you guys really just scared of me? It’s like, what is it? Now I got to fight a friend because y’all ain’t ready to put them hands up.”

Smith said he and Worthy still text each other regularly, trading words of encouragement whenever either has a fight. Although they maintain that friendship, Smith said they haven’t sparred together in a long time, and that sparring is nearly irrelevant because of how much the Cleveland native has grown.

“I’m not the same dude I was two, two-and-a-half years ago,” Smith. “That’s the last time we sparred. We always talked, but we haven’t sparred in that long. The last time I went back to Cleveland just to spar people, I wasn’t even trying, and I was just mopping people. I was like, ‘Dang, okay.’ So, same thing. I’m training with the elites of the elite.”

Considering he’s had two opponents fall out and is on his third, Smith believes there must be a reason that he’s still fighting on this card, and he wants to make the most of the opportunity at UFC 241 to put on a show with the most eyeballs he’s had on him in his career.

So far, Smith has shown he has the goods in and out of the Octagon, as well as on the microphone, to have earned the featured prelim spot on one of the biggest pay-per-view cards of the year, and that chance is not lost on him.

“I’m not the same dude,” he said. “Taking the personal out of it, it’s just business. My father told me my career starts or ends here, and I’m not going to let him or my personal emotions get in the way of letting a friend get over me.

“Different body, same result, and we’re moving forward. I am becoming 11-1, and we’re going to move on to the next part of my career.”