Devin Clark Wants To Prove He Belongs At The Top

"Brown Bear" Believes That An Impressive Win Over A Tough Darko Stosic Will Show The World What He's Really Made Of
By Thomas Gerbasi • May. 29, 2019

Devin Clark had no illusions about what faced him as he prepared to travel to Saint Petersburg, Russia to fight Ivan Shtyrkov in April. The light heavyweight prospect was coming off a loss to Aleksandar Rakic last December, and another defeat would put him at 3-4 in the UFC.

Not a place any fighter wants to be.

“I was backed in the corner a little bit,” Clark said. “I was going into Russia like I was fighting for my career. I'm fighting to stay alive in the UFC.”

Then a couple things happened. First, Clark got a brand spanking new four-fight contract, then the fight to break that contract in didn’t happen, as Shtyrkov pulled out of the bout due to illness mere hours from fight day.

One thing was great; the other one not so much.

“It was pretty bizarre and it was a situation I had never been in before, the night before a big fight like that,” Clark said. “Fighting in Russia was a dream of mine and I was super excited. It was just a perfect situation for me to overcome a lot of different things, like being in Russia against a tough Russian and earning the respect of the Russian people. It was one of the coolest things I had been a part of and then I didn't get to do it. So it was pretty heartbreaking, but we just had to get through it.” 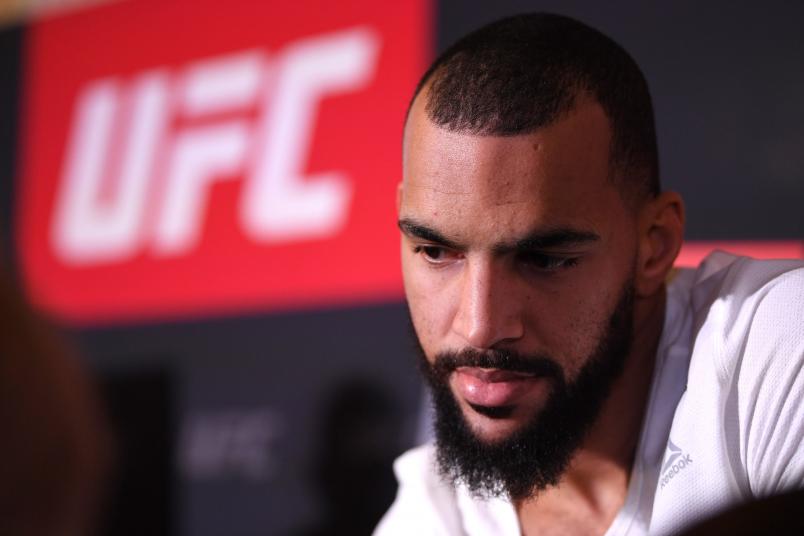 But hey, there was that new contract, which Clark will now get a chance to break in on Saturday against Darko Stosic. Yeah, it’s a Serbian in Stockholm and not a Russian in Russia, but Clark doesn’t mind as long as he’s got someone to fight.

“It's a little bit different, but it's in the same realm, I guess,” laughed Clark, whose new contract doesn’t have him taking his foot off the gas in the slightest.

“I still have the same kind of feeling because even though I got a new four-fight contract, I still have a lot of stuff to prove,” he said. “I'm not in it to be a mediocre fighter that wins a little bit and loses a little bit. I want to be a world champion and that's the road that I'm on and that's where I'm trying to get.”

He’s got the potential, and his 3-3 Octagon record proves it. He’s put together solid wins over Jake Collier, Josh Stansbury and Mike Rodriguez, and two of his three defeats are against two of the best in the division in Jan Blachowicz and Rakic. So from the outside, it appears that Clark needs to get over the hump in the big fights, and should he do that, he becomes a threat at 205 pounds. 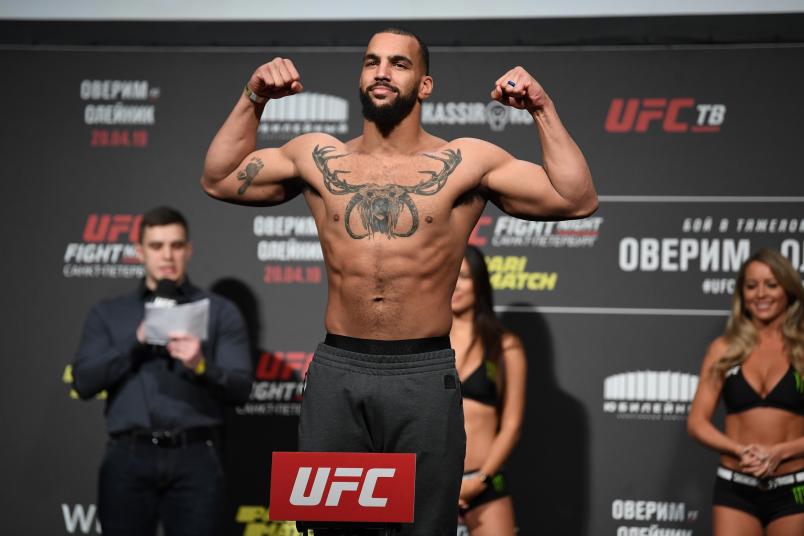 “I lost to some tough guys in the division and, at the same time, I was beating them in a lot of those fights and I made one mistake or two mistakes and they caught me,” he said. “I got caught in a lot of those fights; I didn't get the s**t beat out of me or anything like that. I know what I need to work on, and that's pretty much my composure and getting experience and being an experienced fighter when I'm in the cage and using that experience to my advantage.”

There’s no better time to use that experience than this weekend against Stosic, who returns for the first time since his first UFC bout (and win) last July. On the other side, Clark is making his seventh UFC appearance as he approaches his three-year anniversary on the roster in July. That’s a milestone not a lot of fighters hit, but again, the “Brown Bear” isn’t taking time to smell the roses.

“That's a pretty good accomplishment in itself in my mind, but it's still not enough for me, and that's why it feels like a beginning as well because I haven't accomplished what I need to accomplish yet and I'm just beginning to make my rise,” he said. “I'm a bit of a veteran now and I've traveled and seen a lot of different situations that come with the fight game and with being in the UFC, so it's definitely an advantage for me in a lot of situations.

“And you can't comfortable in this game and in life itself,” Clark continues. “You've got to fight for everything. Always be on edge, head on a swivel, as they say. I got a new contract, but that don't mean anything if I lose two fights in a row. It could be all sour from there. So you've got to keep winning in this game. That's who gets paid and that's how you gain a legacy, by winning and going through these tough guys. And I want the toughest in the division and I've got to work my way up to that against these other tough guys that aren't even ranked yet. But they're just as tough as anybody else.”

So is Devin Clark.