Devin Clark And Family "All In" On Smith Fight

It’s a rollercoaster of emotional highs and lows many of us can relate to this year, but one that Clark is feeling distinctly.

“There’s been so many good things with my career—financially and stuff like that. The family, my wife and daughter are doing good. But, at the same time, we’ve had a lot of loss, death. I lost a good friend and also lost my mother-in-law. The whole COVID-19 thing and people freaking out. It’s a really weird time, and also the best year that I’ve had.”

The passing of his mother-in-law occurred mere days ago, and the wound is still fresh in his voice. Was there ever a thought to canceling his co-main event fight at this weekend’s UFC Fight Night: Blaydes vs Lewis? 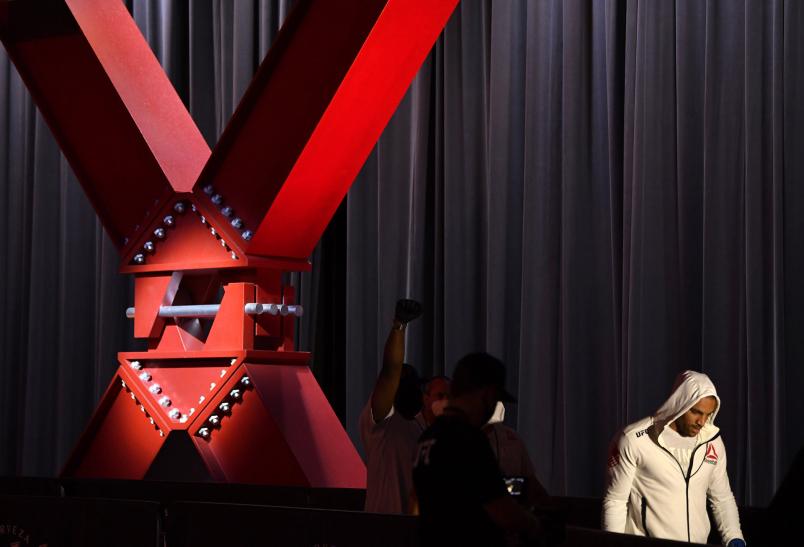 Clark prepares to fight Alonzo Menifield in their light heavyweight bout during the UFC 250 event at UFC APEX on June 06, 2020 in Las Vegas, Nevada. (Photo by Jeff Bottari/Zuffa LLC)

“There was a lot of that thought,” he admits. “The only thing that kept me staying and fighting is my wife, and my mother-in-law before she passed. She gave me her blessing to keep fighting. That’s what she wanted me to do, to fight this Saturday, get a win and knock him out in the first round,” he recalls, smiling at the memory. “I had every excuse to cancel this fight and go home and be with my family during a really rough time. But I’m a fighter and that’s what we do. We fight. It’s going to show on Saturday. 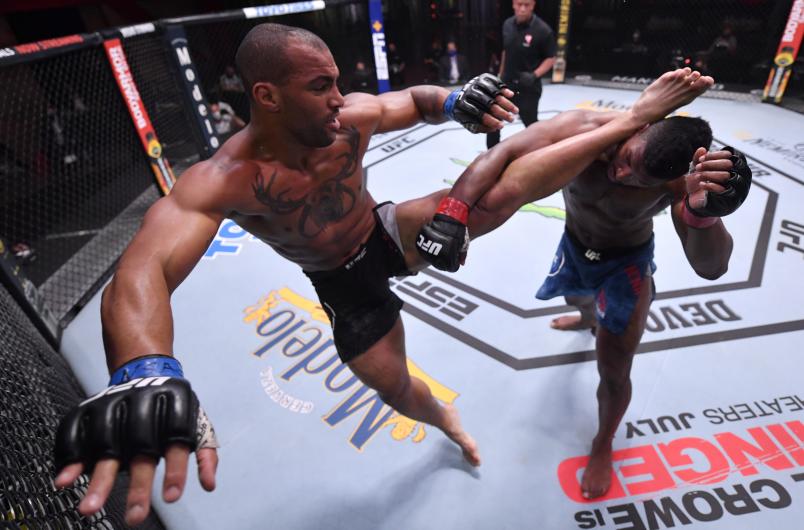 Originally scheduled to meet Shamil Gamzatov at Saturday’s UFC Vegas 15, he now finds himself facing No. 6-ranked Anthony Smith in the co-main event. The moment has suddenly gotten much bigger, and the opportunity to break into the top of the light heavyweight division he’s been laboring in since 2016 is afoot.

He’s no stranger to what Smith has to offer, after helping Jackson-Wink teammate Jon Jones prepare for him when they squared off in the title bout at UFC 235. In fact, Jones was in the room when Clark got word of his new opponent, and the two immediately began looking at film and preparing. In Smith, he sees a shared commitment to the life they’ve chosen.

“I know Anthony. I’ve known him for a while. He knows me. We’re both showing up to fight. We’re the definition of fighters. He didn’t have to take this fight against an unranked fighter. There’s no reason for him to take this fight and he took it because he’s a fighter.”

It’s been a bit of a slow burn for “Brown Bear”, who has carefully built up a solid 12-4 record since turning pro in 2013, and in 2020 broke a long streak of alternating wins and losses with two consecutive victories over notable talents Dequan Townsend and Alonzo Menifield. 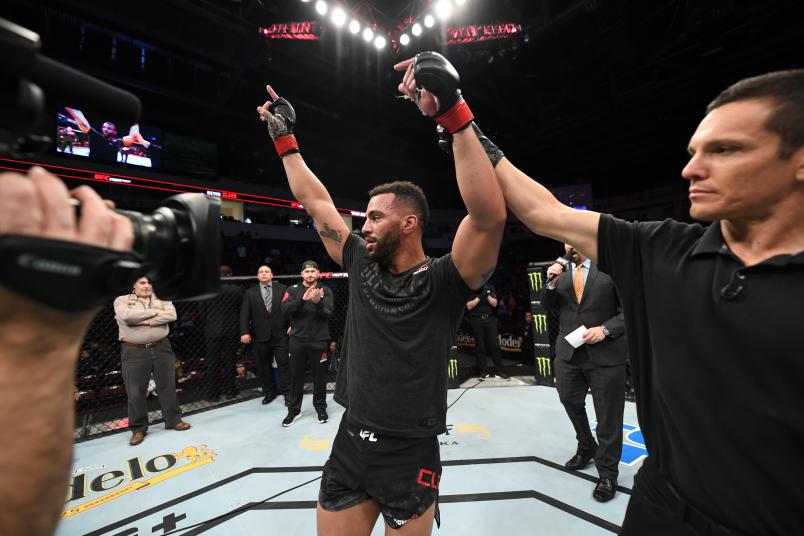 For Clark, the last bout in particular was a turning point for him as a fighter. After getting rocked in the first, it looked like Menifield was cruising to yet another victory. But Clark dug deep and turned the tides, battling to a definitive unanimous decision win.

“It reminded me that’s who I am and that’s where I’m good. That’s where I’m at my best: when I’m in danger, when I’m hurting, when I’m miserable. That’s what this camp has been—emotionally and stress-wise—a miserable camp. But the training has been so much better because of it. We get to go into every session—and this fight—with passion and with purpose.”

Not that he lacked passion, per se. But it was a moment of clarity that reminded him why he was where he was.

“Over the years, as a fighter sometimes you might not think that going into it. Or you forget about it sometimes. But I’m one of the best out there, one of the best in the world, and I fight for the UFC, and it’s time to show up and show out.”