Despite losses, Westcott living for moment 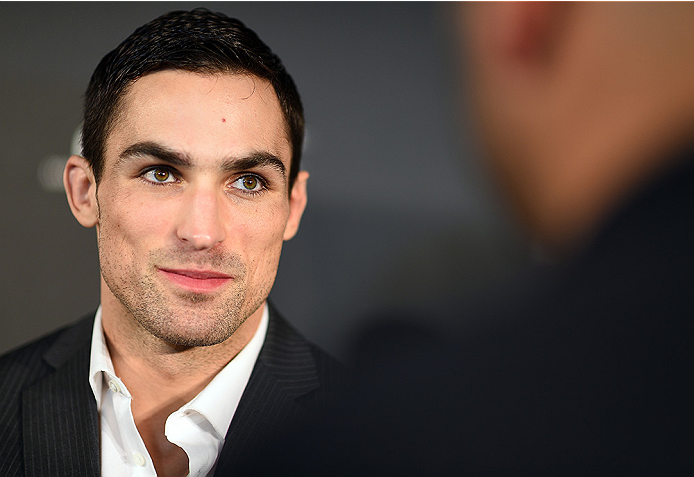 According to Sheldon Westcott, all the work, all the blood, sweat and tears are worth it if he can experience one moment in the middle of a prizefight. For most, it would simply be a blur of chaos as a scramble takes place in the Octagon, but for him, the reactions made in the heat of the battle separate the men from the boys.

“Right when you start scrambling, there’s that pause,” he said. “And the first guy that pauses loses the scramble. You can tell when a guy’s overthinking too much because there’s that split second where he’s like ‘Oh, I’m gonna go here,’ and he’s already behind the game. And now he has to do something a little more drastic to catch up. And if he does something drastic, he can either catch up or fall really far behind.”

It’s in this place where Westcott finds his peace, and where he’s ended seven of his nine pro MMA victories, five of them coming in under a minute.

“My body reacts really well to doing stuff at a million miles an hour,” he said. “I’ll catch more subs in transition than by setting them up. Everything is going really fast for everyone else, but you’re sitting there like you’re in one of those movie scenes where you’re going in slow motion. That’s what it’s like.”

The excitement in the Edmonton native’s voice is evident when he talks about putting his pace on an opponent and forcing him to keep up and stay flawless or fall behind and make a fight-ending mistake. But thus far in his UFC career, Westcott hasn’t been able to show off his usual style in the Octagon, as he’s dropped back-to-back fights to Elias Theodorou and Pawel Pawlak.

In the TUF Nations final against Theodorou in April of 2014, Westcott gassed out early and was stopped in the second round. Worried about a repeat, Westcott paced himself against Pawel Pawlak in April of this year and wound up getting outworked and decisioned.

“My last fight, I had a game plan, the first round was easy, and my corner was like ‘Just keep doing it,’” he recalled. “And then once things kinda went sour, I just kept doing it. Normally I’ll go to plan B, plan C and I normally turn my fights into very chaotic fights with a lot of scrambles, and I don’t know if I wanted to make sure I didn’t gas if it went to a decision, but I didn’t fight like myself. I just need to go out there and fight like myself and let the chips fall where they may.”

If the third time is going to be the charm for the 31-year-old welterweight, it’s going to happen this weekend in Las Vegas when he faces Edgar Garcia, and he’s pulled out all the stops to make sure he’s fighting his fight at his pace. That means work at home in Alberta was supplemented by training with TUF Nations buddies Richard Walsh and Brendan O’Reilly in Australia and two trips to Albuquerque to be the designated southpaw for Kyle Noke, Carlos Condit and Donald “Cowboy” Cerrone at the Jackson-Wink MMA gym.

“I was the hot chick,” he laughs. “It was awful. But Kyle invited me out here right after the show, and I always thought about coming out to Jackson’s, but it never really worked out. This time, the scheduling worked out perfect. They had a bunch of guys that were getting ready to fight on the December cards, so I thought ‘Hey, get out there while there’s a whole bunch of people getting ready. Kyle was fighting Peter Sobotta, who’s a southpaw, and Carlos is fighting Robbie (Lawler), who’s a southpaw, and Cowboy was also fighting (Rafael) dos Anjos, who’s a southpaw. I got out here and I got nothing but amazing rounds and I knew I had to come back to finish up the last little bit and get a little altitude in me before I head out to Vegas.”

And if anything, Westcott is ultra-confident for the bout. He’s not thinking about his two-fight losing streak or the possibility of going elsewhere should he lose. And yeah, he’s heard those “must win” questions, but they’re not bothering him in the slightest. He’s here to fight his fight and win. That’s it.

“Everybody’s talking about this being a must win,” Westcott said. “You know guys who walk from building to building on a tight rope? Do you think they’re thinking the entire time ‘If I fall, I’m dead?’ No. They think about the step that’s right in front of them. And every day I wake up, I go to my first practice and I’m thinking about the step in front of me and not what might happen in my fight. You know what’s going to happen in my fight if I sit there and think about that? The worst possible thing. If I think about me and what I’ve got to do in practice to get better, that fight’s going to go easier, and I don’t even have to worry about that.”