Derrick Lewis Would Rather Get Attention In The Octagon 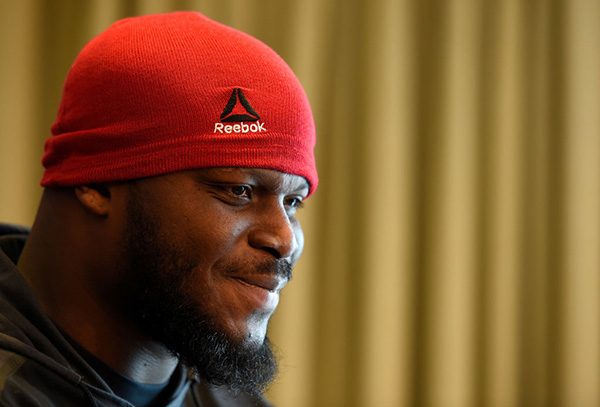 If Derrick Lewis had his druthers, the powerful UFC heavyweight would never see his name pop up in the media for any reason – not for a fight announcement or result and especially not for simply doing what he felt was the right thing to do.

“I don’t want no publicity because that’s more nerves,” said the humble knockout artist, who squares off with Fabricio Werdum this weekend at UFC 216. “I don’t need that attention on me because that makes me nervous.” 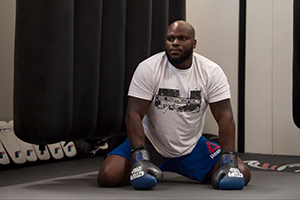 Unfortunately, the 32-year-old Houston native had to deal with a cavalcade of attention in the weeks leading up to Saturday’s event as Hurricane Harvey ripped through his Houston hometown, prompting “The Black Beast” to jump into action.

As the rain came pouring down and flooding started to creep through the city, there was Lewis in his hulking Chevy truck, helping people escape the climbing waters. It didn’t matter that he was preparing to throw down with the No. 2 ranked fighter in the division, a former UFC heavyweight champion and the most accomplished opponent he’s faced to date.

Those concerns took a backseat to being able to lend a helping hand to anyone that needed assistance as the massive storm swept through the city and surrounding areas.

“There was a lot of tension at the time – the media was talking about Confederate flags this and that – and I just wanted to bring America together again because we were on the verge of separation,” he added. “I believe God knew that and everyone else knew that and one of the reasons why I believe the hurricane affected people as much as it did is so people like myself and people from different races could come together and help each other and see that everyone is the same.

“Hopefully I’ll do well in this fight – I’ll get a little money back and I can really go around and help folks that really need it because they still don’t have the supplies or transportation that they need. A lot of people lost their jobs too, so I just want to help as many people as I can.”

Before Hurricane Harvey ravaged the city and prompted Lewis to put his preparations for Werdum on hold, the affable and honest heavyweight addressed some issues that had been lingering throughout his last few appearances and started taking steps to help himself inside the Octagon. 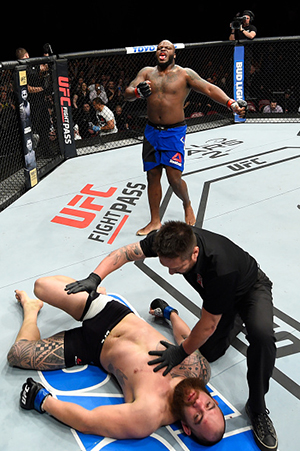 Travis Browne in their heavyweight fight during the UFC Fight Night event inside the Scotiabank Centre on February 19, 2017 in Halifax, Nova Scotia, Canada. (Photo by Josh Hedges/Zuffa LLC)" align="right" />Following his loss to Mark Hunt in June, Lewis floated the idea of walking away from the sport, stating that he, “Couldn’t put (his) family through this anymore.” As it turns out, as bad as his nerves can be, they pale in comparison to the anxiousness that consumes the Lewis household on fight night.

“They feel more pressure than I do,” explained Lewis, who had won six straight prior to losing to the striking legend. “They really can’t even sit down on the couch and enjoy the fight. They’re in and out of the house, hiding under clothes, hiding behind furniture. They don’t even really want to watch the fight because it’s so nerve-racking for them.

“It’s also just that I needed a break,” he added. “I fought a lot. My body needed a break big time and by me not taking that break, I paid for it my last fight because everything was hurting, especially my back.”

While he hasn’t quite been maintaining “Cowboy” Cerrone levels of activity, Lewis has made the walk to the UFC cage at an alarming rate since debuting in the organization with a first-round technical knockout victory over Jack May in April 2014.

Saturday’s showdown with Werdum will be Lewis’ 13th appearance in the Octagon, and even though he’s had just four months off – the same amount of time that passed between his win over Travis Browne in February and his trip to Auckland in June – the soft-spoken heavy hitter said he’s feeling refreshed.

“I’m taking supplements now,” said Lewis, still sounding surprised that he’d made the decision. “I never took supplements a day in my life before; I never even took protein shakes or anything like that. I barely even drink milkshakes because I’m lactose intolerant.

“But I’ve been doing that and I’m trying to eat clean,” he continued, adding that he’s working with Onnit, the Austin-based company founded by Aubrey Marcus. “It’s a new thing for me, so my vision is clearing up a little bit. I was getting a little dizzy at first trying to eat salads and stuff and it just wasn’t making it, but everything is coming along so far, so good.”

And he’s ready to deliver the best performance of his career on Saturday night in Las Vegas. 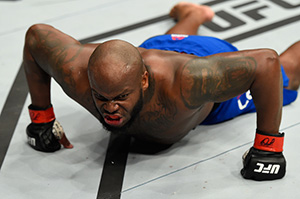 “I just look at it like you’re going to see the best version of Derrick Lewis out there because I really don’t have nothing to lose. I’m fighting the No. 2 guy in the world – the former champion – so everybody expects me to lose, but that’s where I feel the most comfortable is whenever the odds are against me like that.

“I believe I’m going to come out on top; I really do believe that.”

If that does indeed transpire, Lewis will find himself back in the thick of the title chase in the wide-open heavyweight division. That would mean a few more uncomfortable moments in the spotlight as well for the man who simply wants to go about his business and go unnoticed.

Unfortunately for Lewis, a knockout win over Werdum – just like selfless acts of kindness in the face of struggle – won’t go unnoticed, no matter how uncomfortable the accolades and attention may make him.