Expect Fireworks Out Of The Gate From Derrick Lewis

Derrick Lewis, the UFC heavyweight knockout king is back and he's hungry to add to his record total at UFC Fight Night: Blaydes vs Lewis.
By Gavin Porter, On Twitter @PorterUFCNews • Feb. 18, 2021

In early August, Derrick Lewis knocked out Aleksei Oleinik in their heavyweight main event showdown. With his 11th UFC KO, Lewis became the UFC’s all-time leader in heavyweight knockouts, making “The Black Beast” the ‘Knockout King’ if you will.

And while the Houston, Texas native is proud of the feat, he will admit that the accomplishment is something that Lewis never expected to have, let alone be known for.

It took Lewis 20 UFC fights over the course of six and half years to reach the mark, and since getting knee surgery and focusing more and more on his gas tank, Lewis appears primed to add to his total over the course of his career. 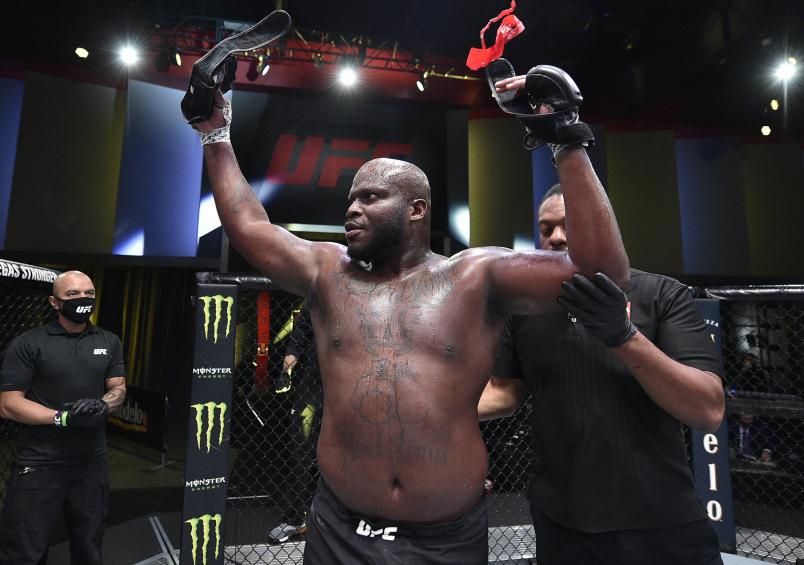 Derrick Lewis reacts after his knockout over Aleksei Oleinik of Russia in their heavyweight fight during the UFC Fight Night event at UFC APEX on August 08, 2020 in Las Vegas, Nevada. (Photo by Chris Unger/Zuffa LLC via Getty Images)

His transformation has been evident, both in how he utilizes his dynamic explosions of energy and how he physically looks. Lewis’ dedication to improving himself and becoming a more complete fighter is one of the main reasons he finds himself on a short list of heavyweights in the mix for a shot at Stipe Miocic’s belt.

That short list includes the surging Curtis Blaydes, who will clash with Lewis in the main event of UFC Vegas 19 this Saturday.

“A statement win for me going against Curtis, I believe I have to have good takedown defense and have good wrestling because they are saying that Stipe is one of the best wrestlers in the division,” the 35-year-old Lewis said. “That means I got to be out there and compete and be a mixed martial artist and be ready for that.”

The two heavyweight contenders were supposed to fight back in November when the fight was suddenly cancelled due to COVID-19 related issues with Blaydes. It was a disappointment for Lewis but he was just happy the two were able to reschedule sooner, rather than later.

"I trained my butt off that camp and I was probably in the best shape of my life for that fight right there if it would have happened," Lewis said. "But I'm happy that he is 100 percent now and we can get this out of the way."

Much has been - and should be - made of Blaydes’ ability to wrestle his opponents and dominate once he gets them to the canvas. Lewis knows that he will have to defend the takedown in order to beat Blaydes, and is confident that he will be able to do that once the two fighters make the walk in the UFC APEX. 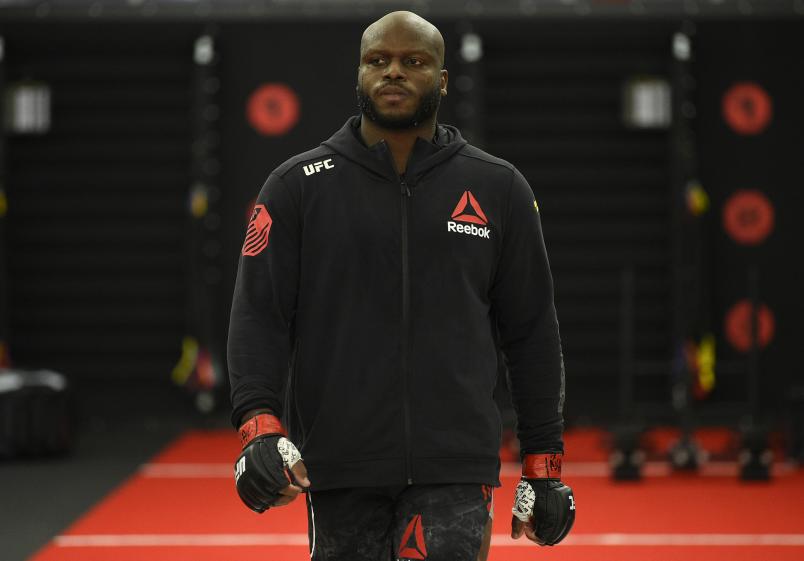 “I never rolled with him before, he never rolled with me before, he never even touched me, he never even shook my hand, he doesn’t know what to expect, just like I don’t know what to expect, but I know my ability and I’m pretty sure he knows his ability,” he said. “To me, I’ve been doing grappling and wrestling and moving around with way bigger guys than him, way more technical, much more credentials in mixed martial arts, but if he thinks that he can dominate on the ground, then that’s fine.”

For a brief moment, Lewis cracks a smug smile, adding that he might be the first to initiate the wrestling exchanges just to “confuse Blaydes a little bit”.

That type of unpredictability is one of the reasons why Lewis is a fan favorite. He is well aware that the fight game is in the entertainment business and that’s one of the reasons why he’s so focused on knockouts. Lewis wants to give the people what they want, but he’s not so sure that Blaydes will match that same energy on Saturday.

“If he wants to make it a boring fight, I really can’t go for that. I’ve been in a boring fight before and it’s really frustrating,” Lewis says adamantly. “I don’t want to be in no more boring fights, so I’m going to make it really exciting right out of the gate.”

Lewis is motivated to get back to fighting for a UFC title, something that he did back in November 2018 against the now retired Daniel Cormier. He’s on a three-fight winning streak and knows that an impressive win over a top contender like Blaydes could put him back in that spot yet again.

“I believe it all depends on the fight goes. If I go in there and be in a boring fight, then neither of us should get title shots; I think we should get bumped down from the rankings."

Make sure you tune into the main event of UFC Vegas 19 to see if Lewis can add to his knockout record. The fights start at 10pm ET / 7pm PT on ESPN+.