Derrick Lewis: From Darkness to the Bright Lights

"I’m just not going to play with the guy. I’m going to go in there and finish him real quick if I can." - Derrick Lewis 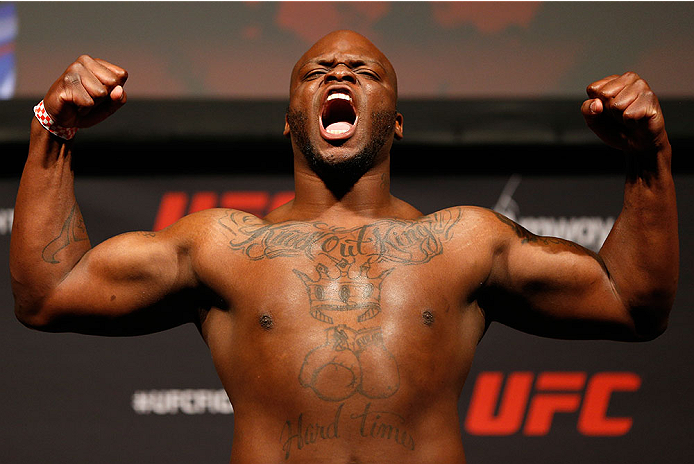 Second chances can be difficult to come by.

Furthermore, when those opportunities of redemption do materialize, and the road often dreamed about does open up, the only thing one can hope is that they recognize the new path before them and have the courage to set out anew. Unfortunately, in many cases that particular window closes before a fresh start can be realized and the chance to make good gets filed away in the cluttered realm of “what could have been.”

Derrick Lewis was perched and waiting for his second chance to come into focus, and he put everything he had into making that first step count.

“The Black Beast” fully capitalized on his inaugural showing under the UFC banner as he put on one of the more memorable debuts in recent memory. In addition to his raw stock power leaving fellow newcomer Jack May laying face down on the canvas at the end of a ground and pound barrage, Lewis also showed a level of sincerity rarely seen in his first-ever post-fight interview. In an emotional turn, the Houston-based fighter thanked his family for the support, then went on to describe how hearing announcer Bruce Buffer call out his name brought a “dream come true” moment front and center.

Once Buffer rattled his name through the microphone, Lewis’ journey that started in the hardscrabble streets of Houston, and detoured for three years through the infamous Central Unit penitentiary in Sugar Land, Texas, had finally come to the place where he could flip the meter to mark forward progress. In his mind there was nothing that was going to stop him from getting his hand raised that night in Orlando, and May was just the physical thing obstructing the symbolic prize and the end of the road.

“The first fight was a dream come true and I’m sure this next fight is going to feel the same way,” Lewis said. “Being in a place like prison for over three years and making it to the UFC…that’s like going from the bottom all the way to the top. There were a bunch of people along the way that didn’t believe I could make it to where I am and it’s just an unreal feeling. It’s been a crazy journey and I’m happy to be here.

“It felt pretty good because I hadn’t stepped into the cage in over a year. Getting the victory in the first round really gave a boost to my confidence and I’m always looking for the finish like I did in that fight. That is just the way I fight and how all of them end up. I have explosive power and I’m looking to put it on whoever I’m fighting.”

With a successful debut already tucked away in the record books, the 29-year-old powerhouse will look to keep things rolling in his next outing that is rapidly approaching. The Silverback Fight Club representative will lock up with another prospect in Guto Inocente at The Ultimate Fighter 19 Finale in Las Vegas on July 6.

While Lewis’ debut brought a year-long layoff to an end, the Brazilian’s absence from the Octagon has been twice as long. The Team Blackzilians fighter last competed under the now-defunct Strikeforce banner in May of 2012, and his official UFC debut has been scrapped on several occasions due to injuries suffered during training.

Nevertheless, both men are geared for a collision course on Sunday night and Lewis believes Inocente will be the perfect challenge to take his next step up the heavyweight ladder.

“This fight is going to be a lot like my last one, where I can’t hang around on the outside,” Lewis described. “I have to push the pace and get in on him. Once I get inside, I can take him to the ground and look for the finish. If I stay on the outside, I’m sure that wouldn’t be a good situation because he likes to throw those fancy kicks from a distance, and sit back and look at his work. He likes to admire his work and I’m not going to let him do that. I’m just not going to play with the guy. I’m going to go in there and finish him real quick if I can.

“He trains out there with the Blackzilians and he used to be Overeem’s sparring partner, so I think that will be a good little win under my belt to add to the honors and achievements I already have. I think this fight will be a good way for me to move up the ranks.”

With his next fight approaching, so comes another opportunity for Lewis to put more distance between a past filled with circumstance and tribulation and the bright future waiting for him on the horizon through mixed martial arts. From nights laying in the darkness and imagining an arena filled with people there to watch him work in his natural trade, to standing under the bright lights of the Octagon and staring down a man who will look to make him the next step of their dreams coming true.

While Lewis appreciates the hustle every athlete who competes inside the Octagon brings to the table, he has a rock-solid confidence that there are none who want what he wants quite as bad as he wants it. And furthermore, there are none that possess the heart he has to endure what it takes to get where he is determined to go.

Lewis knows how much resolve runs through his veins and he believes it will always show through on fight night.

“Every time I step into the cage I bring nothing but heart,” Lewis said. “Fans know I’m going to give it my all. There is guaranteed excitement when I fight. It doesn’t matter if those fights were on the regional scene or the big stage, I have never been in a boring fight. Even the ones where I’ve lost, they were still exciting fights because I bring it every time. This is going to be another fight where I put it all on the line.”