Ahead Of His Second Heavyweight Title Shot, Derrick Lewis Feels Everything Coming Together For Him At UFC 265
By Zac Pacleb, on Twitter @ZacPacleb • Aug. 6, 2021

Derrick Lewis knew he’d get himself to another shot at heavyweight gold again sooner rather than later after he lost to Daniel Cormier at UFC 230 in November 2018. That shot itself came as a small surprise – even Lewis believed former champion Stipe Miocic deserved an immediate rematch after Cormier knocked him out in their superfight. Alas, Lewis trained hard and had his moments, but ultimately came up short in Madison Square Garden that night.

After dropping a main event bout to Junior Dos Santos in Wichita, Kansas, in his next fight, Lewis underwent surgery to fix an injured knee. That, on top of a dedicated effort in strength, conditioning and recovery, and Lewis surged. Four fights, four wins, and two knockouts in his most recent pair of fights have him lined up against Ciryl Gane in an interim title fight taking place in his adopted hometown of Houston.

Lewis’ fight at UFC 265 will be his third in Houston under the UFC banner and fifth overall in his pro career, and he is undefeated with four knockouts in those fights. The previous success in “H-Town” doesn’t ease the nerves nor the pressure, though.

When asked about it, Lewis admitted he “wasn’t prepared” for the craziness of essentially hosting a title fight.

“It’s a lot of pressure,” he said. “I want to get the job done. I believe I can get the job done. I don’t want to let anyone down, like always, but it just seems a little bit more this week. Every fight seems so different. I’ve been here before. The nerves, or whatever, the anxiety, all of that, I’ve had that before, even worse sometimes, but it just still always feels new. It’s like just because I fought here before, it don’t mean anything. It’s new every time.”

Granted, making the last walk of the night and having the whole Toyota Center behind him doesn’t hurt, especially in fighting the undefeated Gane.

Since Gane made his UFC debut in August 2019, his ascent up the division has been akin to a rocketship. Six wins in less than two years, including victories over Dos Santos and Alexander Volkov. In each performance, Gane showed a swift, diverse standup game that seems diametrically opposed to Lewis’.

“He caught a lot of guys by surprise with his skill set,” Lewis said. “I’m a fighter here and there, in the cage, Octagon or whatever, outside, so I’m prepared for all types of guys like that, so it don’t matter to me.”

Lewis’ status as the UFC Knockout King is well documented. On twelve occasions, Lewis ended the fight with his signature celebration – chest thumping, Octagon pounding, serpent-like on the canvas and all. It’s what makes him a fan favorite. That, and his keep-it-real attitude with a sly sense of humor that you can easily miss if you aren’t paying attention. 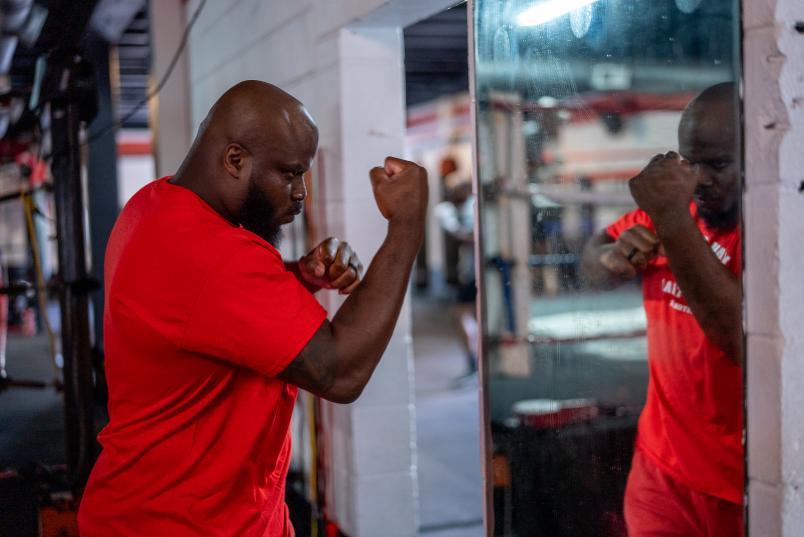 Although the reputation of a brawler is self-cultivated and well-earned, there’s more to Lewis’ game than he’s often given credit for in terms of all-encompassing skill. His takedown defense has improved fight after fight, and his ability to get up off the mat when it seems like his opponent is in complete control is rather legendary. Gane’s corner is aware, though, and has complimented Lewis’ fight IQ all week, and on fight night, Lewis hopes his performance sheds a bit more light on that overall game.

“I like to swang-and-bang here and there,” Lewis said. “I like to dibble and dabble, but also, a lot of people underestimate the other skill sets that I have on the ground and my takedown defense. My conditioning, really. It might look like I’m tired, but trust me, I’m really not that tired because I’m still standing.”

Of course, heavyweight fights are always marketed as a “don’t blink” affair. Lewis has criticized Gane a little bit for cruising to decisions and not going for knockouts in his recent fights, but with a guy like Lewis coming at the Frenchman, it’s hard to imagine this title fight reaching the full 25-minute limit. 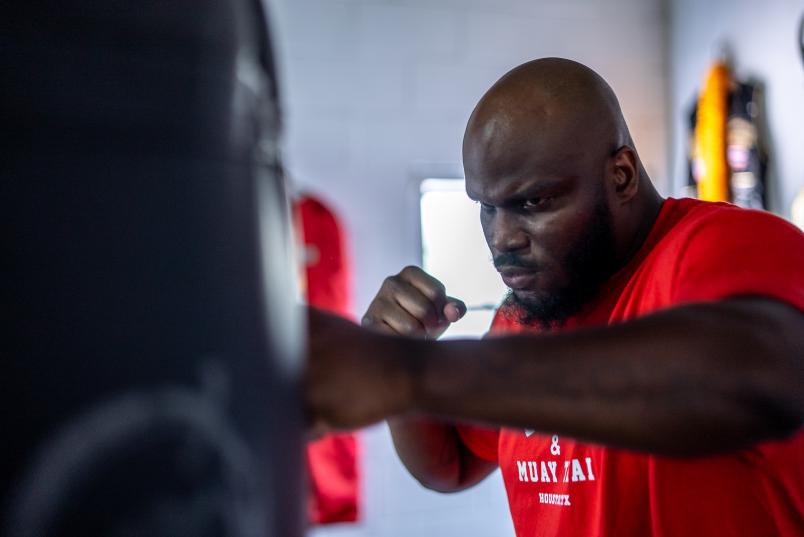 Regardless of how long the bout lasts, though, both men know what’s waiting for them on the other end. Heavyweight champ Francis Ngannou looms over the whole event, and “The Predator” will likely enter that unification bout with plenty of feelings about the whole idea of an interim belt.

Lewis said – with a smirk, so take it as you will – that the interim belt doesn’t mean a whole lot unless it’s “got value.” Value, as in if the belt is worth gold, he might think about pawning it. Of course, beating Gane and getting that interim belt means a big rematch with Ngannou (who Lewis defeated in 2018), and that payday is enticing in and of itself. After some musing, Lewis decides that piece of the title is valuable is some capacity, putting it only the way “The Black Beast” can.