Derek Brunson - The Guy to Watch

A little over two months ago, as Derek Brunson was readying to step into the Octagon opposite Uriah Hall in Hidalgo, Texas, the surging middleweight and I spoke on the phone about how someone with his string of first-round stoppages and overall 6-1 record since arriving in the UFC via Strikeforce could still be flying under the radar.

When the final product was submitted and published, the title summed things up nicely: Time to pay attention to Derek Brunson. 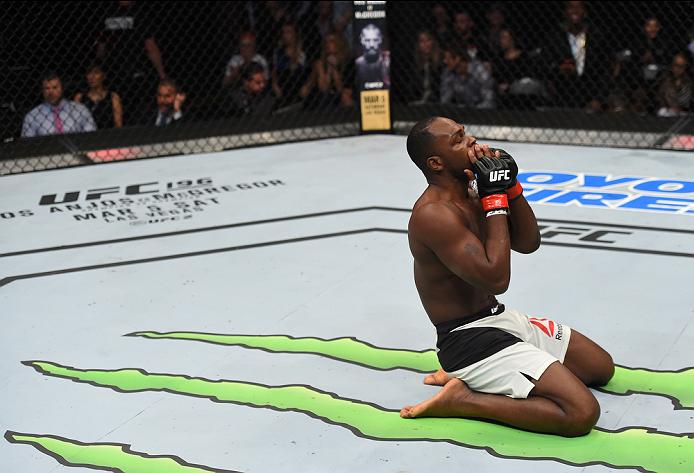 A few days later, the 32-year-old Wilmington, North Carolina resident rolled into the Octagon and laid out Hall in less than two minutes, picking up his fourth straight first-round stoppage win and extending his winning streak to five. In a turbulent division where ranking positions are changing following every event, Brunson is arguably the hottest middleweight on the roster and yet some people still aren’t sold on the Team Jackson-Winkeljohn product.

“My resume speaks for itself,” Brunson says. “Look at the guys I’ve beaten. I’m going out there and getting it done, so I think I need a little more marketing behind me.”

It’s easy to see where Brunson is coming from.

Through eight UFC appearances, the only man to get the better of Brunson is new No. 1 contender Yoel Romero, and Brunson had sprinted out to an early lead before falling victim to what has become a trademark third-round comeback win for the former Cuban Olympian.

Yet that time under the radar may be ending this week, as Brunson’s headlining clash against Robert Whittaker in Melbourne this Saturday is a highly anticipated one featuring a duo that has won a combined 10 consecutive fights inside the UFC cage, establishing themselves as the top emerging threats in the 185-pound ranks in the process. And Brunson is ready for his close-up. Finally.

“I don’t want to call it ‘respect,’ but I think it’s due to my fighting style,” he said. “I go out there and finish guys so a lot of people don’t have a large sample of my work. You have the diehard fans that understand the sport who say, ‘Man, this guy is a beast,’ but then you have everybody else who thinks, ‘Dang – that was quick work; maybe the other guy isn’t as good as we thought?’”

Brunson laughs, knowing that his statement is both absurd and true; a perfect representation of the uneven perception many fans have about what a performance means based on what they know (or don’t know) about the fighters involved.

If a well-known fighter earns a couple quick stoppages in a row, social media is buzzing, beckoning for greater opportunities and more exposure for “their guy.” But in Brunson’s case, that backing from the vocal, passionate fans that are quick to champion fighters on Twitter hasn’t come.

“People don’t know me because they haven’t really seen me,” he says, chalking up his relative anonymity to the fact that he’s spent just 436 seconds in the Octagon in his last four fights. “I think they need to get more familiar with Derek Brunson as a fighter.”

This weekend’s bout with Whittaker has the potential to be the fight the three-time Division II All-American wrestler from the University of North Carolina at Pembroke needs to carry him into the spotlight and bigger opportunities in 2017. 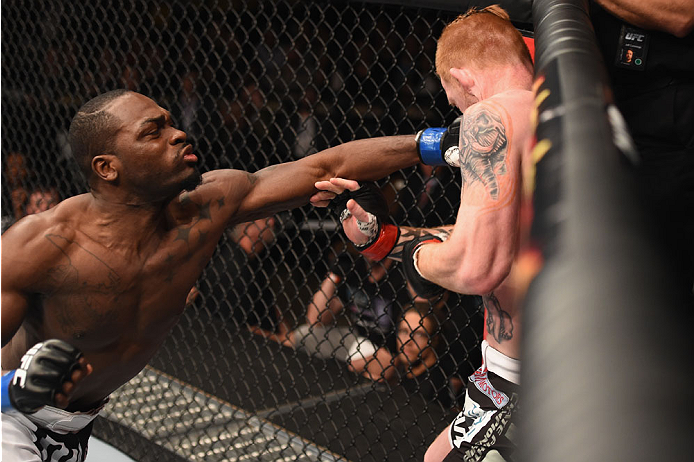 Originally pegged to be the co-main event, the bout was elevated to main event status when Luke Rockhold was forced off the card with an injury, scuttling his rematch with Jacare Souza. Like Brunson, Whittaker is on a roll, having collected four straight victories since moving up to middleweight to climb to No. 7 in the rankings, one spot ahead of the man he’ll face this weekend in Melbourne.

“He’s Australia’s top fighter right now,” Brunson says of his 25-year-old opponent, who carries a 17-4 mark into the Octagon on Saturday night. “They have Mark Hunt, they have Kyle Noke at 170, but he’s the highest ranked guy out of all their guys, so I expect the crowd to be in full effect, making a lot of noise, hearing a lot of boos kind of like when U.S. fighters go to Brazil.

“But all that stuff doesn’t matter to me. All that matters is that I know my overall goal and if I want to get there, each time I step out there I have to handle my business, especially now because I’m in a real good spot for a big fight and big things in the future.

“I’m the guy that’s going out there and finishing guys in the first round,” he adds. “I’m the guy to watch right now.”