Demetrious Johnson: It's about Progress, Not Legacy for the Flyweight King

Demetrious Johnson never loses his focus.
Where it’s often easy for fighters at the top of mixed martial arts game to let off the gas and soak in the fruits of the work invested, that’s not a road Johnson is willing to take. The Washington state-based fighter is as dialed in as they come at the highest level of the sport, and his dominant reign a top the 125-pound division is proof of his efforts paying off.

The 28-year-old AMC representative has been flawless since helping the UFC kick off the flyweight division back in 2012, and he has kept that run rolling up to the present. Along the way there has been a lot of talk about pound-for-pound lists and accolades for his placement among the most dominant champions in UFC history, but none of those things take hold in Johnson’s mind.
> READ: UFC 186 Fantasy Preview 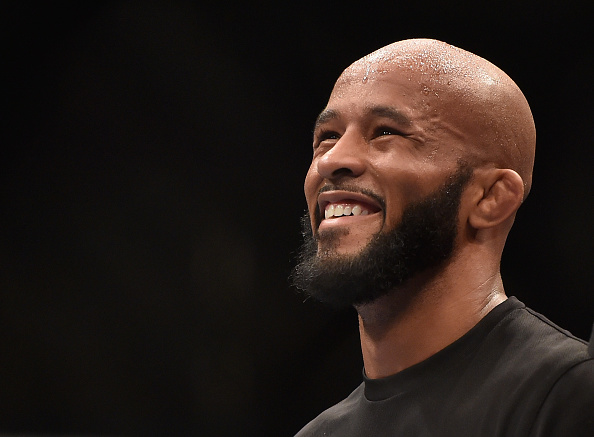 With nearly a decade of experience competing at the professional level, Johnson fully understands how quickly things come and go in MMA, and just how fleeting success can be. His understanding of just how quickly these turns can happen to even the best fighters is his motivation for the constant push forward.

Johnson treats each and every fight with the tenacity of fighting to become a champion again, as if his five previous title defenses never happened. As he heads into his next title defense against Kyoji Horiguchi at UFC 186 in Montreal, he’s not thinking about legacy or labels, as Johnson will be looking to validate all the hard work and lessons learned in the gym by defeating the Japanese contender on Saturday night.

It’s all about the process of progress where Johnson is concerned, and he’ll leave the ‘where it all falls in the greater scheme of things’ to the people who write and decide those matters.
> WATCH: UFC 186 Watch List

“I really don’t try to think about legacy all too much because I might leave something great behind, but then again, I might not leave anything behind. That’s why I just look at this fight as the next fight and hope to go out there and get the victory.

“It’s nice to get recognized as one of the greatest fighters in the sport alongside guys like Jon Jones, Jose Aldo and Chris Weidman. Those things are always nice, but I only focus on what I can do. Those labels don’t mean much inside the cage, so I put all of my energy and focus into putting on a great performance on fight night. All the other stuff about the pound-for-pound rankings are for the fans and media to dictate and I try to not pay too much attention to it.” 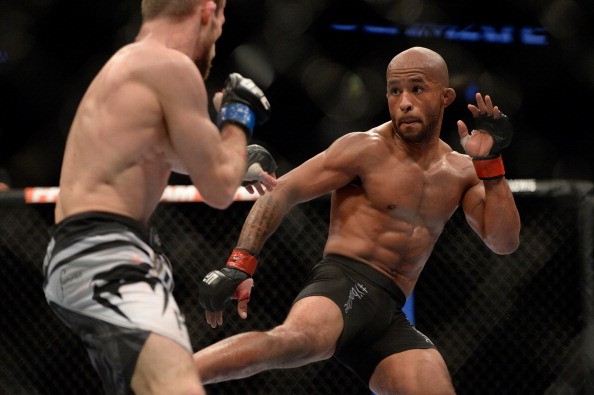 When the former WEC bantamweight contender turned flyweight champion steps into the Octagon against Horiguchi on Saturday night in Montreal, he will look to successfully defend his flyweight title for the sixth consecutive time. Throughout this run he’s battered and finished a collection of the best the 125-pound division has to offer, and this run vaulted Johnson toward the top of the pound-for-pound discussion.

Nevertheless, Johnson knows his upcoming bout with Horiguchi will come with some interesting challenges. And rather than worrying about the dangers the Japanese flyweight will present, Johnson is instead looking forward to solving those issues and looking to do it in spectacular fashion. He knows Horiguchi is going to show up to fight and that’s exactly what Johnson wants when the Octagon door closes on Saturday night.

“We were happy to get another opponent and (Kyoji) Horiguchi has looked amazing in his past couple of fights,” Johnson said. “We are ready to go out there and take it to him.

“I think I’m getting better with every fight and that’s the goal. In this training camp for Horiguchi I know I’ve added a few more pieces to my game. I know I’ve improved certain spots in my game as well. And when I go out there I’m going to show the world I’m constantly improving and always getting better.” 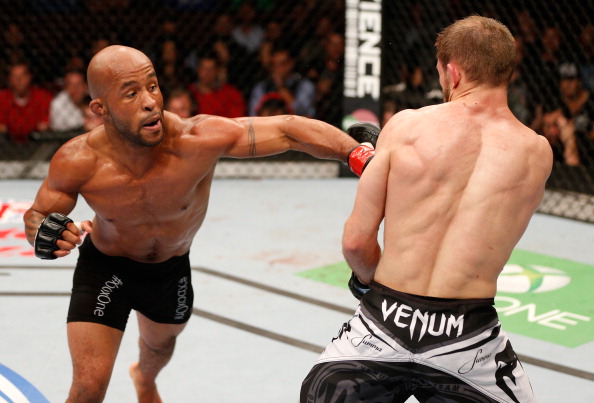 And therein lies the push. Where success has been known to dull a fighter’s competitive edge and slow down a once sharp natural instinct, Johnson has been conscious of not falling into those traps. Despite his constant run of success over the past three years, the scrappy flyweight champion has continued to show marked improvements each and every time out.

He manages this success by remaining focused outside of the Octagon and getting hyped up behind the backstage curtain on fight night. In the moments leading up to his showcase in front of the fighting faithful of the UFC fan base, Johnson knows everything he’s worked for and sacrificed to get could all be taken away in a lightning-quick turn. Therefore, it’s up to him to be the hunter and that’s precisely what he goes out to do on fight night.

“I’ve actually never told anyone this before, but what gets me hyped on fight night is when I walk up to this line of tape on the floor that says staging area. You get to that mark and I’m just in my shorts and my shirt and I’m just relaxing. They have the cameras on you and then my opponent’s music goes and he walks out. Next it’s my turn and each time I’ve done it there has been a woman standing there who is part of production and she starts to count down loudly from 10 to 1.

“The music kicks up as she’s counting down and that’s when I start getting butterflies. I start scratching my head just to get myself feeling awake. Then I make that walk to the Octagon and I’m all the way pumped up. It’s time to go out there and fight.”