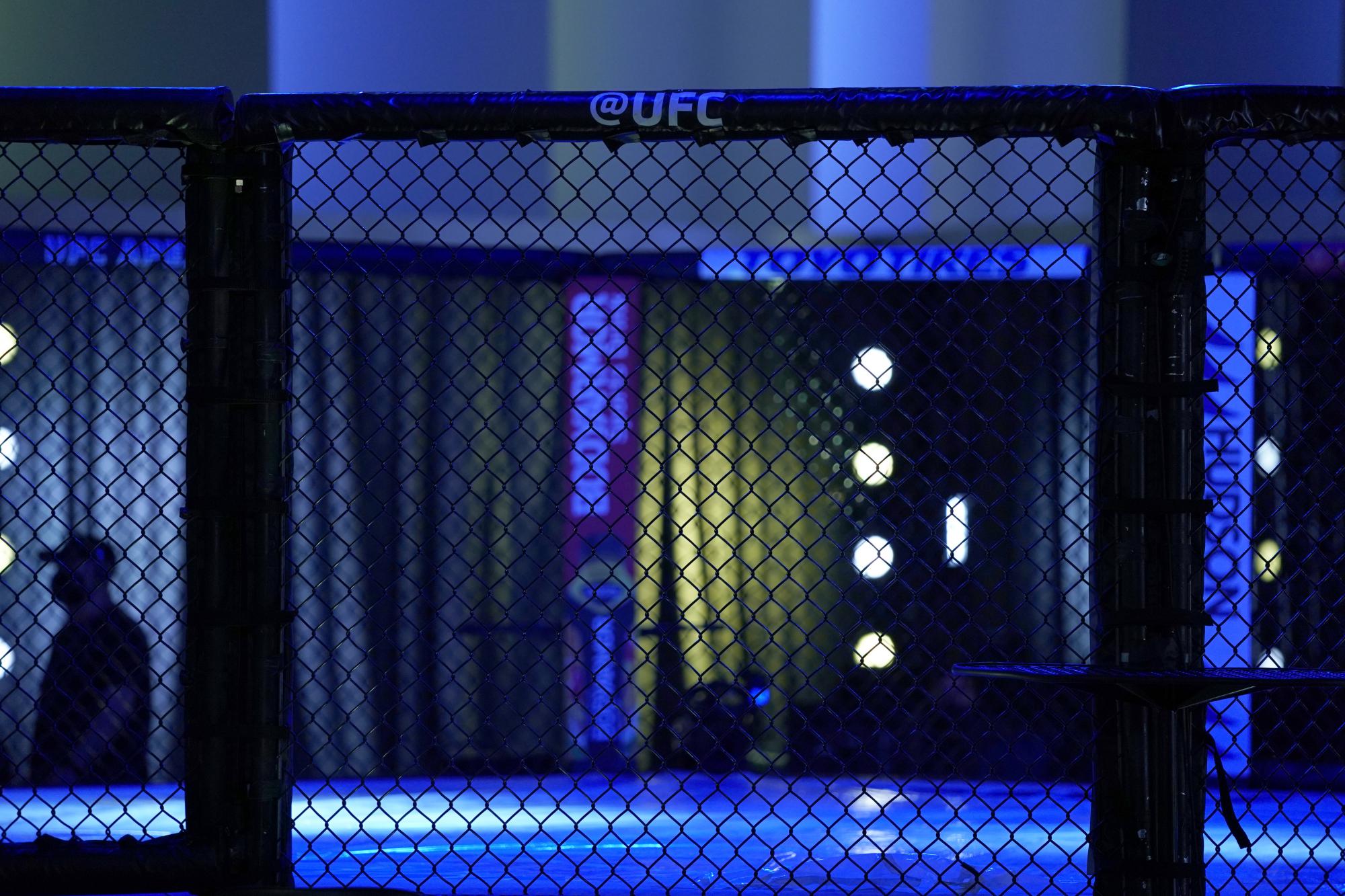 Demario Dennis Is Just Getting Started

Demario Dennis Made Lemonade Out Of Lemons After Viral Bout On UFC FIGHT PASS
By Walker Van Wey • Dec. 31, 2020

In one of the most soul crushing years to date, UFC FIGHT PASS hosted one disappointment in 2020 that stood far out above the rest.

Battling though the COVID lockdown, XFN jumped through the necessary hoops to host a one-night heavyweight kickboxing tournament with $10,000 ready for the winner. With an original scheduled date of March 27, XFN 367 was pushed back to June 12 and the fighters were more anxious than ever. After yet another postponement to August 7, every heavyweight on the card was salivating for the chance to compete and make up for the months of lost income.

One of the fighters on the card was GLORY kickboxing veteran Demoreo Dennis.

No stranger to the fight game or one-night tournaments, Dennis had one goal in mind coming into XFN 367 and that was simply to leave the tournament knowing he beat everybody that was put in front of him. But oh, how things changed when he drew Haze Wilson for the quarterfinal round.

“I actually had a fight with him a couple years ago and it went five rounds for the XFN heavyweight kickboxing title and again I felt like I won that fight and again I got hosed,” Dennis explained. “So when I drew him for the first fight, I knew I was the better fighter and I knew the kind of work I was putting into it. I knew I was going to go out there and try to knock him out and that felt really good to me.”

While the knockout wasn’t worth $10,000, it did earn him Knockout of the Night and put an exclamation mark in the face of the judges who he felt wronged him before.

Dennis cruised through the semifinals and found himself in the championship fight, with $10,000 within arm’s reach. To walk out of the building the winner he’d have to get through a man with over 50 professional bouts to his name, Rob Morrow.

While intensity continued to rise through the night, so did the ring announcer’s excitement. Fight after fight, K.C. Lupp’s time on the microphone seemed to grow.

“Ladies and gentlemen, before I get to this, I want to thank you,” Lupp said from the center of the XFN cage before the main event. “My name is K.C. Lupp, your ring announcer for Xtreme Fight Night 367. It’s so good to be back. It’s so good to be at River Spirit Casino here in Tulsa, Oklahoma and thank you to everyone watching on UFC FIGHT PASS! Make some noise, Tulsa! And now we’ve reached it. The main event. Are you ready? For $10,000 let’s bring these kickboxers back to the cage.”

After the extended intros, both fighters were given their final introductions, and following a close up to the camera, a Ric Flair “Woo!” and a dramatically spaced out, “Here we go!” the cage doors were closed, and the fight was on.

Morrow and Dennis went the distance, giving everything that was left in the tank to secure their own Cinderella story. Would Morrow, the man who came into the tournament as an alternate, walk out victorious or would Dennis carry the redemption high from his finish in the quarterfinals all the way to the tournament championship? The two waited on the judges’ scorecards with the money and the title on the line when it happened.

“Ladies and gentlemen, I want you to make some noise for these kickboxers right here,” ring announcer K.C. Lupp said as the fighters and fans waited for the decision to be read. “An exhausting night of fighting all comes down to this. It goes to the judges’ table after three rounds. Judge Mike Bauer scores the bout 29-28, Rob Morrow. Judge Sarah Atwood scores the bout 29-28, Demoreo Dennis. Judge David Sutherland scores the bout 29-28 for your winner by split decision, the heavyweight tournament champion and winner of $10,000, out of the BLUE CORNER!”

Immediately Dennis threw both hands up in celebration and for about two seconds thought he was walking out a different man than he came in.

“No!” Lupp abruptly said on the microphone. “Ladies and gentlemen, we wrote blue. I’m sorry it says blue. But it is a split decision. It is out of the red corner. It is Rob “The Destroyer” Morrow.”

Disappointment set in for the Oklahoma native, but Dennis never hung his head. He simply congratulated Morrow and went back to the dressing room as it all hit him.

“I admit when I was backstage taking my stuff off it stung a little bit,” Dennis said. “I left with a good amount of money, but it could have been more.”

There was no embarrassment from Dennis. He even felt no ill will towards ring announcer K.C. Lupp for the missed call. Dennis was more annoyed with the judges’ scorecards than anybody else involved in making his Charlie Brown moment a viral video.

“I’m fine,” Dennis said. “I know I beat every person they put in front of me. From the looks of it, it just looks like a judge didn’t like me.”

No fighter should ever have to go through this pain pic.twitter.com/Q1zoT3Rxmb

A self-proclaimed former hothead, Dennis went on to explain that it’s simply not worth getting upset about. The decision was made, and although he disagreed with it and the confusion could have been avoided, the only constructive way to move past it was to simply accept the disappointment.

“It’s one of those things, man. You can’t act like a baby in those situations,” Dennis said. “It sucks, but what is me acting a fool or throwing a fit, what’s that going to do for anybody?”

What Dennis didn’t realize though was that while he was in the locker room accepting the fact that he hadn’t won the fight in the eyes of the judges but was briefly led to believe it, the tweet of the wrong call was going viral.

The sub-60 second video has racked up over 58,000 views, with over 100 quote tweets, including a post from Barstool Sports’ MMA channel, “Spinnin Backfist.”

Having one of the most disappointing moments of your life captured on film and circulating the internet is the stuff of most people’s nightmares, but with comment after comment, the sentiment seems to be the same across the board. That should have never happened.

There really is no tragic end or fairytale end beyond accepting the incident. Dennis assures that all-in-all, it didn’t go his way but the exposure from being able to compete that August night turned out to be a blessing in disguise.

“I had a good experience, more people know me now and that’s what matters in this situation,” Dennis explained. “I tried not to dwell on it. I just hope that the exposure and people seeing me perform will benefit me and lead to me getting more opportunities.”

This situation may not be what “Super” Demoreo had in mind, but hopefully any press is good press.

Watch all of XFN 367 here: https://ufcfightpass.com/video/159489/xfn-367-one-night-heavyweight-tournament