A Decade’s Dozen – The Fights

What were the best fights of the last decade? Read on for one scribe’s opinion, as the Highly Unofficial Decade Awards continue…

If you happened to doubt the punching power of Shane Carwin, it didn’t take long for you to become a believer in July 2010, as he cracked Brock Lesnar in the first round and proceeded to lay down a hellacious beatdown on the then-heavyweight champion. It was a stunning turn of events that was topped by Lesnar’s ability to weather the storm to make it out of a round he had no right surviving. Then, as the bell was about to ring for the second round, he smiled at Carwin just before taking his exhausted challenger down and submitting him with an arm triangle. 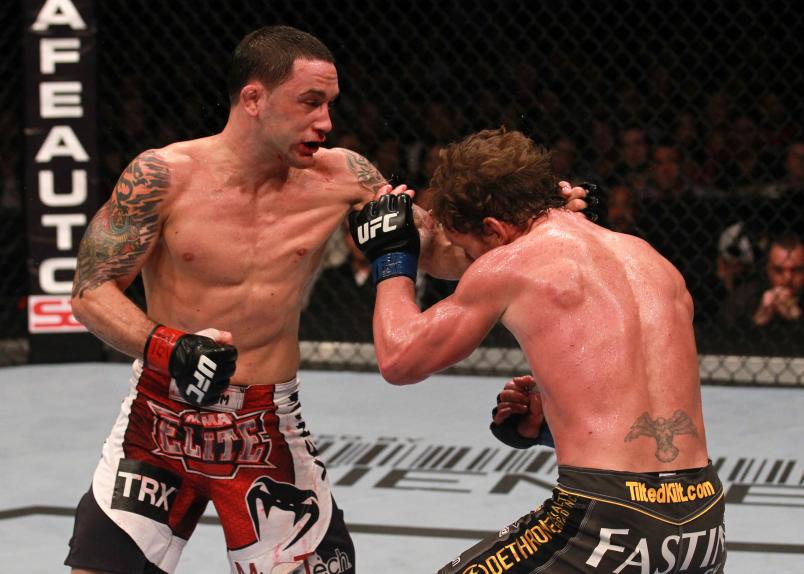 Perennial underdog Frankie Edgar filled that role once again when he defended his lightweight crown for the second time against the first man to beat him - Gray Maynard. And in the first round, it looked like the end of Edgar’s reign as he was knocked down multiple times by “The Bully.” Yet amazingly, Edgar roared back and the two lightweights traded shifts of momentum until a fair draw verdict was rendered at the end of five fast-paced rounds.

If you watch a fight and get to see top-level technique or an action-packed brawl or an amazing display of heart, you’ll undoubtedly be happy to see at least one of the three. Two? That’s a Fight of the Year candidate. All three, like we saw in the UFC 139 bout between Dan Henderson and Mauricio “Shogun” Rua in November 2011? That’s all-time great territory right there, and that’s what this fight was. From start to finish, you saw everything that makes mixed martial arts great, and you saw two of the sport’s superstars doing it, fighting as if there was more than a win on the line in San Jose. For nearly half an hour, Henderson and Rua traded blows that would have knocked out lesser men, pulled off amazing escapes and comebacks, and truly left everything they had in the Octagon. Even before Henderson left the Octagon with the decision victory, it was clear that this was something special.

No one wants to leave on a loss. Of course, that’s usually how it goes in the unforgiving world of combat sports, and Brian Stann’s last bout was no different. But the way you go out says a lot, and if you’re going to have your last fight be a defeat, you want it to be in a fight that fans will never forget. That was most definitely the case in March 2013, when Stann and former PRIDE star Wanderlei Silva engaged in a savage slugfest that saw multiple knockdowns, endless haymakers, and a general disregard for personal safety. Silva emerged victorious in the second round, but as Stann said in UFC magazine after his subsequent retirement, “I can live with losing, as long as I tried to win.” 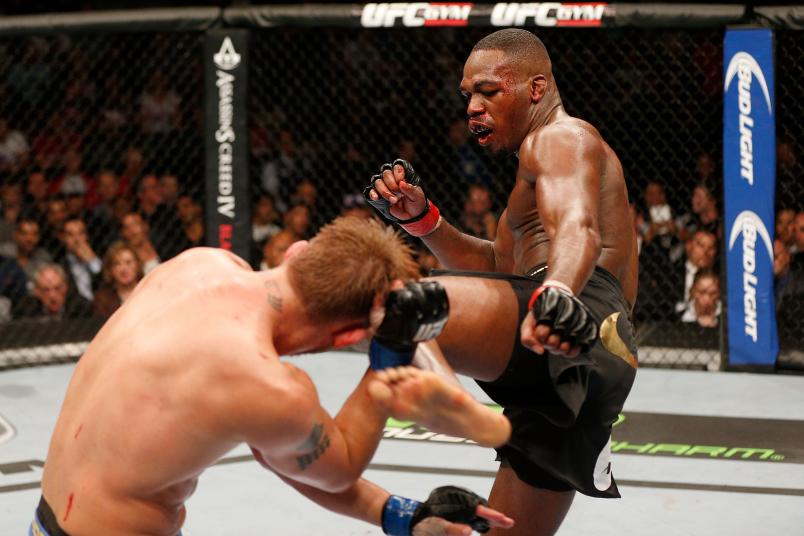 On the verge of setting a new light heavyweight record for successful title defenses, Jon “Bones” Jones’ performances in the Octagon made him appear to be unbeatable. But in Sweden’s Alexander Gustafsson, he found a worthy rival. For five rounds at UFC 165 on September 21, 2013, the two battled it out on nearly even terms, with Jones in danger of losing his crown until a late surge allowed him to escape with a decision and his title.

No one expected the December 2013 heavyweight clash between Mark Hunt and Antonio Silva to go five rounds. Most thought getting it into round two would be a stretch. But not only did these former training partners go the 25-minute distance, but they delivered an epic back and forth battle where the only fair verdict – a draw – should have been rendered. And it was, leaving no losers in Brisbane, Australia. Of course, Silva’s test after the bout for elevated testosterone levels put a damper on the post-fight euphoria from this battle, but the memories of the bout itself remain intact. 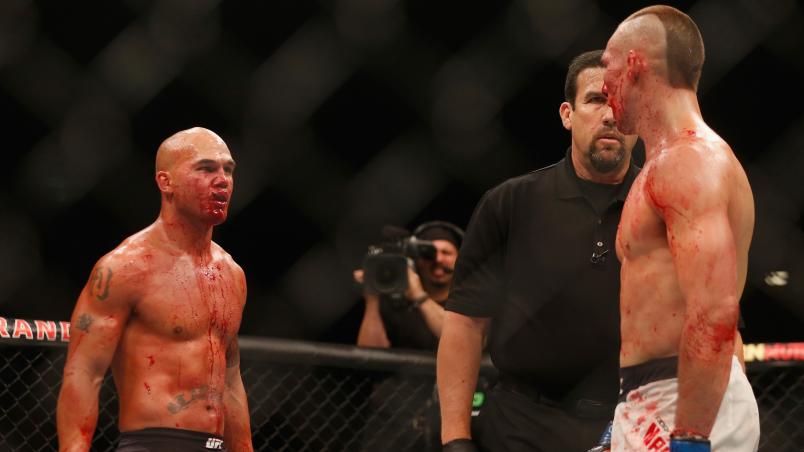 Most fight fans would have watched Robbie Lawler and Rory MacDonald stare each other down in the center of the Octagon after the fourth round of their UFC 189 war and said, ‘Okay, Fight of the Year.’ It was that good, a moment of calm in the midst of a punishing 20-minute battle, as the two battered and bloodied welterweights assessed each other for a few seconds before returning to their corner. A minute into the next round, Lawler finished MacDonald, who was perilously close to taking the welterweight title in the third frame. Even more notable is that according to the scorecards, Lawler needed a finish in the final round to keep his title. Drama, momentum swings, displays of courage that show just what it takes to be a professional fighter – this fight had it all. 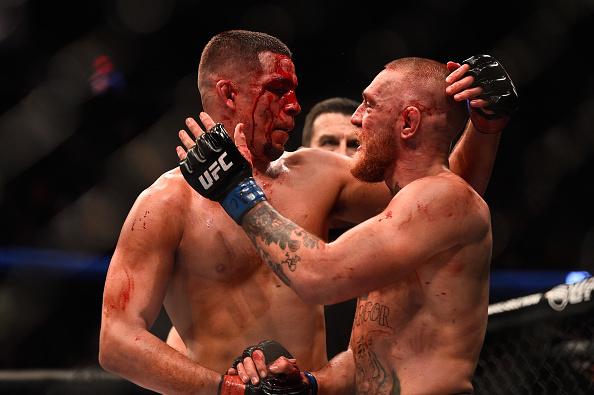 Sure, the hype machine was in full effect leading up to this August rematch, but when put on the sport’s biggest stage for a second time, both Conor McGregor and Nate Diaz stepped up once more. Filled with drama from start to finish, McGregor started fast and Diaz finished strong, but it was “The Notorious” one who emerged victorious via decision, evening the score with Stockton’s finest.

When the featherweight bout between Cub Swanson and Dooho Choi was announced, every fight fan worth his or her salt expected an epic battle that would steal the show at UFC 206 in Toronto. But did anyone really expect the fight to be this good? Well, it was, with Swanson silencing any critics that made him the underdog and Choi proving that despite his status as a knockout artist, he was no frontrunner. In 15 minutes of high-level and fast-paced action, this was the best of mixed martial arts on display for the world to see.

I’ll be honest - I was ready to be disappointed by the Justin Gaethje vs. Michael Johnson bout. With all the hype surrounding Gaethje’s UFC debut and the burden of him having to live up to his past efforts, there was no way he was going to deliver. But he did. As did Johnson, and when they were done staggering each other and nearly putting an end to the bout on several occasions, it was Gaethje emerging victorious via second-round TKO. This is one of those fights you show non-fight fans to convert them, and it’s one of the rare bouts that I can watch again and go through the same emotions the second time, even though I know what the end result is. In a world that throws the “warrior” term around too lightly in sports, Gaethje and Johnson earned it. 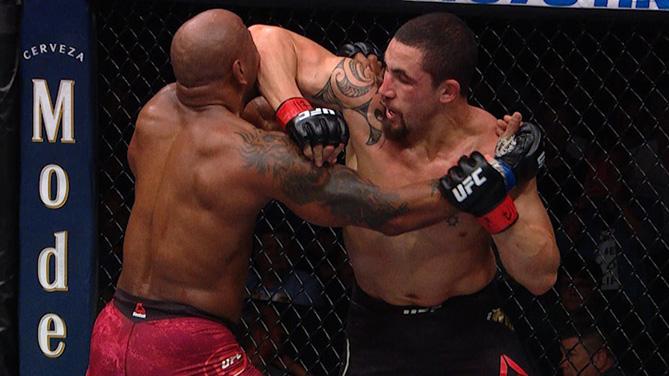 This is what you want in a championship fight. High-level action, intensity, drama, momentum swings and a close, some would say controversial, final verdict that went Whittaker’s way. Would I want to see Robert Whittaker and Yoel Romero do this a third time? Absolutely. 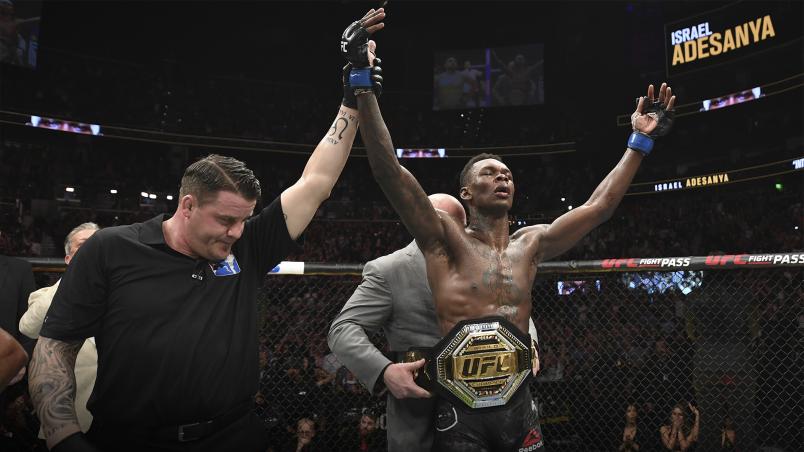 Despite going 5-0 in the Octagon, the knock on Israel Adesanya was that we had never seen him in a dogfight where he had to come back from serious adversity. Well, Kelvin Gastelum gave him all the adversity he wanted and more, and what resulted was (spoiler alert) the 2019 Fight of the Year. And in true championship fashion, it was Adesanya closing the show with a big fifth round that cemented the win on the scorecards. Yeah, “The Last Stylebender” is for real.