A Decade Of Development For Cub Swanson

During His Decade-Long Tenure In The UFC, Cub Swanson Has Developed Consistently Over Time To A Featherweight Force
By Maddyn Johnstone-Thomas • Dec. 17, 2021

Cub Swanson has learned a lot through his 10 years of being in the UFC. When he looks at the stages that he has encountered through that decade, the stage he is in now has brought him one of the biggest takeaways.

“It is so much more than winning and losing,” Swanson said. “You have to evolve as a human being with the sport or it will pass you by and that is something that I’ve been able to do. I have a family now, so I have so many more obligations that are important to me. I’m not going to give that up to train a little harder. Just not being selfish with my time has taught me to be a better dad.”

Being able to fight twice a year is something that Swanson always tries to aim for, something that he has accomplished as he prepares for his second fight of the year at UFC Fight Night: Lewis vs Daukaus. 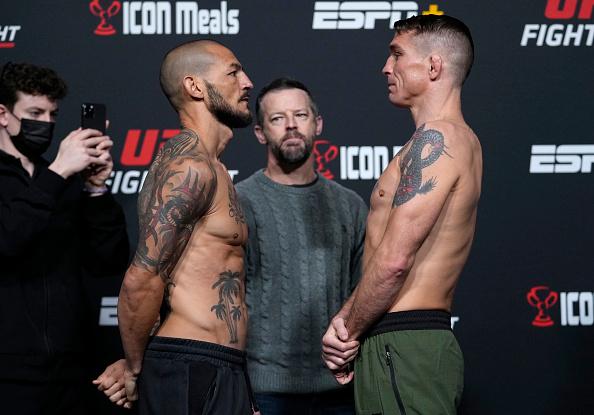 And as he enters this new stage of his life and begins creating new traditions with his family, being able to get this fight before the end of the year is something that the 38-year-old is grateful.

“Christmas is one where I like to have all that done and not have to worry about being in the gym and just be mentally there with my family,” Swanson said. “Just being able to fight by the end of the year is a good one for me. Knowing that you have a fight coming up in early January is difficult with New Year’s and Christmas, so fighting in December before Christmas is always a blessing for me.”

Swanson was originally scheduled to fight in October, but the fight got pushed back to this weekend, which allowed for the featherweight to have a longer camp. While some fighters like to jump from fight to fight with shorter camps, Swanson is the opposite. He looks forward to the longer camp for the mental and physical aspects that it helps with.

“You can have longer camps, as long as you don’t lose motivation, which when you’ve done this as long as me, you can’t do it this long without being self-motivated,” Swanson said. “Just saying ‘I’m going to take this week lighter and next week I’m going to pick it up’, it allows your body to absorb the punishment that we put on ourselves a little better.”

Swanson’s opponent is one that understands the lessons that one learns from being in the fight game for a long time. He’ll match up with 37-year-old Darren Elkins, who made his UFC debut in March 2010.

Both fighters have been in some wild fights and have showcased finishes for the highlight reels, and it is shocking to everyone, including Swanson, that the two haven’t crossed paths until now. But, for Swanson, the timing has never been more perfect.

“All my training partners wrestled in college at a high level, so I think my wrestling defense is good,” Swanson said. “I feel like his striking has gotten a lot better, so it is a more evenly matched fight for the fans than it would have been in the past.”

There’s no doubt that the respect is there between these two veteran fighters, but when the doors get locked on Saturday night, they mean business. During an interview with UFC.com, Swanson acknowledged that Elkins’ fights are always crazy because he’ll be losing and then will come back to win.

Being patient is part of Swanson’s key to success on December 18. 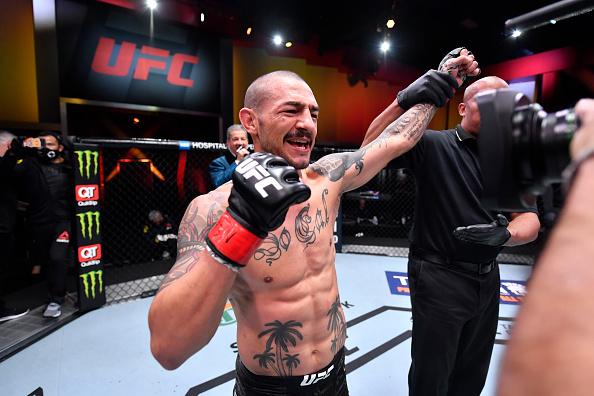 “If I hurt him, if I clip him, be smart and don’t let everything go and gas out. I know that if you don’t get a finish, he is going to keep a crazy pace to the very end, even if he is tired. I have to be smart and pick my shots and stay composed and be the veteran that I am.”

When he reflects on his 10-year adventure inside the Octagon, it’s one he is proud of. He’s proud of his longevity and consistency at a high level. As Swanson looks ahead to year 11, he has something exciting potentially brewing in the back of his mind.

“I’d like to try new things next year. I’ve even told the UFC, maybe 135. Guys are getting big at ‘45. I’ve seen the success of Jose Aldo and other guys dropping down, so who knows, maybe I try that out.”