Daniel Cormier, the self-proclaimed "King Of The Grind," experienced the power of Anthony Johnson on Saturday night. But even the most jarring blow from "Rumble" wasn't enough to deter Cormier, who submitted Johnson in the third round by rear naked choke to capture the vacant UFC light heavyweight title. 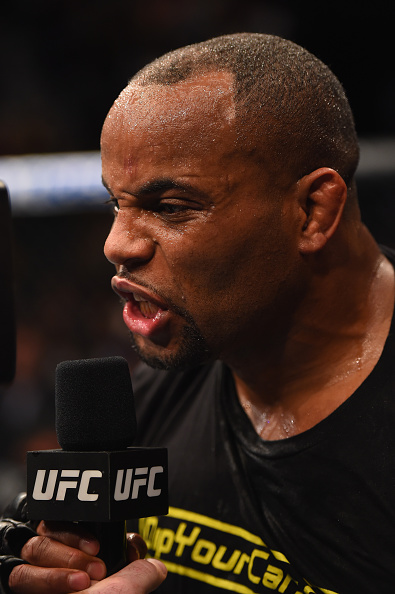 ormier didn’t expect a title fight so soon after losing to Jon Jones in January, but after Jones was stripped of the title and the two-time Olympian got the chance to compete for the vacant crown at the MGM Grand Garden Arena in Las Vegas, he made the most of his second chance.
Cormier’s first act as champion was to call out the former king.

Jones was suspended indefinitely and stripped of the title he held since 2011 after being involved in a hit and run accident that resulted in a felony charge of leaving the scene of an accident involving personal injury.
>WATCH: Order UFC 187 Replay

The first punch Johnson landed, a looping overhand right, sent Cormier sprawling to the mat. Cormier recovered quickly and was able to lock up with Johnson, eventually putting him on the canvas. Johnson didn’t stay there long, but Cormier was relentless with his pressure, smothering the Georgia native against the fence. 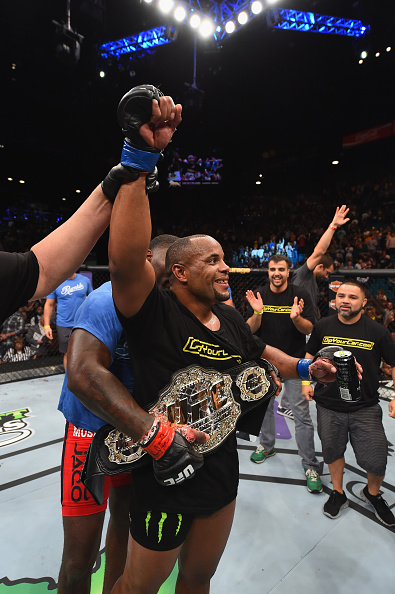 With two minutes remaining, Johnson got free and began unleashing bombs again. Cormier was able to withstand the onslaught, and with a minute left, he bulled Johnson to the fence, a strategy that didn’t please the fans, but that was clearly effective.

Johnson drilled Cormier with a right hand and two ferocious head kicks to open the second round. Cormier’s response was to lift Johnson and slam him in the middle of the Octagon. After a series of ground strikes, Cormier worked for a kimura three times but let each attempt go in order to continue his striking attack on the mat, with few answers coming back from “Rumble,” who was cut by Cormier’s elbows.

A strong start once more by Johnson went for naught when he slipped to the mat early in the third. Johnson was able to get a quick takedown, but Cormier stood up and took control against the fence. With two minutes gone, Cormier took his foe’s back and locked in the rear naked choke, with the tap by the exhausted Johnson coming moments later at the 2:39 mark.

“Tonight, I might have lost, but you should never give up,” a gracious Johnson said. “No matter what happens in life, keep pushing.”