DC proves he deserves belt in dominant display at UFC 220 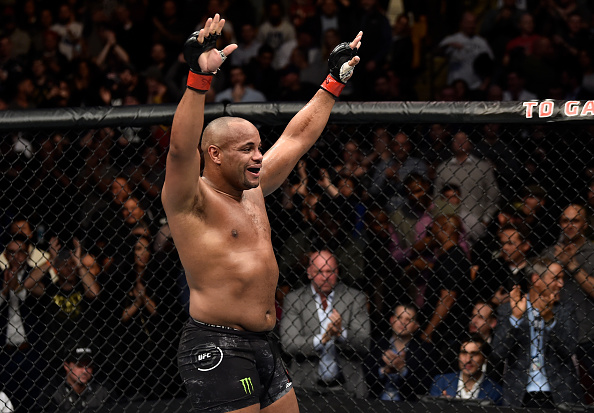 After a spectacular 2017 campaign that saw him vault into a title fight in the space of three wins, Volkan Oezdemir saw his winning streak come to an emphatic end in the UFC 220 co-main event at TD Garden on Saturday, as Daniel Cormier successfully defended his UFC light heavyweight title, stopping Oezdemir in the second round.

“It feels good to get back in here and get a victory,” said Cormier, who was coming off a no contest against Jon Jones last summer.

Oezdemir went after the finish immediately, tagging Cormier with hard lefts as he kept the champion off balance in the middle of the Octagon and against the fence. With a little over three minutes left, Cormier began firing back and pressing the action, and it slowed Oezdemir’s attack a bit. With 90 seconds left, Cormier stung Oezdemir and appeared to have him hurt, but the Switzerland native, whose right eye was now marked up, fired back. It was “DC” in control at the end, as he took his opponent down and nearly sunk in a rear naked choke before the horn sounded.

Cormier grounded Oezdemir early in round two, now completely in control, and he went to work, pinning his foe’s arms as he fired off punches to the head. Oezdemir tried to escape, but it was to no avail, as the unanswered barrage of blows prompted referee Kevin MacDonald to stop the fight at the 2:00 mark of the second round.