DC on Conan tonight at 11pm ET on TBS 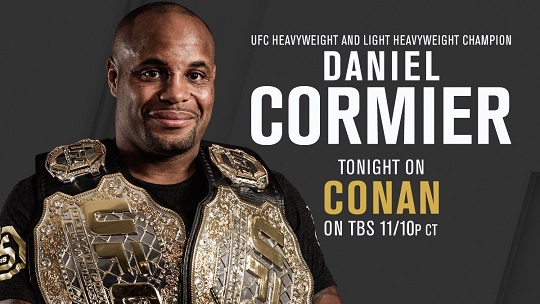 UFC heavyweight and light heavyweight champion, Daniel Cormier, will be back on “Conan” tonight to prove that he officially broke the ‘curse.’

After almost backing out of a scheduled appearance on the late night show last month, Cormier admitted that he was fearful of his fate - a number of recent athletes that have appeared on the show have gone on to lose their fight.

However with Daniel’s dominant win against Stipe Miocic this past Saturday, he can prove all the critics wrong. He will fulfill his promise by bringing both belts to the studio set as a two-division champion.