On This Day in UFC History: Reality Check

UFC 59 marked the first time the Octagon landed in the state of California, and the stars were out in force on April 15, 2006. From Cali favorites Nick Diaz and David Terrell to UFC champions past, present and future like Sylvia, Arlovski, Ortiz, Griffin, Sherk and Tanner, there was something to see for every fight fan.

Here’s how it looked that night at Arrowhead Pond in Anaheim 14 years ago.

In MMA, fortunes can change in a split second.  Just ask Tim Sylvia and Andrei Arlovski.  Within moments of rocking and dropping Sylvia with a big right hand to the jaw in their UFC 59 heavyweight championship bout at the Arrowhead Pond, the champion soon found himself without a belt as Sylvia rebounded with a right to the jaw of his own that allowed the Maine native to regain the championship belt he had sought for over two years.

The bout, which was held before a sold-out crowd of over 17,000 which witnessed the UFC’s first show ever in California, was a rematch of a February 2005 bout won by Arlovski in the first round. 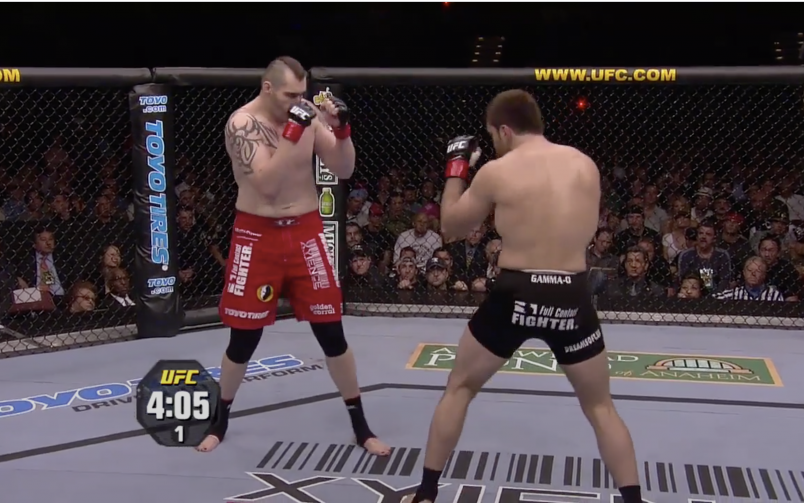 In the UFC 59 co-feature, the legend of Forrest Griffin grew.

Despite dropping a split decision to former UFC light heavyweight champion Tito Ortiz, ‘The Ultimate Fighter’ season one winner won over a partisan crowd and gained even more fans with a courageous performance and comeback that marked him as truly one of the best 205-pounders in the game.

It was Ortiz’ night on the scorecards though, as ‘The Huntington Beach Bad Boy’ earned the close verdict via scores of 30-27, 28-29, and 29-27, as a huge first round and a few big moments in the final frame proved to be the difference.

Oddly enough, this instant classic was almost over in the first round.

With the crowd erupting as John McCarthy waved the fighters into action, both fighters began trading, with Ortiz quickly securing a takedown and then opening up on Griffin, who had no answers for Ortiz’ brutal ground and pound.  Finally, with a little over a minute to go, Griffin escaped and opened up with both hands, briefly jarring Ortiz, who fired back and put his foe on the mat again as he pounded his way through the remainder of the round.

Ortiz’ jab was on target to begin round two, with Griffin’s punches landing, but lacking pop.  Later in the frame, Griffin stuffed some Ortiz takedown attempts and seemed to have regained his confidence as he tagged Ortiz with a series of roundhouse punches that may not have been hurting his foe, but they were scoring points, and suddenly it was a brand new fight entering the final round.

Looking to regain control, Ortiz tried the takedown twice more early in the third, only to be rebuffed each time.  Finally, with under two minutes to go, Ortiz got his first takedown since the first round.  This time it was Griffin doing much of the work from the bottom though, and when the Georgian stood up and started trading with Ortiz it was a moment and a fight fans wouldn’t forget. 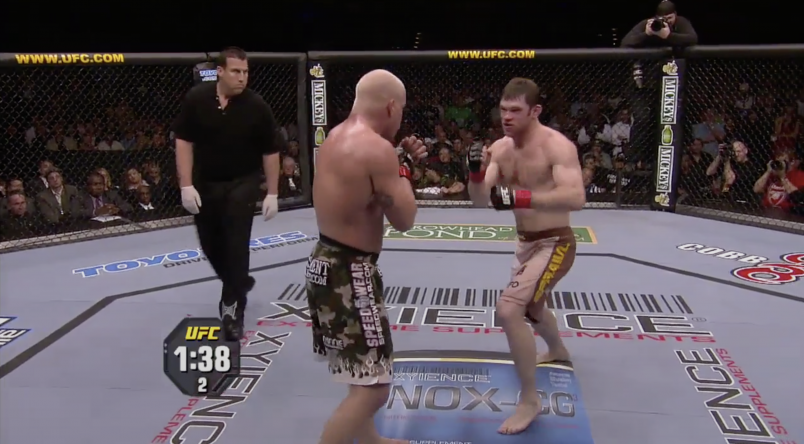 Sean Sherk made his last fight at 170 pounds a winning one, as he outpointed Nick Diaz unanimously over three rounds in a bout that was a lot closer than the three scores of 30-27 would indicate.

Jeff Monson continued his rise up the heavyweight ranks with a split decision win over Marcio Cruz.

Karo Parisyan may have missed his first punch of the night, but he was rarely off the mark for the rest of the four minutes and forty four seconds he pounded on Nick Thompson as he recorded a first round submission due to strikes victory. 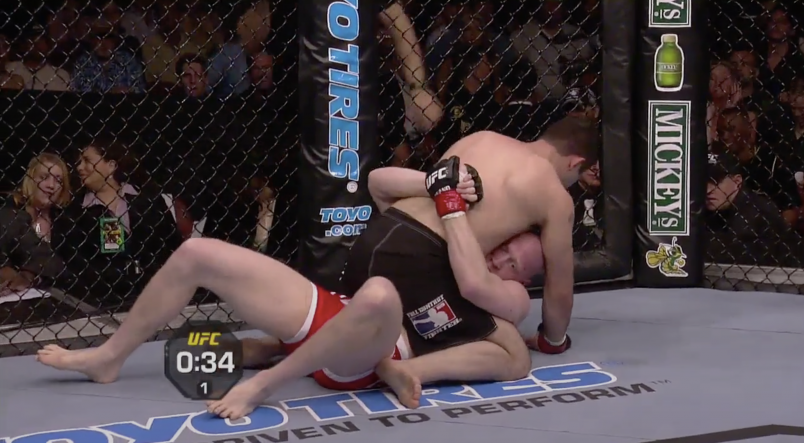 David Terrell made his return to the Octagon for the first time in over a year a successful one as a submitted Scott Smith with a rear naked choke in the first round of their middleweight bout.

Jason Lambert improved to 2-0 in the UFC with a second round TKO win over Terry Martin.

In the welterweight opener, Thiago Alves erased the memory of a 2003 submission loss to Derrick Noble by stopping his foe with a barrage of strikes in the first round of a scheduled three.

Tags
On This Day