This Day in UFC History

New Year’s Day has traditionally been a day to sleep in late, watch some college football and recover from the festivities of the night before. That wasn’t the case on January 1, 2011, when the first and only UFC card held on the holiday took place at the MGM Grand Garden Arena.

And there was no post-celebration hangover in Las Vegas that night, with a star-studded card headlined by one of the best fights in UFC history. That main event was a rematch between UFC lightweight champion Frankie Edgar and challenger Gray Maynard, and while their first bout in April 2008 (won by Maynard via decision) wasn’t exactly a barnburner, the rematch three years later was highly-anticipated by those waiting to see whether Maynard could extend his nine-fight UFC unbeaten streak against Edgar, who was fresh from a pair of victories over BJ Penn.

This one didn’t take long to heat up, either. Here’s how we called it from Octagonside.

LAS VEGAS, January 1 – By all rights, Frankie Edgar never should have made it out of the first round of his UFC 125 main event against Gray Maynard. But after surviving multiple knockdowns in the opening frame, the UFC lightweight champion roared back to retain his belt with a five round draw in an exciting bout at the MGM Grand Garden Arena that kicked off the 2011 fight year in style.

“It felt like the first round didn’t happen,” said Edgar, who made the second successful defense of his title. “It was a close fight.” 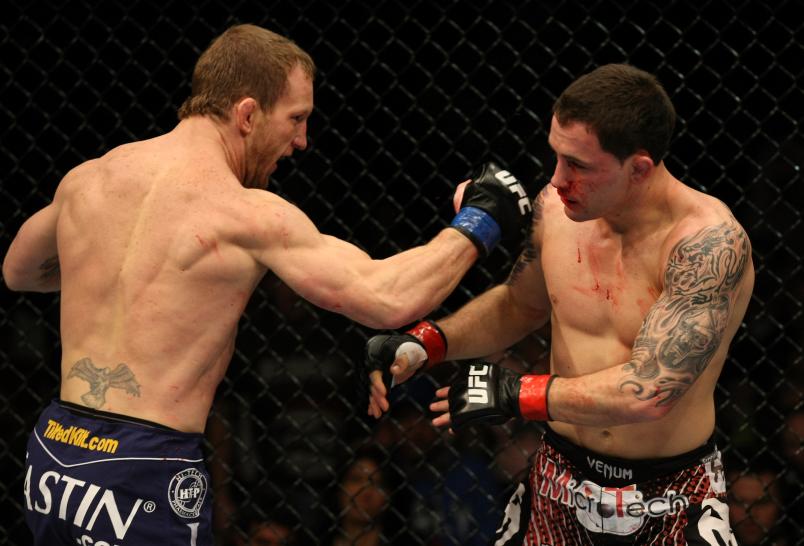 The two took their time getting acclimated to the bout in the opening minute, but Maynard announced his arrival to championship mixed martial arts a little more than a minute in with a left hook that hurt and dropped the champion. Edgar got up, only to be sent back down by a right uppercut. Maynard pounced, but amazingly Edgar weathered the assault.  Moments later, with Edgar now bleeding from the nose, Maynard struck with another hard right uppercut, and Edgar, his legs wobbly, once again seemed on the verge of defeat.  Yet by the end of the round, Edgar was firing back, and now the question to be asked was whether Maynard had gassed himself out.

Edgar opened the second round with a high kick, and he appeared to have his legs back under him as he moved around the Octagon and poked at the challenger with quick flurries. Maynard calmly strode forward, but his face was beginning to show the wear of battle and of Edgar’s resurgent offense. With less than 90 seconds left and the crowd chanting his name, Edgar responded with a quick flurry that opened a cut under Maynard’s left eye, and he followed up with a thunderous slam the ignited the crowd. By the end of the round, Edgar added a stuffed takedown and a right to the face as he emphatically got back in the fight.

“Just beat him up, you don’t need the knockout,” UFC Hall of Famer Randy Couture told Maynard between rounds. “You just gave him that round.” The champion wasn’t about to play along though, as he again used his stick and move strategy to perfection while also keeping Maynard from putting him on his back. Maynard kept stalking, and with less than 90 seconds left, he began to get closer with his power shots as he again brought blood from the New Jersey native’s nose before landing a takedown in the final minute. But even on the mat, Edgar kept battling, locking in a guillotine choke just before the bell. 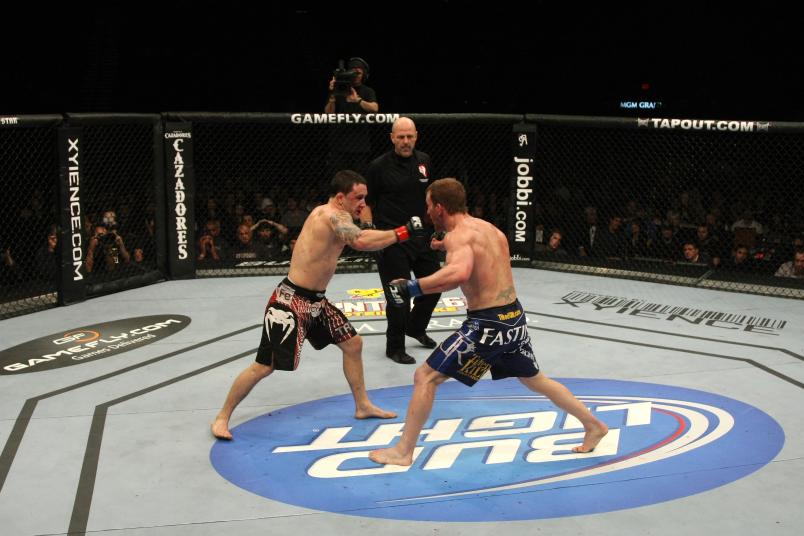 Edgar went on the offensive with a takedown and guillotine choke attempt to begin the fourth round, and while Maynard got up and escaped, the champion called on his wrestling for another takedown seconds later.  After the two rose, Maynard - in the fourth round for the first time in his career – continued to chase Edgar, who made him pay when he got too close as he continued his stirring comeback.

With five minutes to go, each shot carried the weight of the outcome on it, and each of these gutsy lightweights had their moments in the first half of the frame. In the second half, Maynard looked for the takedown but was turned back, and Maynard repaid the favor to Edgar, leaving this bout to be settled on the feet. With less than a minute left, Edgar tagged Maynard, Maynard fired back, and both were bloodied as they went toe-to-toe till the final bell.

Frankie Edgar is a hard man to please. Even wins don’t always satisfy “The Answer,” so it was no surprise when the pride of Toms River had the following to say after the draw with Maynard.

“I was just super disappointed. It was a draw and I was still the champ, but it felt like a loss to me. I hate losing. And I don’t think I really took into consideration the performance I put on after going through what I did in the first round, so I was proud of what I was able to do and how I was able to bounce back, but I didn’t win a fight. I may not have lost, but I didn’t win, and that’s always my main objective and the most important thing.” 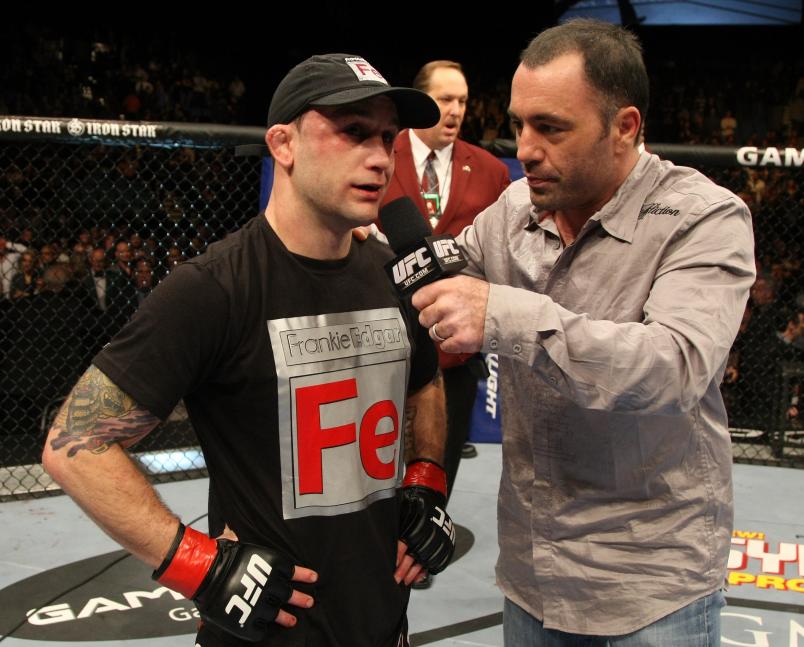 Edgar would get his win over Maynard in their third bout in October 2011, as he rebounded from being rocked again to knock “The Bully” out in the fourth round at UFC 136. He lost his title to Benson Henderson six months after the third meeting with Maynard, but remains one of the top fighters in the game, only now as a featherweight.

Maynard also made a stop at featherweight after going through a four-fight losing skid, but after a 2-1 record at 145 pounds, he returned to 155 pounds in October.