When Trevor Wittman’s morning alarm goes off on November 6, he won’t have any problem shaking off any grogginess. On that particular day, he’ll have a full plate cornering a pair of defending champions in Kamaru Usman and Rose Namajunas, as well as all-action lightweight contender Justin Gaethje, in Madison Square Garden at UFC 268.

“I’ll feel instantly awake,” Wittman told UFC.com from his ONX Sports facility in Denver, Colorado. “It’s not like you wake up and have to stretch and move around. You know it’s fight day, and it’ll feel like you had two or three cups of coffee in the sense that you feel your heart racing. If you’ve ever drank too much coffee and you get that little anxiety feeling – I call it anticipation, not anxiety – but when your heart beats a little faster than normal, but you’re telling yourself that you’re OK, and you had those three cups of coffee and you’re at work and you’re like, ‘Gosh, I feel paranoid for no freaking reason,’ that’s kind of what it feels like.”

Wittman said he might have anywhere from one to three breakfasts that morning, depending on how his athletes are feeling. A nap follows, though he admits he doesn’t get much rest. Rather, he spends the time with his eyes closed, running through different scenarios that might require his quick response. He also thinks about the simple, fundamental messages he wants to impart to his athletes as they prepare for battle.

The nap is followed with a shake-out for each fighter, which helps them manage the nerves a bit and gives Wittman a sense of where the athlete is at mentally and physically. As serious as the business at hand is, Wittman does his best to keep the vibes positive the best way he knows how.

“All day, there’ll be a whole bunch of dumb jokes in the sense that I just try to keep it really light,” Wittman said. “I try to make the jokes as dumb as possible just to kind of keep them light and keep them focused off the fight because you need to save it for the fight, especially mentally.” 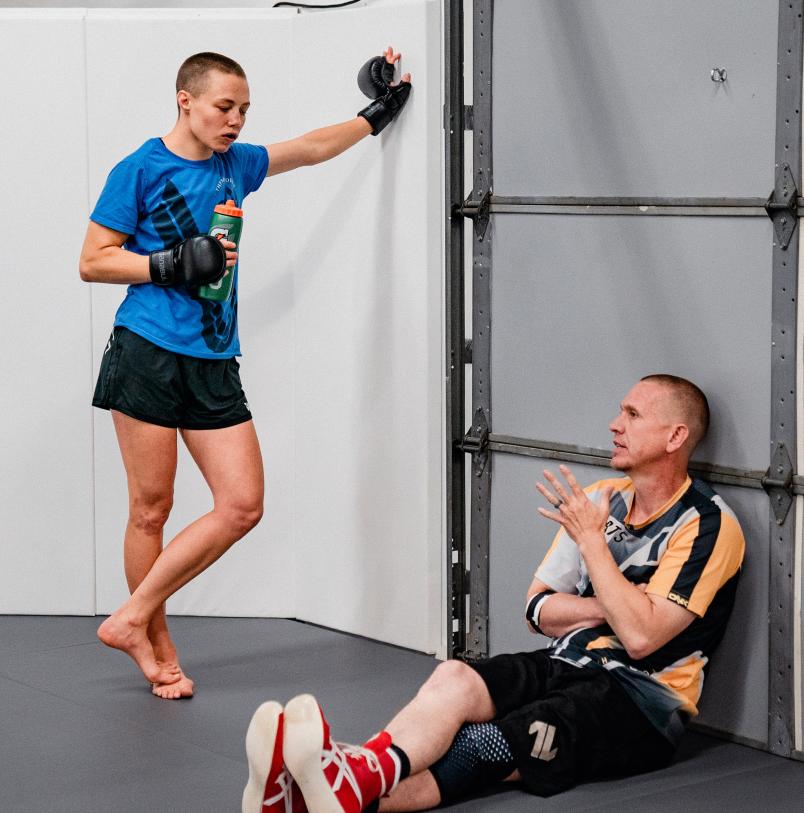 The jokes stop, though, around the time Wittman finishes wrapping the fighters’ hands. From there, it’s reaffirming those fundamentals preached throughout camp, the ones he thought about himself during the earlier “nap.”

“It’s the sense of, now we’re focused,” he said. “We’re dialed in. I plant seeds on what is our fundamental things to do, what to expect. I usually plant the seed on: expect a war in the sense that you’re ready for battle, you’re ready to go in there and face something that’s so scary, so that way you’re present and aware, and fear is a very, very powerful thing when it’s planted at the right time.”

He’ll go through that process thrice at Madison Square Garden. First, with Gaethje as he competes in what seems like a No. 1 contender fight against recent lightweight title challenger Michael Chandler. Then, Namajunas defends her title against Zhang Weili, and finally, Usman runs it back against Colby Covington in a rematch of their epic 2019 title fight at UFC 245. 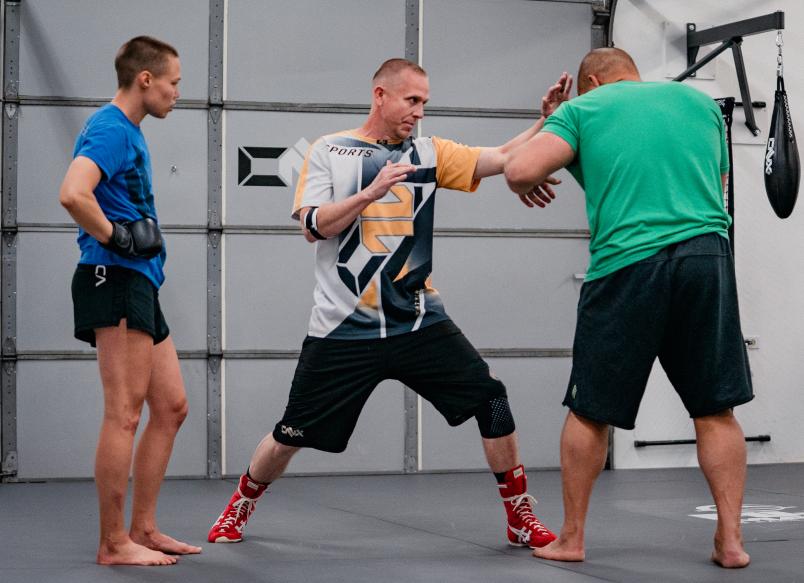 UFC 268 isn’t his first time cornering back-to-back title fights, either. At UFC 261, he coached Namajunas and Usman as they recaptured and defended titles, respectively. Although it was a successful night in terms of results, Wittman reflects on the night candidly in terms of how he managed his own emotions that night in Jacksonville, Florida.

After Namajunas regained the strawweight title with her first-round knockout win over Zhang, Wittman returned to the locker room as Usman prepared to defend his title in a rematch against Jorge Masvidal, but when he looked at the TV in the room, he couldn’t help but feel a rush of feelings.

“Rose has her pouty face, and she’s got the Monster can, and she’s hugging the belt, and it was the craziest thing,” Wittman said. “I instantly got emotional. I was like, ‘Oh, s**t.’ I had to turn away for a second. I usually do that after wins, but I’m like, ‘Hey, man. Keep it together.’ Francis (Ngannou) kinda looks at me, and I don’t think he’s seeing me wiping a tear because the tears came instantly. It was crazy, and I was like, ‘Stay focused.’”

However, an earlier encounter with Zhang’s coaches loomed over Wittman a little bit.

When Usman went on to knock Masvidal out in the second round of their rematch - putting to bed what was a heated rivalry between the two – Wittman didn’t go into the Octagon right away. He had noticed some of Masvidal’s guests talking trash, and, with the rebuffed handshake earlier in the night, Wittman said he got into “almost a rage standpoint” he hadn’t felt in a long time since becoming a coach. 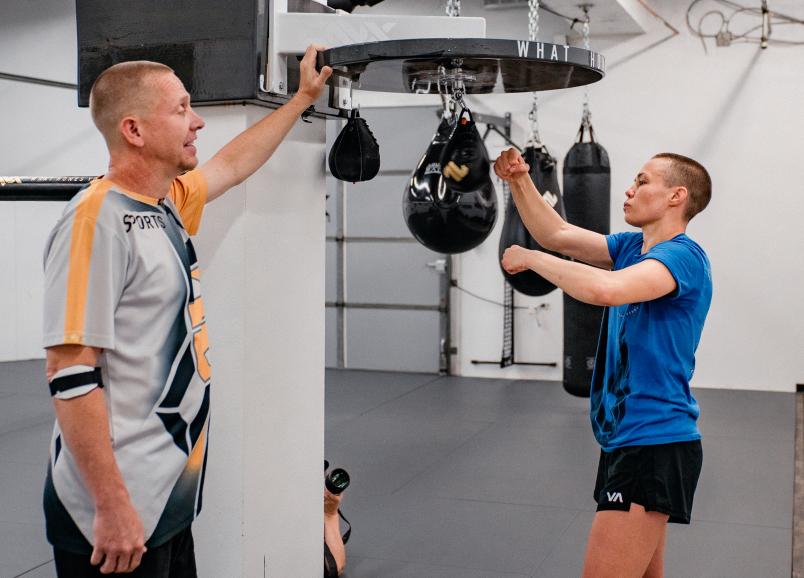 The moment and feeling passed, giving way to a celebratory night for the team, but Wittman admitted the experience caused him to lose some sleep that night believing he had “failed as a leader,” and “failed as a coach.”

“That night was tough,” Wittman said. “It brought me back to an old time that I wasn’t comfortable with myself, when I used to fight for no reason and have that release when I wanted to release anger. This sport is about release, it’s about respecting your opponent, and it’s about competing with yourself, and I got three fights coming up, two championship fights, one for a No. 1 contender (spot), and experience is everything, and no one is perfect, but the one thing that I will do is I will stay composed for all three athletes, no matter the outcome.”

Ironically, Wittman said his favorite moment isn’t anything to do with fight night. After the fights are over, he described an inability to sleep because of the adrenaline rush from the night, which is surely going to come in spades after the trio of fights on November 6.

His favorite part of fight night, instead, comes the next morning.

“That sense of knowing the sun comes up is such a – it’s like one of the most secure things in your life that you know that the sun is going to rise the next day,” Wittman said. “Throughout fight day, I always tell myself, ‘Don’t worry. Tomorrow, the sun is going to raise.’ That takes the value off of what has to happen, ‘I have to win.’ It has nothing to do with that. It has to do with showing up, having a commitment, and doing your best. And usually, when you see the sun the next day, win, lose, or draw, you can be OK with yourself.

“That’s what the experience I experience pretty much on an average, all the time, is: I feel like I drank lots of coffee, and damn, I’m grateful to see the sun up.”

But before the sun rises on November 7, Wittman knows his responsibilities and the tasks at hand he must balance. He saw where he erred in April and is hopeful in correcting those missteps. The circumstances are unique in their pressure and frequency, but it’s a challenge he welcomes with enthusiasm and, of course, with those aforementioned “dumb jokes.”

“Having three fights in one night, man, it’s an inspiration to me,” he said. “I’m excited for it, and no one has seen what went on, but if you know what’s inside, that’s the key to fixing self, and I really, really look forward to competing with myself underneath the pressure of guiding my athletes the right way like champions.”