After A Storied Career, David Loiseau Reflects On The Type Of Fighter — And Person — He Was In The Cage
By Thomas Gerbasi, on Twitter @TGerbasi • Feb. 22, 2022

They were the princes of Montreal, young, at the height of their powers and paving the way for a generation of mixed martial artists to follow. But as David Loiseau points out, when he and his buddy Georges St-Pierre ruled Canada, it was far removed from the perceived rock star lifestyle.

“He was fighting for the title, I was fighting for the title, we were doing main events,” he recalled. “We were so focused. That's the thing. When you're so focused on the moment, on the training, on improving, on trying to get better, on beating these guys, it was a little bit surreal after the fights. We got a lot of love, but we were training every day, all the time. All the time. We were busy just trying to get better. So it wasn't really like a rock star lifestyle. Yes, we had time to enjoy it, but we were like real soldiers. Eat, sleep, train. It was a special time.”

It doesn’t seem like nearly 16 years since Loiseau challenged Rich Franklin for the UFC middleweight title, but as “The Crow” looks back on his career during Black History Month, he does so not as a retired fighter looking to recapture past glories, but as a man satisfied with what he did over the course of his time in the Octagon as he engages in the next chapter of his life. 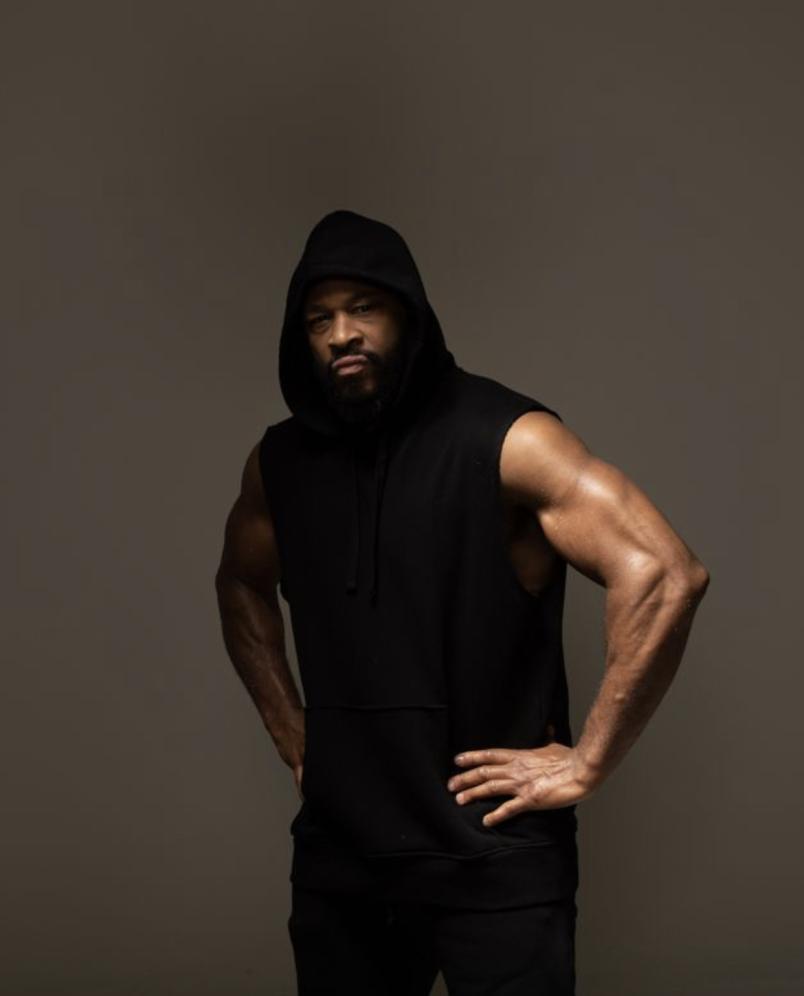 “Of course, my goal was to win the title, but everybody has their path, their own journey, and it's important to accept what was and adapt and move on in life,” said the 42-year-old. “I'm super grateful that a lot of people give me props.”

Those props are well deserved for a fighter who deserves his place on the list of the best to never win a UFC title. The first French-Canadian to fight in the Octagon, Loiseau’s nine-fight UFC slate may sit at 4-5, but when he was on, he was someone no one wanted to get near on fight night.

That was first evident on April 25, 2003 when Loiseau made his debut against Mark Weir in Miami. Already 8-2 with wins over Joe Doerksen, Shawn Tompkins and Tony Fryklund, “The Crow” halted England’s Weir in less than four minutes, yet when the fight was over, his only thought was getting his teammates to join him in the promotion.

“I finish the fight, first-round knockout, and then I meet Dana White,” Loiseau said. “Back then it was Dana White, Joe Silva and the staff. He said, ‘Great fight, kid, and I said, ‘I got training partners that are down, they're ready, they're amazing. One of them is Georges. Look out for him. He's the next guy coming up.’ You know what happens after that.”

What happened was a St-Pierre win over UFC vet Pete Spratt in November 2003, and two months later, the future hall of famer was in the big show, fighting Karo Parisyan.

Together, Loiseau and GSP were the talk of the MMA world, opening the door for their Canadian peers. St-Pierre would be the first to get a shot at a title, losing to Matt Hughes at UFC 50, while Loiseau was finishing up a stint back home with the TKO promotion before beginning the three-fight winning streak that earned him his first crack at championship gold.

Those three knockouts of Gideon Ray, Charles McCarthy, Evan Tanner established him as the clear number one contender for Franklin’s title, with his finish of McCarthy earning immortality on highlight reels. What followed was a UFC 58 headliner for the belt on a card entitled USA vs Canada. It was then that the Montrealer truly realized the impact he was having on the sport back home.

"Let me tell you something - I got a lot of hate mail, but ever since I retired a few years back, if you knew the amount of emails or DMs I get regarding my fight with Rich Franklin - people think that's one of the best fights they've seen. They love me for the heart that I showed. They say I had the best elbows in the sport, my ground-and-pound, I get so much love for my spinning back kick against Charles McCarthy. It's little things like that. If you look at my career, I always respected everybody, I never complained, I never pointed fingers for my losses, I always showed love for the UFC and never turned my back on them after my career. That's how I was brought up, and I kept my integrity. That's very important to me. Every fight that I fought, I signed on the dotted line, so I have zero regrets for everything that happened in my career. I'm actually very proud." 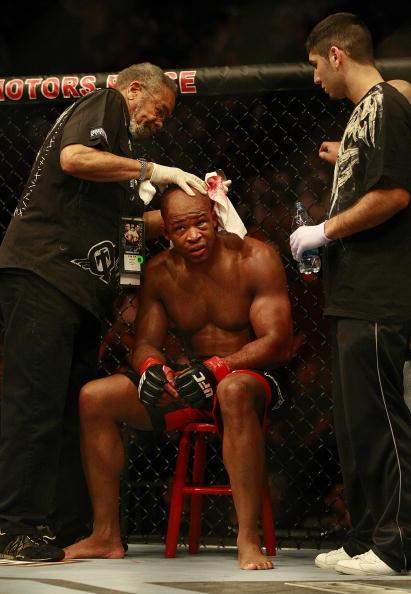 “When I landed in Vegas, the poster was on cabs, there were different billboards,” he said. “It was the Canadian flag versus the American flag, and I'm like, oh snap, it's real.(Laughs) That's the only time I really felt the pressure from representing the country.”

It was a time he would never forget, even if, with the positives, there were negatives.

“The thing about fighting is, you're in control,” Loiseau said. “If you're winning, you're good. You could be Black, White, Asian, it doesn't really matter as long as you deliver and you win and put on a good show. The Quebec population is very multi-cultural, very welcoming. The only racism I dealt with was more on the forums, on the DMs. I got hate mail ever since I started competing, with racist slurs from Quebec fans and from American fans whenever I would beat someone White. It's always been around, but I learned to disregard the hate and focus on what I had to do.

And through the good and bad, Loiseau carried himself as a gentleman, with his professionalism making him not just an elite fighter, but an ambassador for a sport just breaking through in his home country. 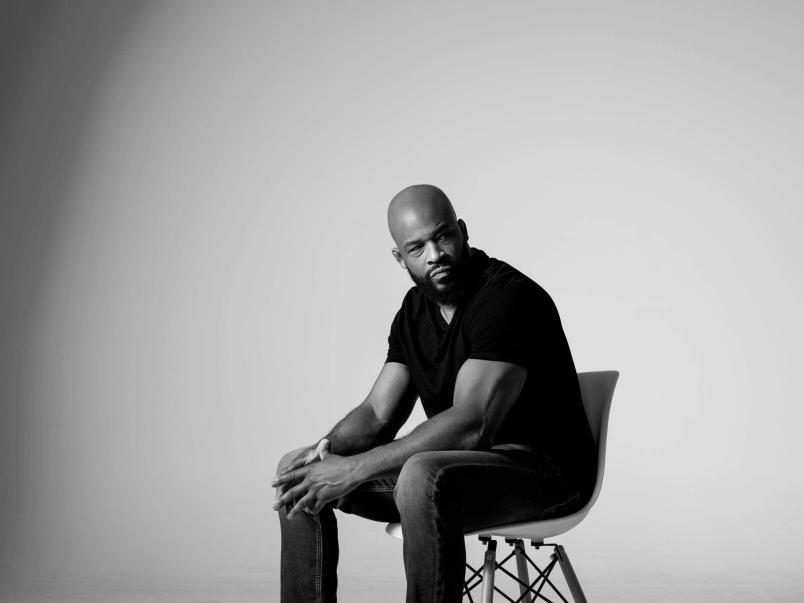 Against Franklin, Loiseau lost a hard-fought five-round decision. It was a clear-cut win for the champion, but Loiseau was competitive throughout in a grueling 25-minute war of attrition. Loiseau still gets messages today from fans who hope the bout gets put into the Fight Wing of the UFC Hall of Fame, but he would never get another crack at the belt.

“After the Rich Franklin fight, I was never the same, let's be honest,” said Loiseau. “You look at me on a big stage, I had some good fights afterwards, but when I came back on the big stage, I was never, ever the same. It happens, it's okay. It was a brutal fight. After the fight, Rich had a broken hand, a broken foot, my face was all busted up. I don't think Rich was the same after the fight. After that fight, he fought Anderson Silva and from a guy that fought Rich, I knew Rich was not the same.”

That’s the fight game, but Loiseau doesn’t hold any bitterness toward the sport. In fact, he is helping train a new generation in his gym, the Crow Training Center, along with several other endeavors that have kept him occupied since his last fight in 2014.

“I have a big kids' program, adults, men, women,” he said. “It's a very family-friendly training center, and that's the main thing that I'm doing. On the side, I got back into acting and writing and different things like that. I'm just doing my thing, staying busy and I work out just as much or a little more than before.”

Want proof of Loiseau working out? Check out the trailer he made, called “Adonis Creed’s worst nightmare,” one with nearly one million views on YouTube. But don’t worry, “The Crow” isn’t planning a comeback.

“I'd love to get back in there and then I watched my good friend Rashad Evans fight last week, and as he was walking out, I was like, ‘Man, I don't miss this thing at all.’ (Laughs) My stomach was upside down. Once the bell rings, it's cool, but the lead-up to the fight, I'm good.”

It reminds me of the same feelings Loiseau’s buddy St-Pierre had before fights.

“It can't be normal to feel like that,” said Loiseau with a chuckle. “So throughout my whole career, I was trying to find a way to not feel like that, and then I was like, I still feel like that today. I would meditate, visualize, and at the end of the day, it's combat. You should not feel at ease and relaxed and a hundred percent fearless. There is a danger out there when you go compete, especially at the level we're competing at. There's a danger, so you gotta accept it. It's really not for everybody.”

Fighting was the way for David Loiseau. No regrets.