After A Rocky Season Of His Career Riddled With Injuries And Delays To His Return, Davey Grant Enters The Octagon For The Third Time In 2021 Against Adrian Yanez
By Maddyn Johnstone-Thomas • Nov. 19, 2021

Davey Grant has no doubt that his fight with Adrian Yanez is going to bring the fireworks.

Don't Miss Any Of UFC Fight Night: Vieira vs Tate, Live On ESPN+

The matchup this weekend is a classic veteran versus up-and-comer situation. Grant has been fighting in the UFC since 2013, while Yanez just made his UFC debut last October. Even though Yanez is somewhat new to the UFC, he has been bringing the heat in his first three performances in the Octagon, earning a victory in each one. 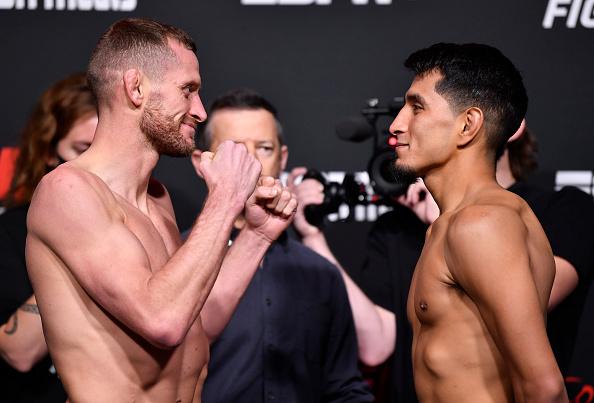 Opponents Davey Grant of England and Adrian Yanez face off during the UFC Fight Night weigh-in at UFC APEX on November 19, 2021 in Las Vegas, Nevada. (Photo by Chris Unger/Zuffa LLC)

Grant knows Yanez is going to bring that same energy on Saturday night.

“He has some well-deserved hype; he’s been doing really well,” Grant said. “I look at him and I think he has a really strong striking base. He is going to come forward, he is going to get after it and those are the types of fights I want to be involved in. It’s going to be a great fight to watch.”

Even though Grant is entering his ninth year with the UFC, he hasn’t always been able to stay as active as he wanted to due to a battle with injuries. Now as he prepares for his third fight of 2021, things are feeling better than ever for him.

“This is what I wanted out of being a fighter when I signed to the UFC,” Grant said. “I want to be active; I want to be fighting all the time and getting momentum behind me. When I’m doing this, I’m doing what I love. It’s not as if I have a bad life, but I like to be focused on something. I like to know there’s something coming up and I’m focused on it because this is what I am about. I want to get as many fights in as possible.”

The 35-year-old split both of his fights so far this year, most recently falling to bantamweight Marlon Vera by unanimous decision in June. The bout brought the intensity as the two met for the second time after Grant took the first fight back 2016.

Losing is never easy for anyone, but Grant was able to learn from it. 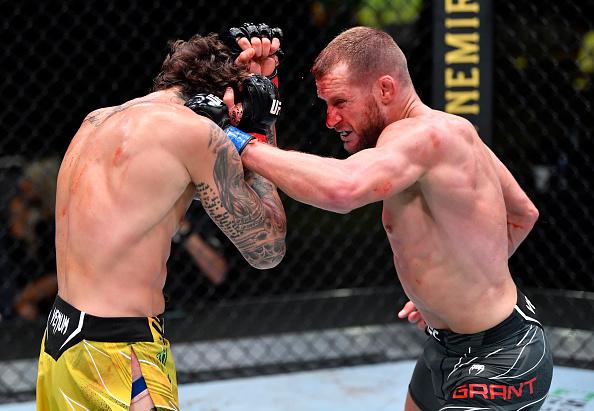 Davey Grant of England punches Marlon Vera of Ecuador in a bantamweight bout during the UFC Fight Night event at UFC APEX on June 19, 2021 in Las Vegas, Nevada. (Photo by Chris Unger/Zuffa LLC)

“It was a tough fight,” Grant said. “I really had to dig deep for that one. Great fight for the fans to watch, I think everyone enjoyed it, but it was hard to take the loss. I feel like I could’ve done things differently to take the win, just my game plan and some mistakes in the fight. I took a lot away from that fight. It was nice to get involved with one where you really must dig deep.”

When you look at a fight that has so much hype surrounding it, you never know what might happen when the two fighters get locked inside the Octagon with each other.

Yanez has never been knocked out or submitted in his career. Coming into the fight, Grant has earned three victories by knockout and eight by submission.

“He’s going to be there, it’s one of those fights where it could go either way,” Grant said. “Either of us land on the chin and it could be an early night for either of us or it goes into the third round and we’re just swinging for the fences.”

"There's no way this can't not be an exciting fight."@DaveyGrantMMA feels like he has momentum heading into his highly anticipated bout with Adrian Yanez at #UFCVegas43 🔊⬆️ pic.twitter.com/CIFLAFl2c8

Two of Grant’s three knockout victories have happened within the last year or so, and while he hasn’t a had a submission victory since October 2012, he knows that his main goal is always to get the finish.

However, one of the things that makes Grant dangerous as a competitor is his unorthodox style. You never know what you are going to get; sometimes Grant doesn’t even know. 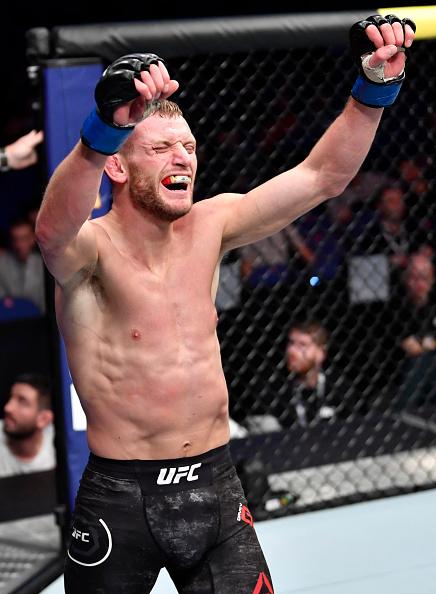 Davey Grant of England reacts after the conclusion of his bantamweight bout against Grigorii Popov of Russia during the UFC Fight Night event at CSKA Arena on November 09, 2019 in Moscow, Russia. (Photo by Jeff Bottari/Zuffa LLC)

That style is what Grant thinks will help him to be the one to get his hand raised on Saturday night.

“I just really want it. I was so gutted after the last fight, and I still have so much more to prove, and I want the Top 15 fights. I want the rabbit hole to continue. I’m loving life at the minute. My career in the UFC, it’s fantastic, so I’m just going to make it happen.”