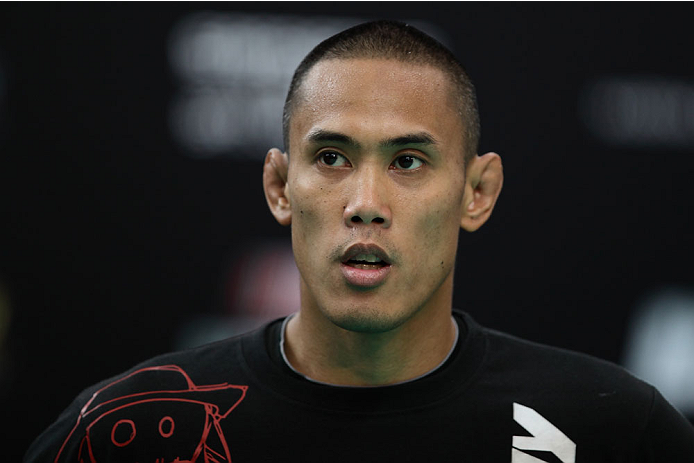 Led by Manny Pacquiao, there’s no question that boxing is king in the Philippines when it comes to combat sports. But if Baguio City’s Dave Galera has his way, the sweet science will have to make some room for mixed martial arts in the coming years.

“The growth of MMA here in the Philippines is exponential,” said the unbeaten bantamweight, who makes his UFC debut against Royston Wee this Saturday in Singapore. “Its popularity is increasing day by day, especially with the birth of numerous MMA teams and even fitness gyms offering MMA training.”

Born in Santa Clara, California, but raised in the place where his parents originated from, Baguio City, Galera never strayed toward the sport where the likes of Pacquiao and Nonito Donaire became superstars in recent years, instead moving to MMA after studying Brazilian Jiu-Jitsu back in the States.

“I never had a boxing or any striking background, so it has never entered my mind to compete in boxing,” he said. “I just learned striking at Team Lakay, and it’s a Wushu Sanshou kind of standup game.”

With that mix, when Galera is in the Octagon, an unorthodox form of striking excitement will follow, and when you combine it with his solid ground game, it’s no wonder that he has not just won all five of his pro fights, but has finished them as well, with submissions and two knockouts. But in describing his style, he keeps it pithy, saying “I fight differently depending on my opponent’s own fighting style.”

In Wee, “The Scarecrow” will see a fellow prospect who has only had two pro fights, though he has ended both via submission.

“He is known to be a grappler and he won his previous fights by submission, so I might have to look out for his takedowns and ground game,” said Galera, who by Filipino heritage alone will have plenty to live up to when it comes to the fight game. That’s a daunting prospect, but he will do what is necessary to pave the way for his countrymen in the UFC.

“I feel like it’s a big responsibility for me to carry, and that makes me feel a little bit uncomfortable,” he admits. “But I’ll do my best to act right and be a good role model, not only for aspiring MMA fighters but also for other athletes.”

And when it comes to the fighting end of things, he’ll have plenty of opportunities to make an impression in an ultra-competitive weight class that is getting more stacked every month.

“The bantamweight fighters in the UFC give most of the exciting fights,” he said. “They have speed, they have agility, and they have the power.”

And now they have Dave Galera in their ranks. He can’t wait, and neither can Filipino fight fans.

“I think everyone is as excited as I am,” he said. “I think they can’t wait to see what we Filipinos can bring into the Octagon. (In 2014) I hope to level up, be a better fighter and a better person as a whole, so I can be a contender. I also hope to open a gym and teach MMA to the younger generation.”