Middleweight Darren Till Returns To The Octagon Against Dricus Du Plessis At UFC 282: Błachowicz vs Ankalaev
By Kevin Schuster, On Twitter @KevinESchuster • Dec. 9, 2022

The last two years have been nothing short of agonizing for UFC star Darren Till.

Surging onto the scene in 2015, Till amassed five quick victories, including wins over Stephen Thompson and Donald Cerrone, en route to a title shot against then-welterweight champion Tyron Woodley at UFC 228.

After landing only one punch in the first round, Till found himself on his back shortly into round two. Four minutes of control time capped off by a D’Arce Choke earned Woodley another title defense and Till the first loss of his professional career. 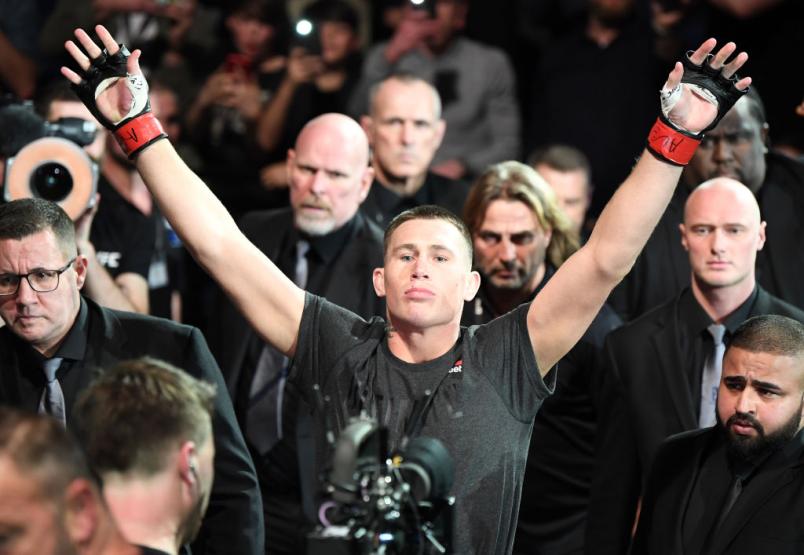 Darren Till of England prepares to fight Jorge Masvidal in their welterweight bout during the UFC Fight Night event at The O2 Arena on March 16, 2019 in London, England. (Photo by Jeff Bottari/Zuffa LLC)

This started a three-year slump that included losses to Jorge Masvidal, Robert Whittaker and Derek Brunson. His loss to Brunson was his latest, dating all the way back 15 months to September of 2021. Since then, Till has devoted time to finding a new gym, one full of elite prospects that share a common goal: to be world champion.

“I’ve really had a year of ups and downs,” Till said. “My training hasn’t quite been the way I’ve wanted it. So, then I obviously jetted off to Thailand and it felt great. I was like, ‘This is it. I’m going to be ready for the fight on December 10.’

“It’s not necessarily what it’s offered, it’s just the location, the vibe and the focus. There are a million gyms there with all just high-level fighters. I was training with Armen Tsarukyan, Marvin Vettori; there’s a lot of guys there. It’s a good location. Phuket, Thailand is a rising location for MMA.”

Since going to Thailand, Till’s caught a second wind in the gym. Whether it’s during active recovery or a rest day, Till wants to be in the gym training with high intensity, something he’s not usually accustomed to feeling.

Those words were confirmed on Wednesday, when Till entered the UFC APEX for his pre-fight media obligations full of energy and enthusiasm for his upcoming fight against Dricus Du Plessis at UFC 282: Blachowicz vs Ankalaev at the T-Mobile Arena in Las Vegas.

While some may think Till’s under pressure to get his hand raised this weekend, “The Gorilla” strolled the arena as calm as can be and is prepared to showcase what he’s truly capable of.

“Fight week is always interesting, always fun,” Till said. “We’re all here fight week, us fighters. We got to do all this stuff. We got to make weight and obviously do the big, long walk on Saturday, so it’s just another fight week. UFC has this every week, so, it’s just another day in the life of a fighter.”

Du Plessis has quickly become a rising star, earning three consecutive victories to kick off his UFC campaign, including a vicious knockout against Trevin Giles at UFC 264. Even though the 29-year-old Till is coming into this matchup as the UFC veteran, Du Plessis’ recent run of success makes Till feel like he’s the real underdog with a point to prove. 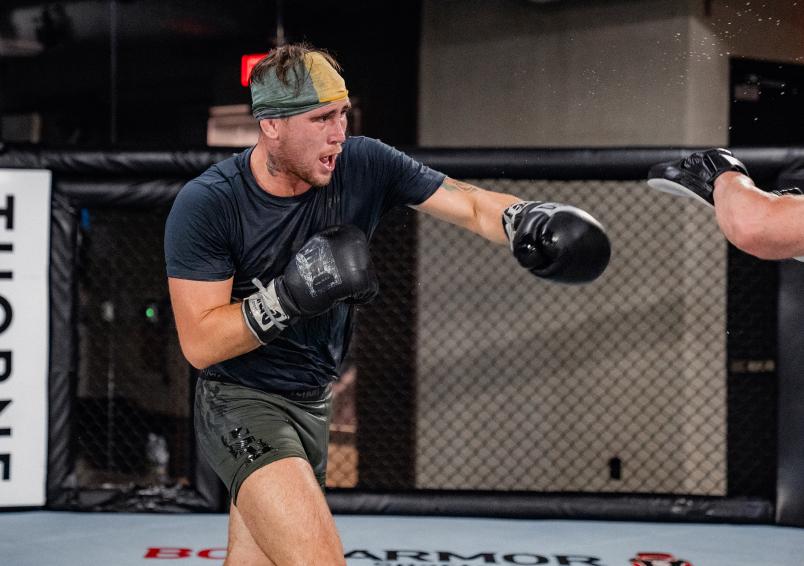 Darren Till trains at the UFC Performance Institute on September 1, 2021. (Photo by Zac Pacleb)

Darren Till trains at the UFC Performance Institute on September 1, 2021. (Photo by Zac Pacleb)

In his fight week interview, Du Plessis mentioned how a striking battle is something he looks forward to on Saturday. Till expects that feeling to last no more than five minutes.

“I believe I’m one of the best strikers out there,” Till said. “The fans love when they see blood and punches and elbows getting thrown, and that’s what I bring.”

“We’ll see after the first round how he feels about [striking] when he starts shooting for double legs.”

Despite missing out on both London events this calendar year, Till can expect a hometown feel when he shares the main card of the final pay-per-view of the year with fellow Liverpool native and rising superstar Paddy Pimblett.

“I am what I am, aren’t I – one of the UFC’s superstars,” Till said. “Even the superstars have stints of going up and down, but I’ve got a big name. I’ve built a big name over the years in the UFC and it’s good to finally be back on the biggest stage possible. There’s no higher level. It doesn’t get any higher or more elite.

“I think it’s cool [to fight alongside Paddy] because back home they build us up like it’s a Scouse takeover. He’s in the co-main, I’m obviously buzzing for that. It’s gonna be a main card full of Scousers just running around causing mayhem.”

Mayhem is the best word to describe how the crowd will react if Till can get the job done on Saturday. But one win isn’t all he’s after; it’s only the first step of a journey back to prime form.

Having the gold belt within arm’s reach once before, Till’s driven to get back to that moment and prove that at his peak, he can be the best in the world.

“Become a millionaire and get the title,” Till joked when planning out an ideal 2023. “I just want to get past this first. I want to have a good end to the year, and I want to get back on the horse in January and get back out to Thailand.”