Darren Stewart: Fed Up And Focused

Darren Stewart has armed himself in a new way and with a new mindset for this fight week, and the difference is palpable.

Ready to get back into the Octagon and right the wrongs of his past few fights, “The Dentist” said that he’s hoping to return to his vintage ways and is looking to fight less concerned with a gameplan, and more in the style that made him.

“UFC signed ‘The Dentist,’ they didn’t sign the try this, try that, do this, do that and play the safe game guy. Whether it’s win, lose or draw, I go out on my shield. That’s what I’m going to do on Saturday.”

Having spent this year tied up in a pair of fights with Eryk Anders following an unintentional illegal knee that led to their first meeting ending in a no contest, Stewart said he’s “just frustrated” and ready to move on from being the lesser fighter, if only on paper. 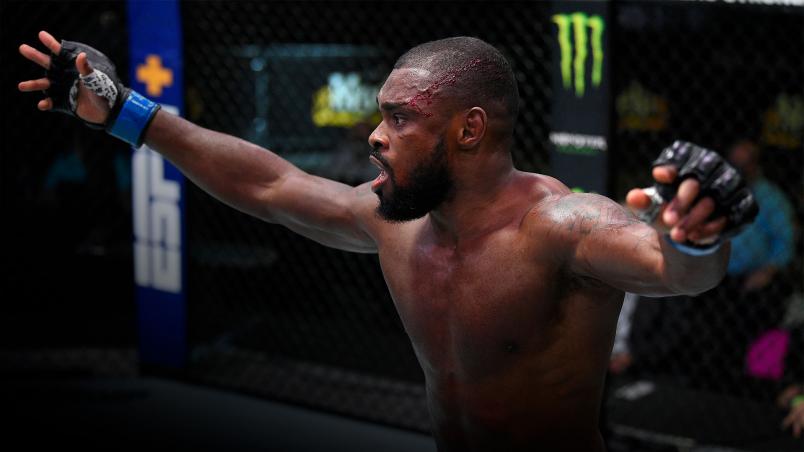 “Too many people fixate on what’s on paper, but if you look at the fight, I’ve improved. On paper I’ve gone (down), but as a fighter I’ve gone (up), so I don’t give a s**t what’s on paper. I know that I’m improving every single time I fight,” Stewart explained in his fight week interview with UFC.com. “That’s why Saturday night I’m just going to have it. That’s what I’m known for — I’ve not got the biggest status of all the UK fighters - I’m not ranked - but people know that I’m the guy from the UK that can have it.”

As long as he improves in some way, no matter how small, the 30-year-old is ready for any task that lies in front of him. It’s something that has proven itself over time.

“I’ve done it all. I’ve won some, lost some, big guys, small guys, grapplers, strikers, six-foot-plus, five-something, jiu jitsu, wrestler, kickboxer… I’ve done it all,” Stewart said with a bit of audible frustration in his voice. “I’m just fed up. I feel like I’m not just battling to get a good record…I’m battling with the judges. I just believe, and people might think I’m ignorant saying it, but I just believe as a British fighter, when we step in there, we’re already losing. I can only speak for myself, and I’m not going to sit and bitch about it, it just means that I need to do more.”

Whether it’s doing more in or outside of the Octagon, the East London native knows that he can only get better by way of being battle tested — a concept that was put to the test and proven in June in his second match against Anders.

“I improved a lot. My takedown defense is strong. I took a big guy down that no one thought I could take down,” Stewart said. “I was touching him up and stuff and stuck to the game plan; but the game plan didn’t go as planned when it came down to the judges, but I’m happy with my performance anyway. If you fight, you know that I’ve improved, regardless of what’s on the paper.” 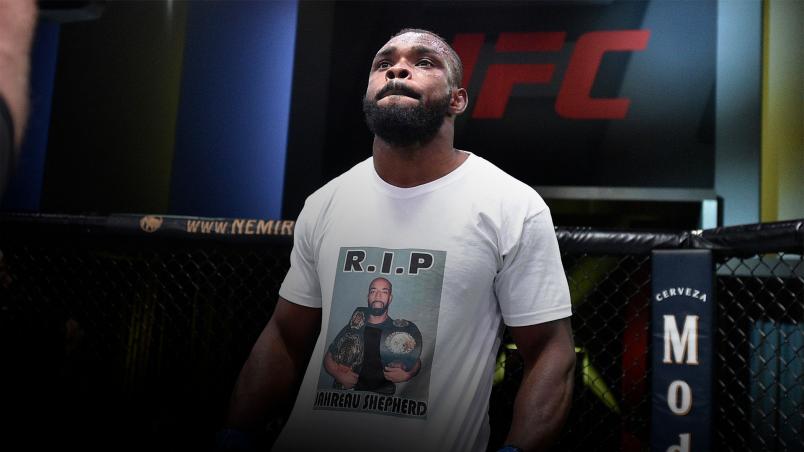 The next opportunity for growth comes this weekend, as Stewart is set to take on Dustin Jacoby in his second stop on the return to light heavyweight tour.

“It’s a great experience,” Stewart said of his return to a division he left four years ago. “It’s just like the old days, I don’t have to think about the weight cut and I was able to just focus on the fight, which was great, so the training camp went really well.”

It’s a tall task to take on Jacoby, who’s looking to right an inconclusive outcome of his own after engaging in a come-from-behind split draw against Ion Cutelaba in May. And while the draw may have halted the momentum of a four-fight win streak, Jacoby carries with him a record from his professional kickboxing career that makes him a formidable opponent.

But, of course, it’s something Stewart doesn’t even bat an eye at.

“It’s not a kickboxing match, it’s an MMA match.”

Looking to return to the old school street fighting style that helped form Stewart’s identity as an athlete, he’s confident that this fight will be a bigger test for Jacoby than it will be for him.

“Underestimating me,” Stewart said of the biggest mistake his opponents make when they step in the Octagon opposite him. “Then they don’t want to fight. Everyone’s a great kickboxer or a great boxer until they get hit. They fear what I don’t fear. I don’t have fear; I’ll go out on my shield. People crumble, I don’t crumble.”

With a solid foundation hardened further by the growth he’s experienced in his five years in the UFC, Stewart is ready to take on the task of teaching a few lessons of his own en route to a victory this weekend against Jacoby.