Sometimes, as a fighter, it just isn’t your night.

That’s the thrill and agony that comes with combat sports. For veterans like UFC featherweight Darren Elkins, though, losing isn’t the end of the world like it used to be.

In December of last year, Elkins and Cub Swanson kicked off the last main card of 2021. Fight fans knew this one was guaranteed to have fireworks, as both were known for their aggressive “do or die” mentality and the pressure they brought to their fights. For Elkins, 37, and Swanson 38, the bout was an opportunity to show why they were still a threat to the 145-pound division.

Neither man wasted time letting their hands fly once the bout started. Elkins connected with a few solid shots, but Swanson would get the better of 15-year-veteran, beating Elkins in the first round by TKO.

“Cub was a dangerous fight. When I got the fight, I knew that he was a dangerous striker. He hits really hard. So, I knew I had to get out of the first round, and I thought my odds would be better after that,” said Elkins. 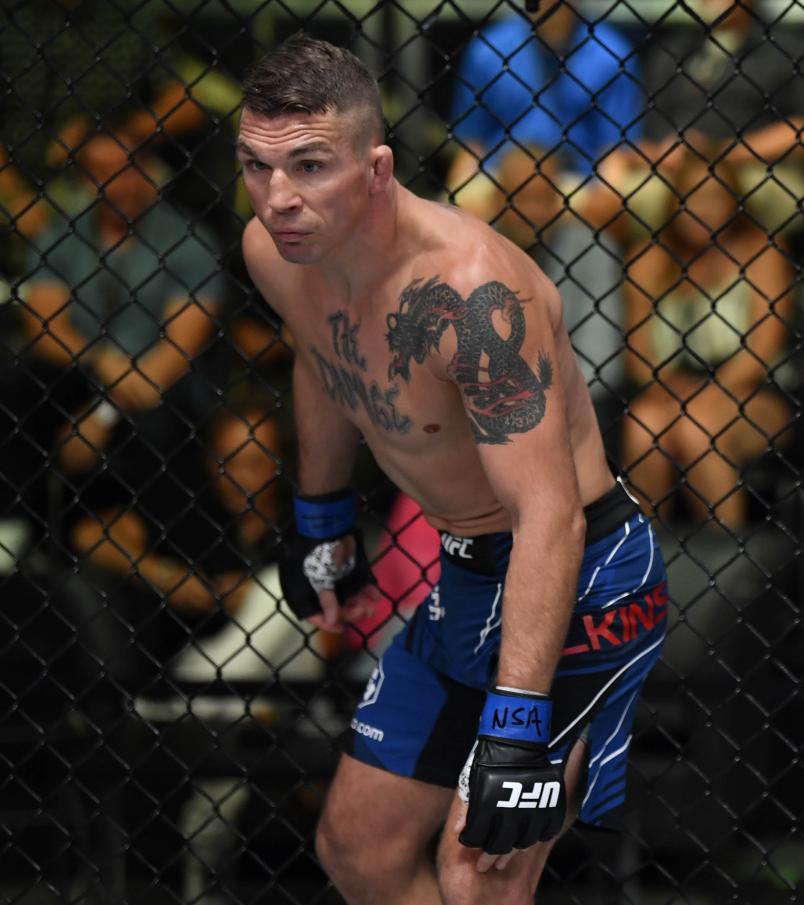 It didn’t happen. But when you’ve been in the game for a long as Elkins has, you’re more receptive to your losses. It’s obviously not something he wishes happened that night, but a setback like this is nothing new. At one point during his UFC career, Elkins found himself on four-fight losing skid. Prior to that, he was riding a six-fight win streak from 2015-2018. He’s seen all the epic highs and lows. But that’s just a part of the job.

“Your first loss feels like the end of the world. The first couple losses feel like it’s the end of the world,” Elkins explained. “You got to remember that that doesn’t mean you’re not the better fighter sometimes. Sometimes you can be the better fighter and lose that day. You had a bad day; they had a great day. So, I just take it in stride and keep on moving forward and think about what I did.”

Another part of the job is to recover and rebuild. Those two things specifically go hand in hand and are crucial to finding longevity in this sport. While they may sound like obvious aspects of the game, recovery wasn’t always preached back in the early days of fighting. But as time goes on, the science and research that goes into fighting has evolved drastically over the years. If you’re not properly training and eating smart, the fight game won’t be too kind to you.

“The science part is so much more advanced than what it used to be. The dieting, just the dieting alone, the training. Everything is so much better than just sparring five times a week or six times a week and doing a little bit of drilling. Now, there’s a lot of purpose as to why you’re training, what to do and when to rest. Listening to your body,” said Elkins. “Recovery is a huge thing that wasn’t really as big back then. So, I’m just following the science, and I take what I really like and leave what I don’t, and I just keep on bringing it into every camp.”

As for this Saturday, Elkins is looking forward to getting back in the Octagon and doing what he loves. He’ll have an exciting matchup in Tristan Connelly, as he believes that their styles and approach to fights mirror one another. 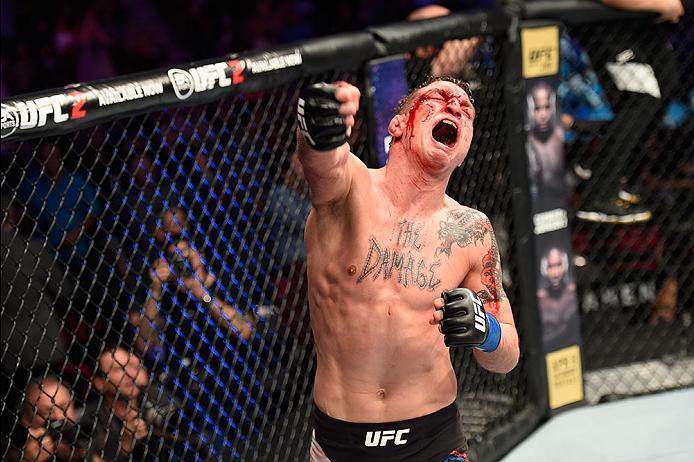 Darren Elkins reacts to his victory over Mirsad Bektic of Bosnia in their featherweight bout during the UFC 209 event at T-Mobile Arena on March 4, 2017 in Las Vegas, Nevada. (Photo by Josh Hedges/Zuffa LLC)

“I feel like he fights a lot like me. He comes forward, he’s a gritty guy. He’s a pretty good grappler himself, not afraid to mix up his strikes. So, it’s like two people that will go toe to toe, blood and guts warrior-type of guys,” said Elkins.

When it comes to thinking about any future matchups that may still be out there that intrigue him, Elkins hasn’t given that too much thought. At this point in his career, he’s just trying to enjoy the moment. Fifteen years deep in the fight game, that’s something he wishes he would’ve done more of that in his early years. But it’s easy to point out all the “should haves” when you look back on something; so instead, Elkins will look forward to what’s next and enjoy every moment of fight week.

“At the end of the day, I still get to do what I love to do. So, I’m happy to be in a gym and not in the office and stuff like that.”

While he doesn’t give much thought to future matchups, Elkins does have a timeframe on when he’ll call an end of his fight career.