"My next fight is always my most important fight. I just have to keep
winning and keep climbing that ladder until I become a UFC champ." - Daron Cruickshank 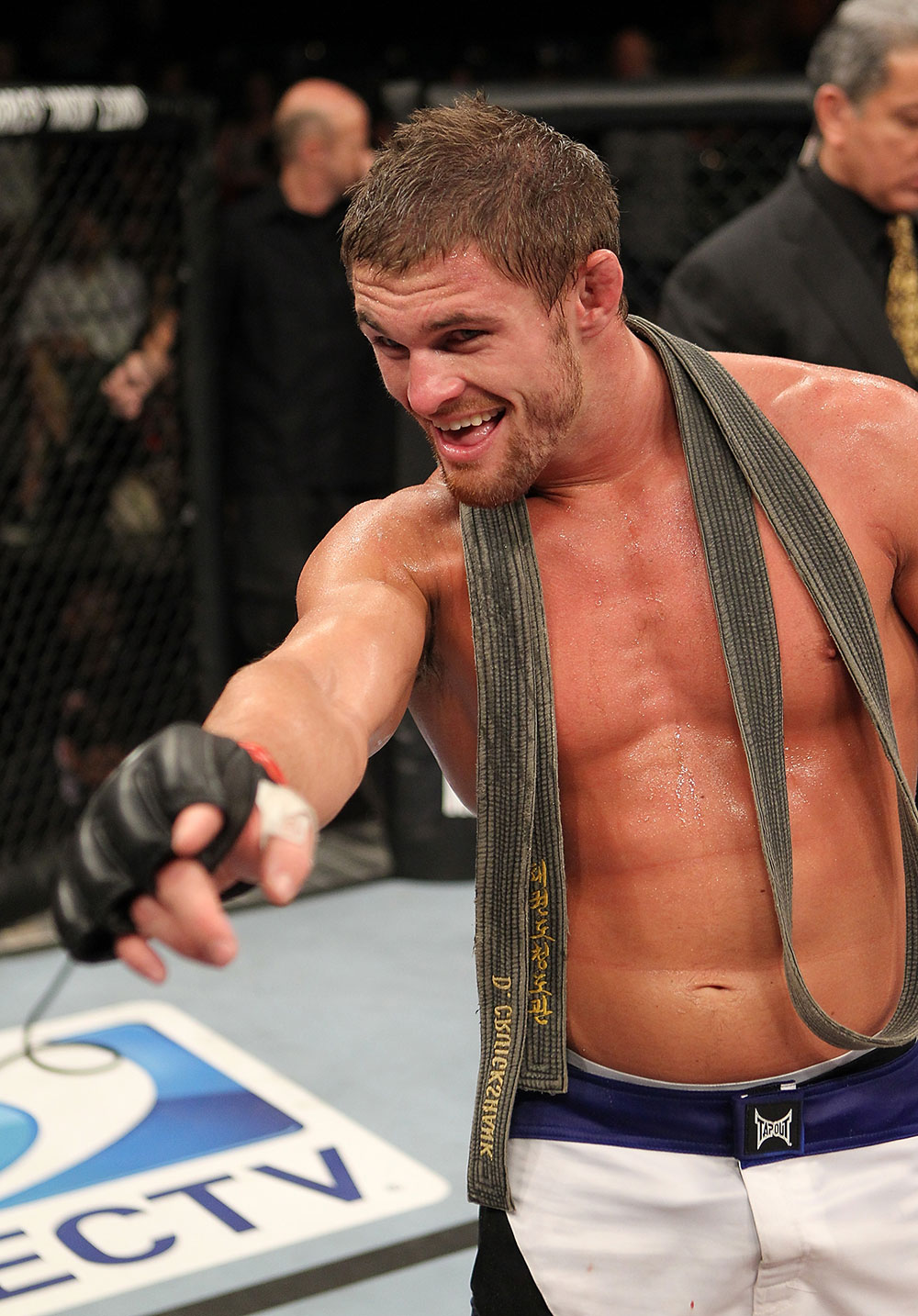 Every fighter who makes their way onto The Ultimate Fighter does so with designs of being the last man standing.

They all set out envisioning themselves in the cage with Dana White, being handed the etched glass plate that signifies winning the long-running reality competition, and knowing that their fighting future has just taken a very sizable step in the right direction.

Of the 16 fighters who successfully relocate to Las Vegas each season, only one or two get to experience the Hollywood ending they’ve been playing back in their head from the moment they were accepted on the show.

Daron Cruickshank’s dream of winning Season 15 came to a screeching halt in the first live fight in Ultimate Fighter history. One of the early favorites following the elimination round, the 27-year-old Michigan native looked for a takedown late in the first round of his matchup with James Vick, and ate a knee instead.

Being eliminated from the tournament forced Cruickshank to re-write the script for his stay in Las Vegas. No longer part of the ensemble cast of active competitors, the tae kwon do black belt interned on the Team Faber coaching staff instead, helping his teammates prepare for their bouts while soaking up as much knowledge and insight as he could.

“When I got out of the tournament, there was almost a release of pressure because I wasn’t in the competition anymore,” admits Cruickshank, who entered the house with a 10-2 record and riding a four-fight winning streak. “When you’re competing, you could possibly fight one of your teammates, so you kind of put up a wall. Being that I was knocked out at the beginning of the tournament, my wall came down, and I became really good friends with all the guys. I was just trying to train as much as I could, and I almost became a little bit of a coach. I wasn’t able to spar or anything like that, so I started holding mitts for a lot of the guys, just trying to get my teammates ready for their fights.

“The biggest part that I would take away from Urijah and (the guys at Team Alpha Male) is how mentally tough they are,” says Cruickshank. “There is no negativity; everything is positive with them. He might have a bad day at practice, but he doesn’t remember it; he remembers hitting a few shots. Everything he does he wins in. I was at his house a couple weeks ago just after he lost (to Renan Barao at UFC 149), and he came in happy like, `You win some, you lose some. What’s next?’ I’ve tried to pick some of that up from them.”

Cruickshank was clearly able to put his early setback behind him by the time the finale rolled around, as he used his superior wrestling to control the action against his Team Cruz rival Chris Tickle to secure a unanimous decision win. Though it wasn’t the victory he had initially hoped for when he started out on his TUF journey, the man known as “The Detroit Superstar” is continuing to focus on the positives of his experience as he prepares to make his pay-per-view debut against Henry Martinez on September 1 at UFC 151.

“This is a huge stage,” Cruickshank says of fighting at the Mandalay Bay on the undercard of a bout headlined by Jon Jones defending the UFC light heavyweight title against one of the best of all-time, Dan Henderson. “The finale fight was almost like fighting in my hometown – it was a small venue, and a lot of people came; it was mostly the families of the fighters who were actually at The Palms. Yes, it was UFC and televised and stuff, but now that I know the process – UFC basically takes care of everything – I just have to be on time to all the meetings and stuff, and I’m good.

“(Getting a win on the finale) got the ball rolling. I have some momentum going; I’m starting to develop a really good fan base, and I just try to feed off that. I’m looking forward to putting on a show for the fans and keep the ball rolling.”

Martinez will be looking to keep the ball rolling as well. The Jackson-Winkeljohn product made a successful return to the lightweight division after suffering a loss in a spirited short notice affair at welterweight against Matthew Riddle in his UFC debut. Having primarily used his striking to get the nod over Bernardo “Trekko” Magalhaes in his last outing, Cruickshank expects Martinez to change his approach once they start trading shots early next month.

Though his Hollywood ending on The Ultimate Fighter quickly found its way to the cutting room floor, Cruickshank used his time on reality TV to get his foot in the door, and he secured a role in an even bigger, more meaningful ensemble with his victory over Tickle in June.

“This is where I want to be. (Being a part of the UFC) is what’s most important,” says Cruickshank. “Everything else that I’ve done in my career matters because it got me here, but it doesn’t matter anymore. From the time I started mixed martial arts, this has always been where I wanted to fight.”

He may not have made it into the UFC lightweight division the way he’d originally envisioned, but how he got here doesn’t matter. He’s made it, and he plans on sticking around for a long time.

“My next fight is always my most important fight. I just have to keep winning and keep climbing that ladder until I become a UFC champ. That’s what really matters.”