"Everything is coming together for me right now. I
haven’t peaked in my career yet." - Daron Cruickshank 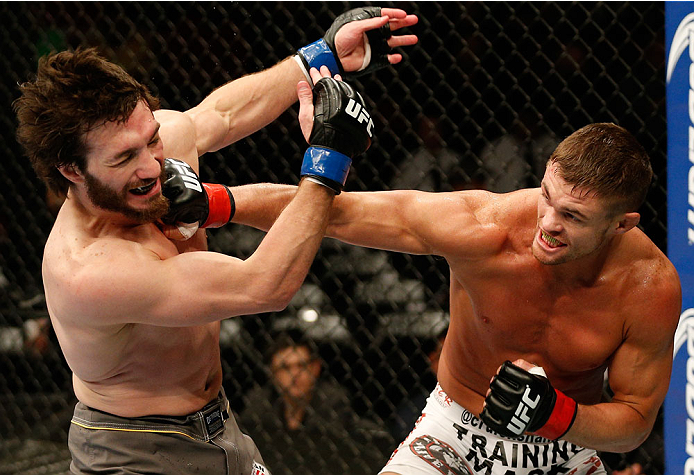 The city of Detroit is an American institution. The Midwestern industrial hub was the birthplace of the automobile industry at the turn of the 20th century and the rhythm of machine presses and assembly lines became the foundation to the soundtrack of a nation’s growth.

The mechanical constructs of “Motor City” would inspire - and eventually give way to -generations of individuals who would take Detroit’s blue collar essence and “anything is possible” mentality, and use it to craft their own version of expression. Suddenly, cars weren’t the only thing coming out of Northern Michigan, as music became the city’s most prominent export.

Berry Gordy launched Motown there. MC5 with Iggy and The Stooges took the hardcore scene to another level. Bob Seger and the Silver Bullet Band were a staple of rock n’ roll in the 70s. Eminem and The White Stripes brought an artistic resurgence to a city in desperate need of reinvigoration, and the drive to keep the spotlight on Detroit continued.

While Daron Cruickshank may not have a Grammy on his shelf or the caliber of recognition as some of Detroit’s finest, the 29-year-old absolutely embodies the elements his hometown was built upon. The Wayne representative has used a Heartland-esque work ethic, mixed with a free-flowing improvisation to find success in the realm of mixed martial arts. To Cruickshank, “The Detroit Superstar” is more than just a nickname, it serves as both a reminder and a flag he’s proud to carry for the city he’s called home all of his life.

It is a place that has inspired tremendous achievements, and Cruickshank plans on being the next great thing to come out of “Detroit Rock City.”

“Everything is coming together for me right now,” Cruickshank said. “I haven’t peaked in my career yet. I have had some good wins and some good knockouts, but I truly believe this coming year is going to be huge for me. I’m constantly improving and I go out there trying to put on a show every time. I’ve been able to do that at a consistent level and I’m only getting better.

“In my last fight with Erik Koch, he was definitely my toughest opponent. I had a great performance and it showed me that the sky is the limit.”

Cruickshank’s victory over the former featherweight contender turned lightweight in Cincinnati was arguably the best showing of his career. While he came into the bout as a significant underdog to the Roufusport fighter, Cruickshank battered Koch at every turn until he scored a highlight reel-worthy knockout near the end of the opening frame.

His win at Fight Night: Brown vs. Silva was his second consecutive victory inside the Octagon and made him successful in three of his last four outings. That type of success has Cruickshank knocking on the door to the next tier of the highly competitive lightweight division, and he believes a victory over Jorge Masvidal at UFC on FOX 12 this Saturday will be the perfect vehicle to bring him to the elite level of the 155-pound fold.

“My goal at the end of 2014 is to be in the top 10 of my division,” Cruickshank stated. “My fight against Jorge Masvidal is the first step in that direction. I’m pretty sure he’s ranked number 13 at 155 pounds. I’m not looking past him whatsoever, but after I beat him I want an opponent who is ranked in the top 10.

“I’m absolutely confident I’ll be ready for whatever he brings in this fight. I train in every aspect of the sport and I train hard. There is nothing he’s going to do in there that will surprise me. Anything he can do in there has already happened to me before and I’ll be ready. The best feeling in the world to me is knocking someone out, and that’s exactly what I want to do in San Jose. It might not come quickly in this fight, but that is definitely what I’m aiming for.”

His upcoming bout with the former street fighter turned professional mixed martial artist will feature two athletes attempting to reach the next level, and Cruickshank believes it’s his time to shine. The Michigan native has competed seven times since his stint on The Ultimate Fighter 15, and his experience over that stretch has Cruickshank feeling confident that his best performances are right around the corner.

He knows the division he calls home is one of the most talent-rich collectives under the UFC banner, and every step taken up to UFC on FOX 12 was in preparation for the biggest challenges of his career. That said, Cruickshank will still need to defeat the former Strikeforce title challenger, but he’s confident he has the weapons necessary to get the job done.

“I’m starting to come into my own and this is a great time for me,” Cruickshank said. “This upcoming fight against Masvidal will be a tough fight, but it’s also one the fans are going to enjoy. Masvidal is a tough guy and he has a lot of street fights on YouTube where he’s going to town, but that is what is going to make this a tough fight for me. I’m going to hit him and he’s not going to go down like most fighters would from a normal shot. I’m going to have to keep beating him up and keep the pressure on him.

“I just turned 29 a few weeks ago. I think it’s about that time where I have to start taking naps in the middle of the day and take my Centrum Silver in the mornings. But I’m not in the diapers just yet and I believe my best fights are still ahead of me.”