Darian Weeks And That Prizefighter Feeling

Welterweight Happy To Let His Opponent Have The Hype Heading Into UFC 273 Bout
By Thomas Gerbasi, on Twitter: @TGerbasi • Apr. 5, 2022

If you’re a prizefighter, it’s the greatest feeling in the world. Or as Darian Weeks describes it, “It's a feeling that changes you.”

You’ve seen it before, the moment when one fighter has imposed his will on his opponent to the point where he’s broken him. But before we see it, the fighter has already noticed that it’s about to be game over. Weeks compares it to being the shark in Jaws.

“You can definitely sense that,” Weeks said. “You can see their demeanor change, you can see their facial expressions change, and it’s like Jaws. You see the blood in the water, and the other person gets to panicking because they know they're in for it. That's exactly the feeling. You pick up speed, you lose all fatigue. You don't breathe hard anymore - your body is set to go, this is the finish, and we're gonna do anything we got to, to get that right now.” 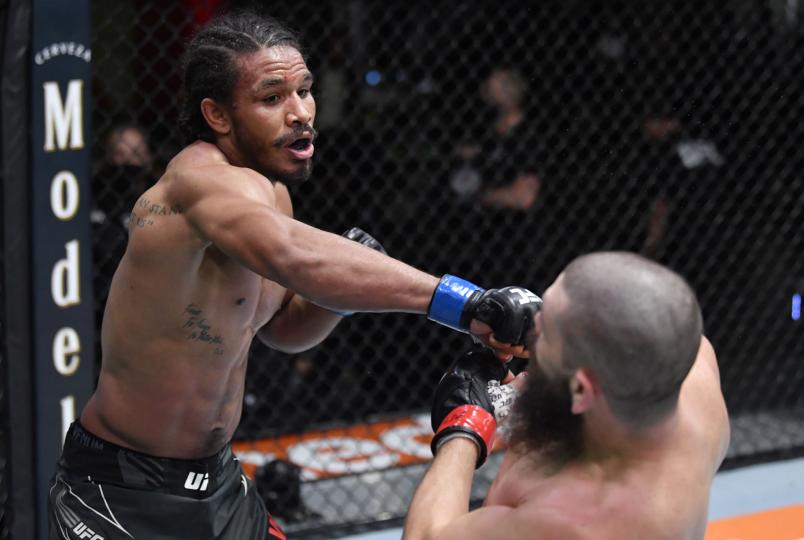 Each of the five times Weeks has had his hand raised in a pro mixed martial arts fight, he’s had that feeling, so it was no surprise that he got the short-notice call when Bryan Barberena needed an opponent last December. Of course, many wondered if someone with five pro fights could hang with a seasoned veteran of the UFC, but three rounds later, while Weeks didn’t get the decision, he got the respect from his opponent and the fan base. The secret? An amateur career spanning nearly three years and 19 fights. You don’t see that too often these days, but for the Missouri product, learning his craft on the amateur scene first was a no-brainer.

“I went undefeated early in my amateur career, and a lot of fighters would have just taken that as a sign to go pro,” Weeks said. “But I also was only fighting people in the Midwest, and people in the Midwest are tough guys, but they're not everybody. I definitely wanted to make sure that my skill set was well rounded for whatever competition I would run into and after about the sixth fight in my amateur career, my coach told me about this tournament where 68 countries are involved. You all sign up and it's five days, five fights and you guys fight each other one after another. I thought, what more way to test your skill than going against people from 68 different countries?”

Competing in IMMAF tournaments, Weeks got the challenges he wanted. He won most, lost some, but the main benefit is that when he decided to turn pro in 2019, he was ready to not just pick up a paycheck, but to make a run at the top of the welterweight division.

“We knew we wanted to be here in the UFC,” Weeks said. “We knew we wanted to not only be in the UFC, but compete at the highest level of competition in the UFC. So for us to be able to do that, me and my coaches knew we needed to be the best fighter that we can possibly be. Having six fights in the first amateur run is not being the best fighter you can be. I even saw holes in practices, like, this is working against me, I need to change things up. So our main focus was to make sure that I was the most complete fighter so that we could reach that end goal to fight the highest competition in the UFC. I'm thinking we made our way that way, so it's doing well.” 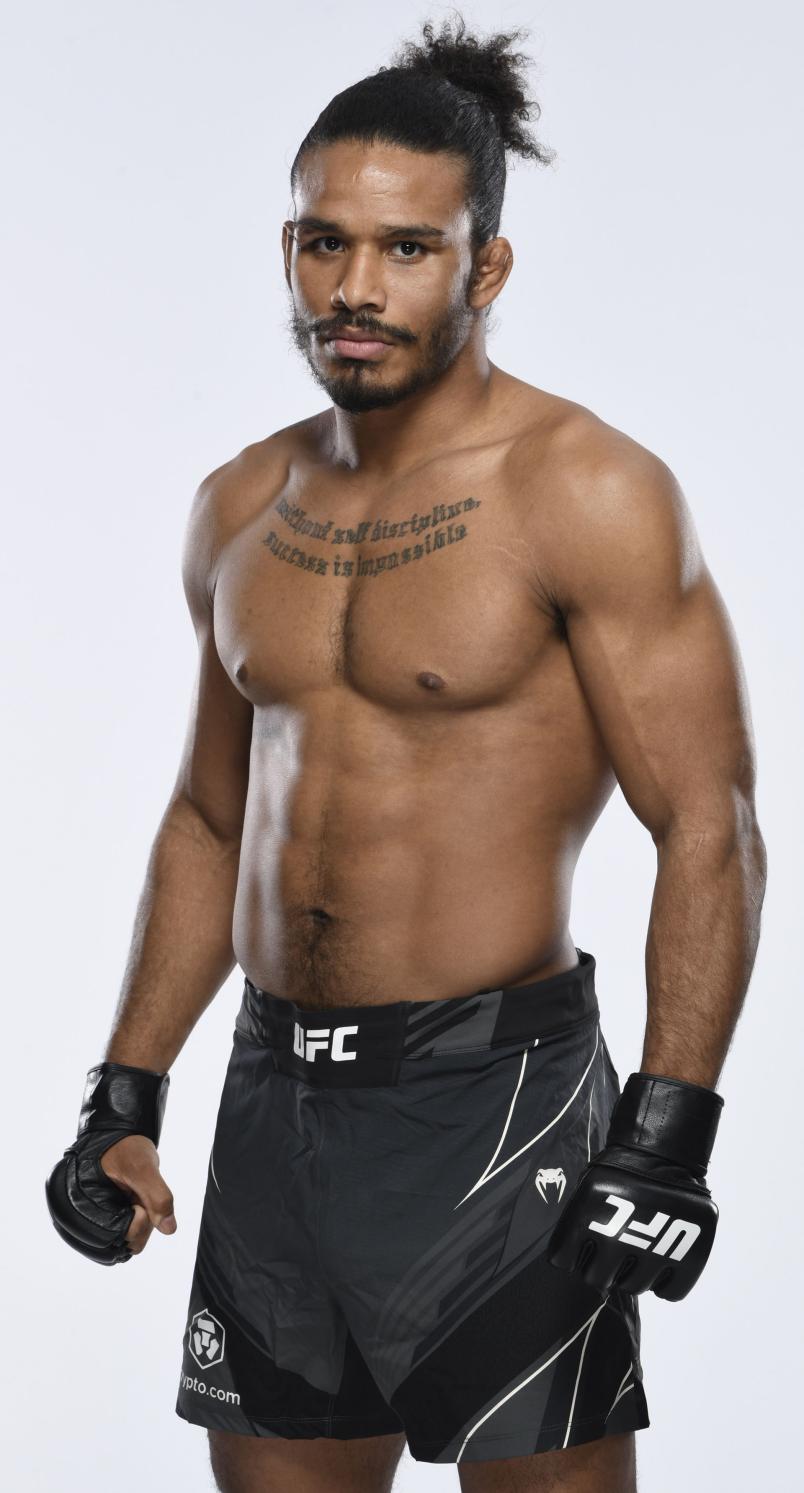 On Saturday, Weeks makes his second UFC start as an underdog once more when he meets Ireland’s Ian Garry. Unbeaten as a pro, Garry arrived in the Octagon last November with a lot of hype, and while he got a fight out of Jordan Williams, “The Future” ended the bout in highlight reel fashion at the end of the first round. Now Garry’s fans are expecting more of the same in Florida, and the way Weeks sees it, so does Garry.

“I saw a couple interviews, and the way he (Garry) talks about it and everything, I definitely think he really feels like the UFC has spoon fed him another guy that he'll just walk through, which, if you paid attention to the first fight, he didn't walk through that guy,” said Weeks. “But I don't mind. He can have all the hype, he can have all the attention and all that credit by being the next big thing. That just puts more on his plate than mine. He has to go out there and fulfill all this anticipation and these things that people think about. He has to go out there and fulfill that in this fight. I just have to go out there and fight and beat the hell out of the guy. There's no sweat off my back either way. I feel like I developed a great game plan, I feel like my debut was better than his in the sense of he had all this time to prepare, he was getting beat up, and he happened to fire off a good right hand. They called me on four days' notice with a veteran in the UFC and me and him went out there for war. So I feel like this is not gonna be the fight he thinks it's gonna be and I feel like he'll learn that very quickly within the first two rounds.”

That’s when that feeling starts kicking in, and Weeks can’t wait.

“The win is an achievement, but that feeling when you've dominated this man where to his demeanor is, ‘I don't know if I'm still in this fight,’ that's an achievement in itself, and I feel like that's what we're gonna do to this kid on April 9th,” he said. “He's gonna understand that this is not like the first fight, this is not like his Cage Warriors fights. He’s gonna think, ‘If I'm not doing something or if I'm not on my bicycle, if I'm not moving right now, I'm gonna get finished.’”