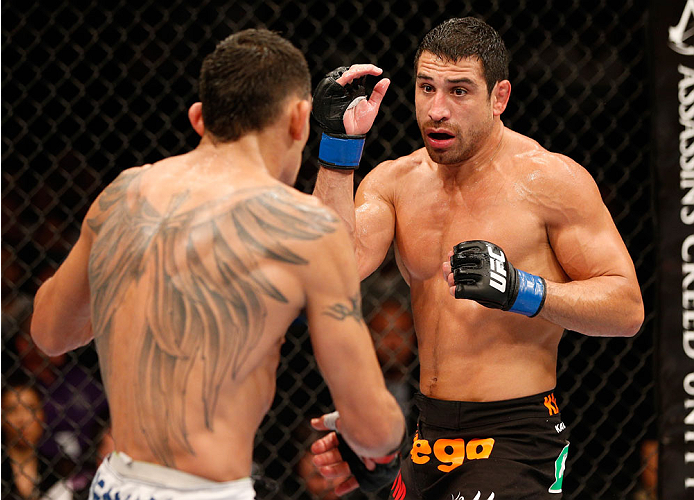 As he prepares for his 20th fight under the Zuffa banner (UFC / WEC) this weekend against Paul Felder, Danny Castillo isn’t comfortable or content, but he does take a pride in the fact that in perhaps the UFC’s toughest division, he’s still standing and swinging.

Winner of three of his last five bouts, with the only defeats controversial decision losses to Edson Barboza and Tony Ferguson, Castillo is in a good place heading into his first fight of 2015. He’s coming off his first Pay-Per-View co-main event against Ferguson, he and Felder will be headlining the FOX Sports 1 prelims on Saturday, and with a win, he’s likely to get put into another big fight. It’s not a bad spot to be in for someone who has had to grow up as a fighter on the sport’s biggest stages. 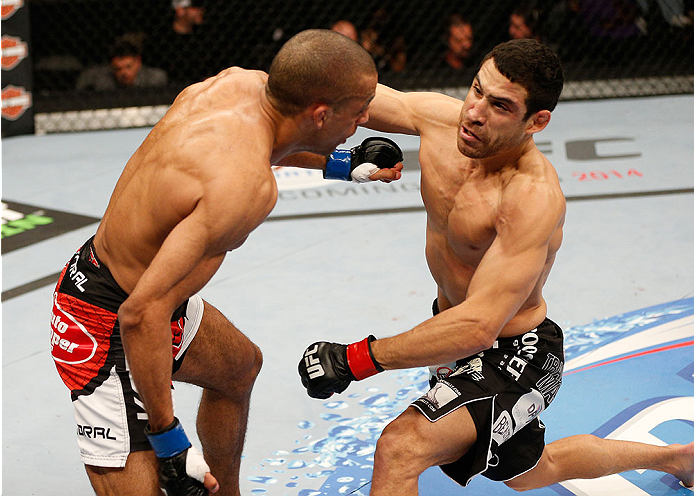 “It’s been a long ride,” he laughs. “Early in my career I was really inexperienced. I got thrown in the big show after nine months of training and eight months of competing. Every six weeks I had a fight and then all of a sudden I’m 5-0 and I get the call from the WEC and all of a sudden I’m fighting some of the best people in the world.”

That was back in 2008, and his first opponent in the WEC was the man who is in the UFC 182 co-main event, Donald Cerrone. Castillo lost that bout, but he went on to win five of his next seven in the blue cage, with his only losses coming to Shane Roller and future WEC / UFC lightweight champion Anthony Pettis. That run earned him a call to the UFC in 2011, and while he’s had his share of ups and downs, he feels that he’s on the right track.

That means any talk of his loss to Ferguson doesn’t bristle like it might have right after the August fight. These days, Castillo is more philosophical about the split decision defeat.

“I’m kind of disappointed in my last fight, so I have a lot to prove. I was entrusted with the huge responsibility of being co-main event of a Pay-Per-View and I feel like not only did I let myself down, but I feel like I let a lot of the fans down,” he said.

In control for much of the bout in the top position on the ground, Castillo was seemingly outworked by Ferguson enough that he lost the bout on two of the scorecards. Castillo feels that if he didn’t win the bout outright, he certainly didn’t lose it, but when asked if he needs to change things up a bit moving forward to make sure the judges see what he’s doing on fight night and reward it accordingly, he says “I go back and forth on this. GSP kind of made a living on doing exactly what I did. Was I aggressive in the top position as much as I could have been? Am I mad at Tony Ferguson or the judges? No. I was really upset and disappointed in myself because I just didn’t perform. I went out there and I’m ten times better than how I fought and I’m disappointed in my performance. When you perform under your abilities, that’s more disappointing than anything, and there’s no one to blame except myself.” 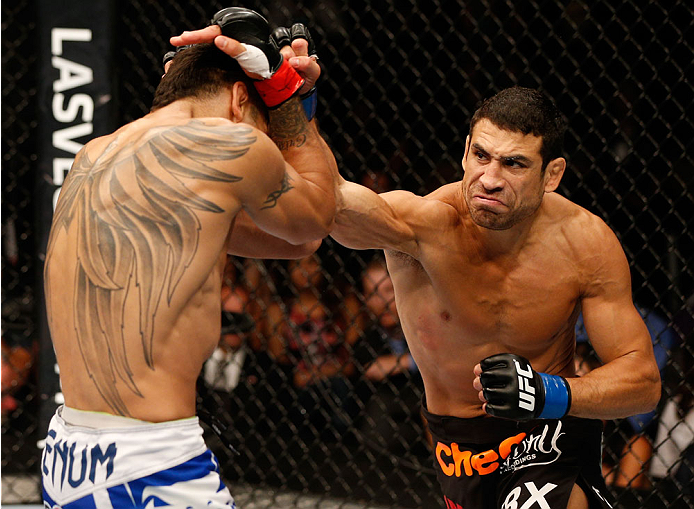 That kind of maturity comes with both age and experience, and Castillo, at 35, has reached that point where you let go of the things you can’t control and simply learn from them and move on. So when it comes to what he does on fight night, he’s planning to either take the judges out of the equation or leave no room for doubt.

“In the back of my mind I know the judges may not score it the way a lot of people may view it,” he said. “So I have to make it a dominant performance. I have to go out there and impose my will and bully another man around in the cage and prove to everyone outright that there’s no question that I won the fight and that’s the way I’m going into every fight from here on out.”

As for this fight with the unbeaten Felder, who is only competing in his second UFC bout, Castillo knows that a win over the man Felder replaced, Rustam Khabilov, would have been a bigger one, but it doesn’t matter, simply because he can only fight the opponent across from him on Saturday.

“The ultimate goal is to be the best in the world and it doesn’t matter who I’m fighting,” he said. “You still need to win, and you still need to rack up a winning streak in order to make those jumps and get that shot at the title. Regardless if it’s Khabilov or Felder, I still have to work to do.”

That’s the way the pros approach their career, and Castillo is most definitely a pro. Would he have been like this ten years ago though? 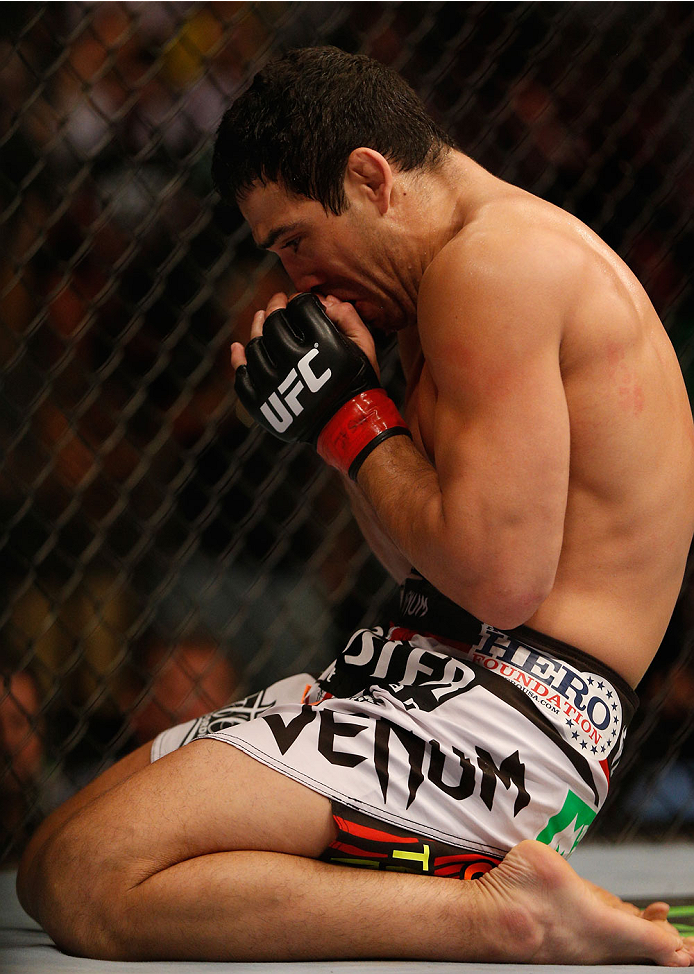 “I have grown up a lot,” he laughs. “I’ve grown up in that cage. When I first came into the sport, I was a mess. I was partying, but the one thing I can tell you is that I always worked super hard. Never once have I dogged out of practice or have I not given my all. But being older has given me a different perspective in terms of what’s important to me. It’s not about winning fight bonuses or gaining fans or signing autographs. Right now it’s about me and being the best me I can and performing to my abilities.”

“Never in a million years would I have pictured this,” Castillo admits. “As a kid, I always envisioned being a professional athlete. In high school, I was 5-5 and I knew I wasn’t going to go into the NBA, so that dream died off a little bit. (Laughs) Then MMA started to pick up and I saw a ton of wrestlers doing extremely well, and I was like ‘wait a minute, there’s still a chance, there’s still hope.’ I had that dream come back alive and now I’m living that dream.”
Check out the full UFC 182: Jones vs. Cormier fight card