Having been surrounded by the likes of Donald Cerrone, Joe Schilling and Kathy Long over the years, it’s safe to say that Daniel Rodriguez has been raised well in the Art of the Fight. Sure, he had the raw goods getting into more than his fair share of scraps over the years, but when he moved over to mixed martial arts, he linked up with people who kept that raw intensity in his game while adding the technical aspects of the sport.

The result has been a career that has championship potential in it, as Rodriguez has raced out to a 15-2 pro record that includes five UFC wins in just over a year’s time. In short, “D-Rod” is still a fighter fighting and not an athlete competing. And there’s a difference.

MORE FIGHT NIGHT: Fighters On The Rise | JJ Aldrich Gets It Figured Out

So when Rodriguez made the move to Las Vegas to work with the Syndicate MMA squad, the question many had was, will Rodriguez be like Rocky Balboa in Rocky III and get “civilized,” or will he still be Clubber Lang, fighting for his supper every time he straps the gloves on? 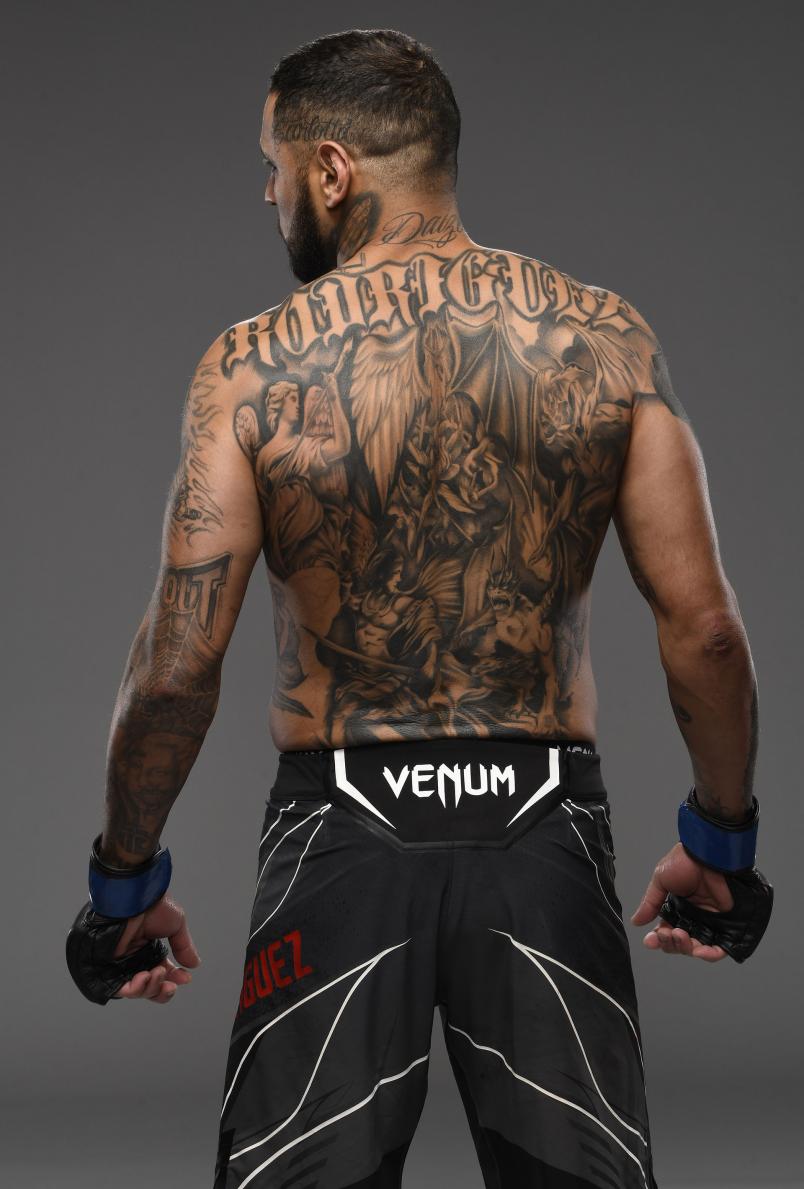 Daniel Rodriguez poses for a portrait after his victory during the UFC Fight Night event at UFC APEX on April 10, 2021 in Las Vegas, Nevada. (Photo by Mike Roach/Zuffa LLC)

“With how many training partners I have, I don't think they'll let me get civilized,” Rodriguez said. “My training partner Sean Strickland, he's the king of ‘Don't be a #$%^$.’ (Laughs) That's the kind of people that I'm working with. I'm surrounded by guys that are wanting to improve and want to grind and want to see me do good, and I want them to do good, so it's constant pushing and a constant grind, and I want more, so there's no room for me to become civilized. I've got to stay a wild animal.”

Ah, Rodriguez vs Strickland. Any thoughts of airing those sparring sessions on pay-per-view?

“We should,” he laughs. “People gotta pay to see this. There are some intense rounds, but that's what I came out here for, to work with these amazing athletes. And at Syndicate too, there's a lot of come and goers, so there's constantly dudes coming in and I'm able to get work with dudes from all over the world. So I put myself in a position to constantly be tested, constantly be put in new situations.” 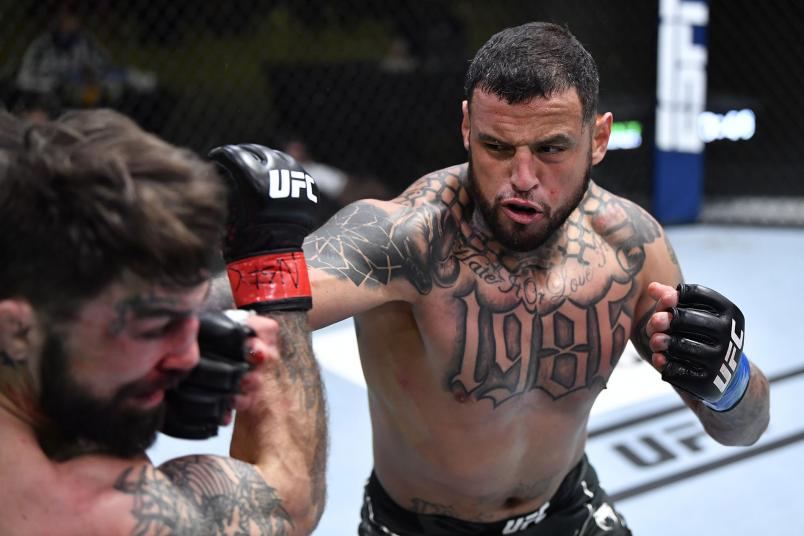 One situation that isn’t new is Rodriguez stepping up for short-notice fights. So when Sean Brady was forced off this Saturday’s card due to injury, Rodriguez jumped right in to face Kevin Lee. Now that’s not facing some journeyman or prospect without a full camp. Lee is one of the best in the game, yet the Californian didn’t blink. Why?

“Because I'm one of the top guys in the world,” Rodriguez said. “I just like to fight. My last fight went pretty good, I didn't get too out of shape and the opportunity presented itself and f**k it, I'm here to fight. If I'm gonna be a champion one day, then I gotta be able to beat all these dudes. And stylistically, he's just another opponent I've been training for my whole life.”

In other words, he’s used to opponents trying to take him down to avoid the bricks he packs in his gloves. So if someone wants it, they can get it.

“I think that's why I had such a big year last year, taking short notice fights left and right,” he said. “And I still continue to do it. Most dudes by now are like, 'Oh s**t, I'm trying to protect my record’ or they’re trying to pick and choose their fights. I've never been that way. I'm willing to fight anybody at any time. If a guy's a wrestler, I don't give a f**k about that shit. If I cared about that, I wouldn't have agreed to fight (Abubakar) Nurmagomedov. In all reality, I've been preparing for dudes to try to take me down my whole career.”

Nurmagomedov didn’t get to fight Rodriguez last month. The replacement foe, Preston Parsons, was stopped in less than four minutes. Now it’s another short camp for Rodriguez, who is more than prepared for Saturday night.

“It's all an opportunity,” he said. “Of course, I want to win, but I want to go out there and test myself. I believe so much in myself that I feel like I can beat anybody. I know I'm in the UFC, and these dudes are some of the best fighters in the world, but I'm constantly growing, constantly improving, so bring it.”