Daniel Pineda Has Returned To Make Some Noise

Veteran Featherweight Ready To Make The Most Of His Second UFC Run
By Thomas Gerbasi, on Twitter: @TGerbasi • Dec. 8, 2020

Daniel Pineda was about to settle down.

The Texas featherweight had been around the MMA block for over 12 years, fought in the biggest promotions in the sport, including the UFC, and while he never got that title in the Octagon, he made his mark as an all-action fighter who always chased the finish.

But as 2019 came to a close, the 34-year-old knew his fighting career would follow.

“I promised my wife in 2019 that we're gonna have a kid,” said Pineda, and late last year, he and Karla announced that a baby was on the way. In June, Olivia Yvette Pineda arrived, and dad couldn’t be happier. He found that rarest of rarities: peace. 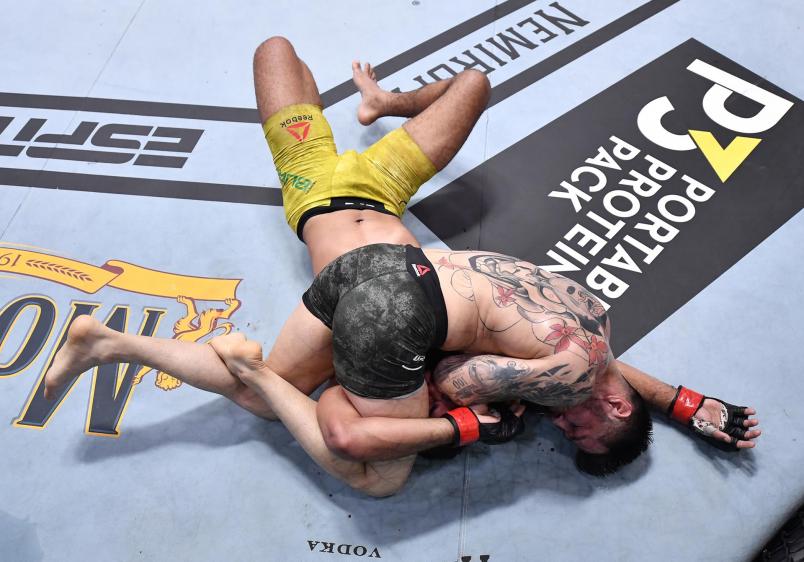 Then August rolled around. And you can see where this story is going.

“See what I'm saying - at 35, everything's happening,” laughs Pineda, who made his first UFC appearance since 2014 on August 15, nine days after his birthday.

Just like that, retirement was put on hold. But don’t mistake this for a nostalgia tour. Pineda, whose first fight back was a second-round stoppage of Herbert Burns at UFC 252, is in this to make some noise, and it all continues with a Saturday bout against Cub Swanson.

“It's my last run, so I gotta give it a good one,” he said. “I'm happy that they're throwing Cub at me. He has a name, I beat him I go up in the rankings, and in a couple more fights I get up to the top ten. That's what I'm hoping for.” 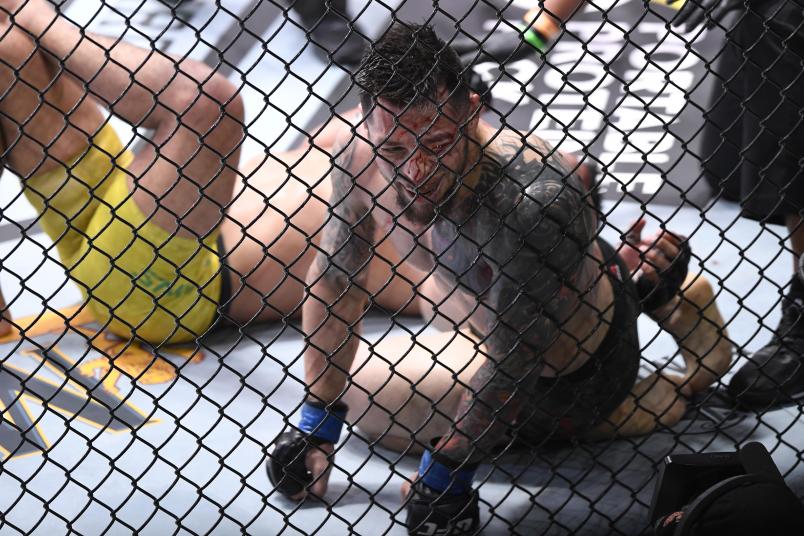 Rejoicing in the outcome vs Burns, August 15, 2020 in Las Vegas, NV (Photo by Chris Unger/Zuffa LLC)

It’s not the scenario Pineda was expecting in his life at this time last year, but after going 8-2 with eight finishes and 2 no contests following a 3-4 stint in the UFC from 2012 to 2014, he was certainly in line to return to the big show, and that’s where he always wanted to be.

Any particular reason why?

“First of all, the bonuses,” Pineda laughs. “I'm that kind of fighter that any fight you see me in, I'm gonna finish 'em quick or we're gonna have a Fight of the Night. So that's one thing. Plus, everybody wants to be in the UFC. That's the top organization.”

Yet while he was staying busy, the phone wasn’t ringing. Pineda believes it was because he isn’t as young as some of the killers around the featherweight division. But as he says in his best Doc Holliday voice, he believes he’s in his prime at 35.

“I feel like I'm peaking. I started peaking when I was 32-33. I feel good and I feel like I'm putting everything together. And that's what I don't understand. They just see an age. They should see finishes instead of age.” 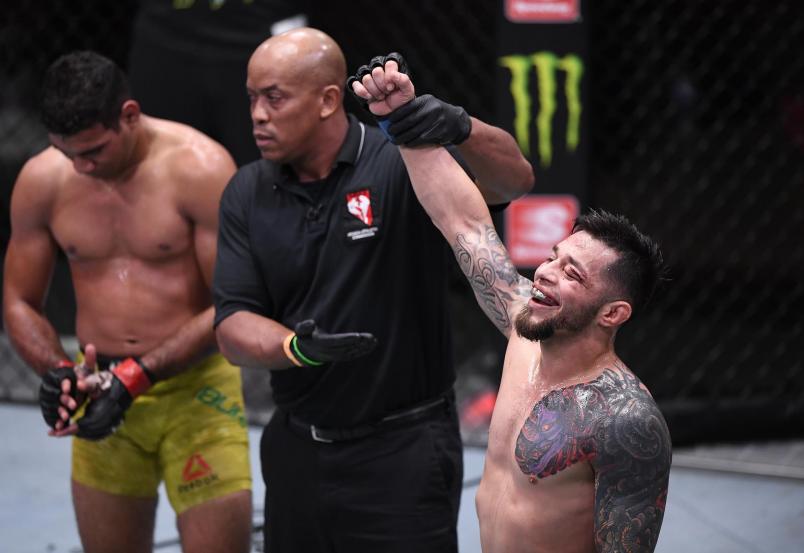 He got that finish when he handed the highly regarded Burns his first UFC loss, and he’s ready to go for another one on this week’s business trip in Las Vegas when he faces perennial contender Swanson in what is expected to be a barnburner on the UFC 256 card.

“I like this fight I got against Cub,” said Pineda. “He's been in the game, he's an OG, I'm an OG, we've both done it for so long, and he likes to scrap and I like to scrap. I love this fight. Either I'm getting knocked out or I'm gonna finish him quick. One of us is going out quick.”

That’s why fans have been in the Pineda corner for all these years. Now, he gets to make a final lap around the Octagon that he hopes will end with him at the top of the division. Maybe that was a far-fetched notion in 2019, but as 2020 has shown, anything is possible.