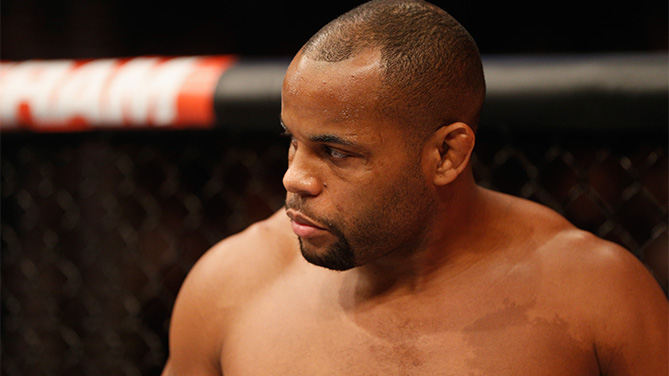 Word spread quickly throughout the sprawling American Kickboxing Academy. The big guys were strapping on the protective gear.

Almost everyone in the gym assembled in front of a converted racquetball court that holds a partial mixed-martial arts cage as Daniel Cormier and Cain Velasquez stepped inside. Then, as the small crowd watched silently, two of the UFC’s best sparred lightly in a raw, improvised choreography of strikes and takedowns over a series of five-minute rounds.
> READ: Anthony Johnson Strikes Back

Cormier and Velasquez worked at only three-quarters speed, never finishing their attacks. But they also were relentless, always moving. And when Coach Javier Mendez decided they had gone long enough, both men were drenched in sweat, gasping for breath.

This, Cormier said afterward, is why he’s going to be a different fighter on Saturday night at UFC 187 when he gets a second shot at the light heavyweight title in less than five months, facing Anthony “Rumble” Johnson. 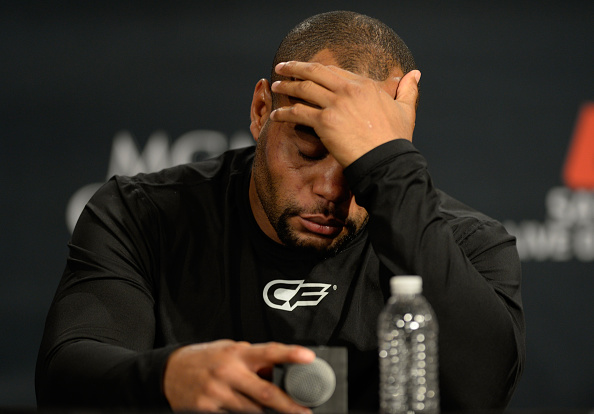 Who can forget what happened last time?

Cormier lost a unanimous decision to his arch-nemesis Jon Jones on Jan. 3 in one of the biggest UFC fights in recent memory. It was a devastating defeat for someone who not only was unbeaten in MMA, but who hadn’t even dropped a single round before that bout.

In the weeks and months since then, the 36-year-old Cormier (15-1) has spent countless hours of soul searching, pondering what went wrong, asking himself why Jones had been the better fighter. Yes, he made tactical errors that cost him inside the cage. But Cormier ultimately came to the conclusion that he lost the fight before it ever started.
> WATCH: Countdown to UFC 187 - Chris Weidman vs. Vitor Belfort 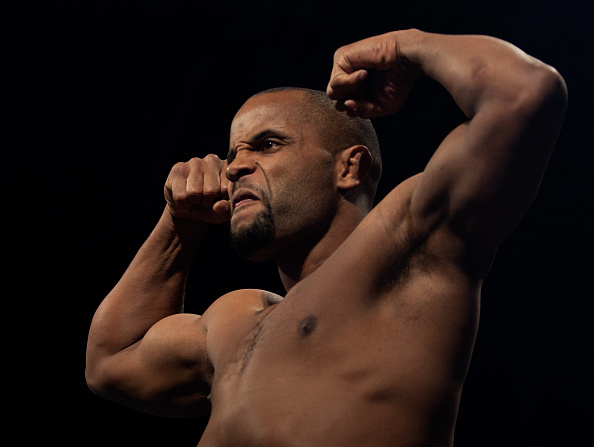 That’s because he had been missing a key ingredient during his training camp. AKA teammate Velazquez -- the reigning UFC heavyweight champion -- was reduced to being a mere spectator as he recovered from surgery to his right knee.

But Velasquez is back at full strength and preparing for his own title fight against Fabricio Werdum in June. And now, surprisingly, Cormier is getting another crack at the light heavyweight championship after Jones was stripped of his title and suspended indefinitely in the wake of his involvement in an alleged hit-and-run incident in New Mexico on April 26.

So, the two AKA fighters once again are helping each other with the goal of possessing a matching set of championship belts.
> WATCH: UFC 187 - Inside The Octagon

“After the Jones fight, DC told me: ‘Jav, I never want to go through this again. Next time, I will not let the opportunity get away from me. But I need Cain there with me,’” Mendez said. “I told him: ‘Well, you’ve got Cain.’” 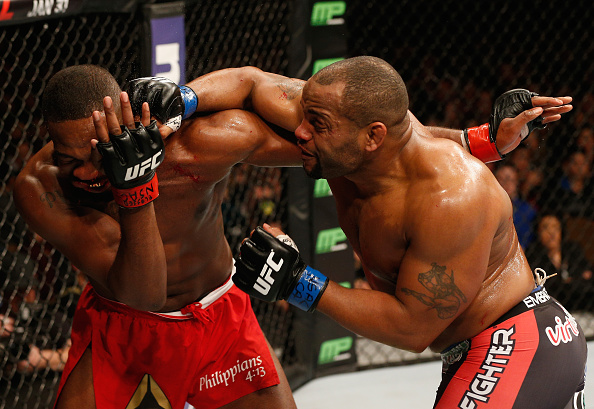 It’s impossible to overstate just how demoralized Cormier was after the Jones bout.

In the run-up to the fight, Cormier had opened up about just how much the fight meant to him, sharing details about a lifetime filled with challenges and heartache. How his dream of an Olympic wrestling gold medal vanished at the 2008 Beijing Games when his kidneys shut down after cutting weight too quickly, and he couldn’t even take the mat. Losing his father in a tragic shooting as a young boy. And, worst of all, how he still is haunted by the loss of an infant daughter in a 2003 automobile accident.

He had used all that pain as fuel, propelling him to this one chance. Cormier couldn’t lose to Jones. He had worked too hard for this moment. Too much was at stake.

Then, in a grudge match between two men with an undisguised dislike for one another, he failed. Cormier ended up just another notch on Jones’ title belt.

And he hated himself for it. 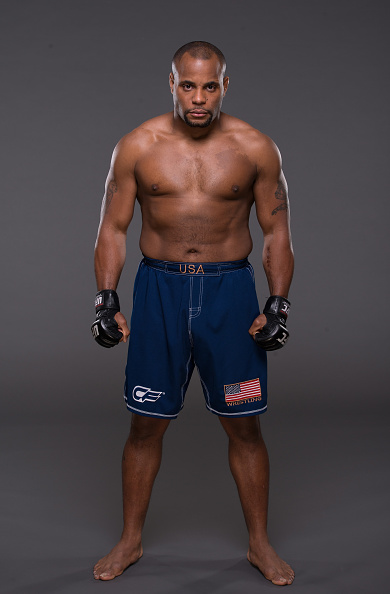 For the first time since 2007, back when he was still an amateur wrestler, Cormier had been bested. Cormier wasn’t sure how to deal with that feeling that he had let everyone down -- most of all, himself.

“It was terrible, horrible,” Cormier said. “It hurt so much. But I didn’t get it done, and it took some time to come to terms with that. In my heart, I was destroyed. And I took time to let it burn. I made sure that it burned. I sat in my house and just felt it. I sulked. I just let it eat at me. Jon did a great job that night. But it was the biggest opportunity that I ever had, and I let it slip away.”

Salina Deleon, his fiancée, would take their two young children out, giving him some space so he could sort through what happened and start picking up the pieces.

“It took a little while for him to get back into living a semi-normal life and get back to training,” Deleon said. “He really needed to clear his head and just get back to being himself. He was just so disappointed. But he took some time for himself, which was good. I think he needed that.”

Once back into the gym, Cormier resolved to work his way back up the ladder and hopefully, one day, get another shot at Jones -- who now had removed any doubts about being the best pound-per-pound fighter in UFC. 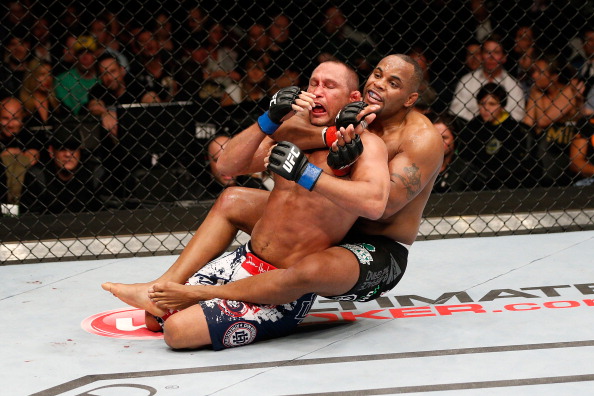 Meanwhile, he also returned to his place as a FOX Sports commentator, where he quickly has become one of MMA’s most authoritative voices. When AKA teammate Luke Rockhold pummeled Lyoto Machida on April 18, Cormier even left the broadcast desk, slipped off his suit jacket and went cage-side to support his close friend. Then, Cormier returned to the booth and engaged in some on-air verbal jabbing with UFC middleweight champion Chris Weidman about what Rockhold would do to him if and when they fight that title.

It all made for entertaining television. But Cormier never lost sight of his day job as a fighter. The plan was that facing Ryan Bader on June 6 in his return to the Octagon would be the first step back toward an eventual rematch again Jones.

When Jones was declared out of UFC 187, a replacement was needed to face the top challenger Johnson for the suddenly vacant title -- fast. Cormier didn’t wait for the phone to ring.

“When he heard the news of what happened, he knew it was time for him to raise his hand and say, ‘Hey, I’m right here and I’m ready to go,’” Deleon said. “He made a couple calls and put it out there. He got lucky and now he has the chance all over again to be the champ. It’s amazing how things can turn around, and he’s really grateful for the opportunity.” 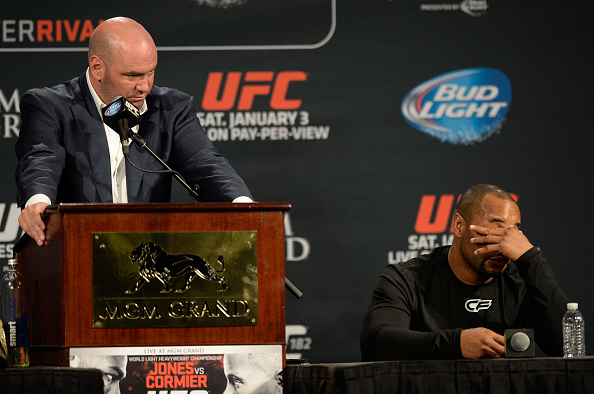 After dropping Jones from the card, UFC President Dana White quickly found out how badly Cormier wanted this chance.

“As soon the thing went down and people were starting to hear about it on social media, Cormier started blowing me up saying, “I want this fight, I want this fight.”’ White recalled. “Cormier is that type of guy. I love guys like him.”

Was White surprised how quickly Cormier jumped at the chance to face Johnson?

“No. That’s the type of guy he is. Cormier is a really smart guy. He’s a great guy. I couldn’t say enough good things about Cormier,” White said. “But he’s old school, man. He’s like an old school, nasty, tough wrestler. He’s a warrior. I love everything about him.

“He’s ready. He wanted that fight, no matter what.” 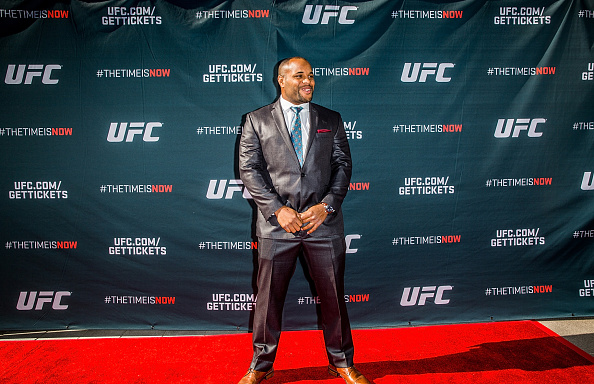 When he was preparing for Jones, Cormier found himself mixing and matching his training partners. He worked with a half-dozen-or-so, including Rockhold.

In retrospect, it wasn’t the preparation he needed.

“We had quite a few fighters in here last time, and they’re all outstanding, quality guys,” Mendez said. “But they all can’t add up to one Cain Velasquez. He’s just a special, special fighter. Even when you’re going light, it’s very hard to deal with Cain because he applies constant pressure.”

Part of what makes Cormier so formidable in the cage is his fitness level. He just doesn’t wear down. But that also may have worked against him without Velasquez around to spar.

“I always was in control in the gym, and I kept switching out partners because they couldn’t keep up,” Cormier recalled. “I love Luke to death, and he gave me everything he could. But it’s just not the same as Cain.”

This sparring session, he added, was a perfect example. 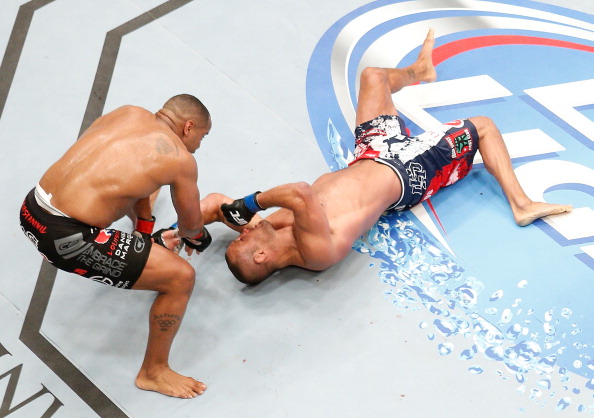 “Even at an easy pace, Cain puts pressure on me like nobody else ever will,” Cormier said. “Normally, I’m the guy pursuing, but against Cain, I can’t do that. I’m like the hunted. He’s just so technically solid and so much stronger, bigger, aggressive. He’s everything I need to prepare for a guy like Rumble Johnson, and it means the world to me to have him.”

AKA has been criticized of late -- most notably by White -- for pushing its fighters too hard. Velasquez, one of UFC’s biggest draws, is cited as Exhibit A because he has only been physically able to fight twice in the last two years.

But Velasquez staunchly defends their training regimen. There is a difference, he said, between beating each other up and working hard on technique against a man your equal.

“The way you get better is to spar with the best,” he added. “When you’re the better fighter, you can do whatever you want. But that doesn’t help you. It doesn’t do you any good coming in every day knowing that you’re the Top Dog. You become good by fighting to be the Top Dog that day. That’s why I push DC just as hard as he pushes me.”

Stepping in on such short notice to fight Johnson (19-4) is a daunting task. It’s not just that he has won nine consecutive fights. Johnson simply was sensational in his last bout on Jan. 24 when he completely dominated Alexander Gustafsson in his native Sweden with a first-round technical knockout. He clearly is a fighter on the rise. 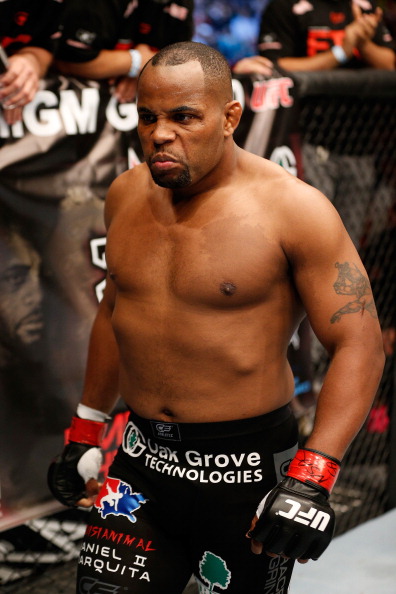 Cormier gives Johnson his due as a dangerous opponent. But he also is quick to add that from his point of view, he already was preparing for a fighter with a wrestling, heavy-hitting style in Bader. So he hasn’t altered his training approach.

“It’s not too much of a difference,” he said. “I’ll just have to do a little faster weight cut. But other than that, I’ll be fine. Both Johnson and Bader are kind of the same. I just have more power and better stamina than either of them.”

Cormier may be confident that he is going to win Saturday. But what’s less certain is how the public will view the fight.

For many UFC fans, the real champ will continue to be Jones, despite his personal problems and uncertain future as a professional fighter. Yes, either Cormier or Johnson will be declared the new champion. And fighters like Gustafsson, Bader and Rashad Evans soon will be jockeying for their title shot. But for them, somebody is merely going to be keeping that championship belt warm for the man known as “Bones.”

Cormier is well aware of the talk about whether or not this is a “real” title bout. Those are fighting words as far as he is concerned. But Mendez said he understands the debate . . . to a point. 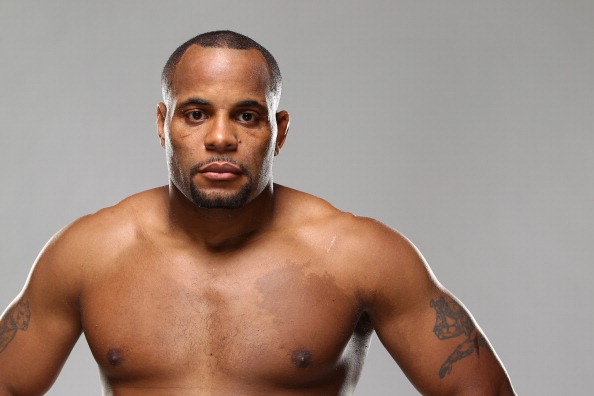 “Jones deservedly is considered one of the best of all time,” he said. “But we also just don’t know when he’ll be back. And this fight features the two best in the game right now, bar none. Hopefully, DC will win it, then get to defend it against a couple of top opponents. Then, when Jon Jones gets back into the fray, they can fight for that strap again.

Meanwhile, Cormier promises that people will be seeing the real DC this time.

“I’ve had a long time to think about that last fight,” he said. “I’ve forced myself to realize that I had to learn from that mistake.”

He paused, and delivered his best pre-fight stare.

“And I will not make it again.”