UFC Champion Daniel Cormier Has Been A Role Model At Every Point In His Career, Inside And Outside The Octagon.
By THOMAS GERBASI, ON TWITTER @TGERBASI • Feb. 27, 2021

Daniel Cormier has a lot to be proud of in a career that has seen him make two Olympic wrestling teams and win heavyweight and light heavyweight titles in the UFC. But what means the most to the 41-year-old has nothing to do with his life as an athlete.

“It doesn't matter if my kids are in a house that looks like ours or if they're in one that looks like the one I grew up in,” he said. “They are always okay. And that means as much to me as anything because they don't see money or no money, or rich or poor. Everybody's just a person to them and I love that our kids can live like that.”

If you needed another reason to respect “DC” as one of the good guys, there you go.

In late-2020, Cormier and his wife Salina welcomed their daughter Luna into the world, with the newest member of the household joining the Cormiers’ 10-year-old son Daniel Jr. and eight-year-old daughter Marquita. It’s a crazy world the youngest Cormier is stepping into, and while she’s too young to know what being born in the middle of 2020 means, it is something that DC and Salina had to explain to their older children while still allowing them to be kids.

“It's a bit of a balancing act,” Cormier said. “What Selina and I don't want to do is have our kids be completely overwhelmed by everything in the world, including the bad. Do we make them aware of what's going on? Yes. But do we kind of allow them to be kids? We do want to shield them, so it's a bit of a balancing act. But I think for my kids, their whole lives have been spent and have been lived so different than anything that we've ever experienced.”

Cormier laughs when he thinks about those days in Lafayette, Louisiana, far removed from the life his own children have. 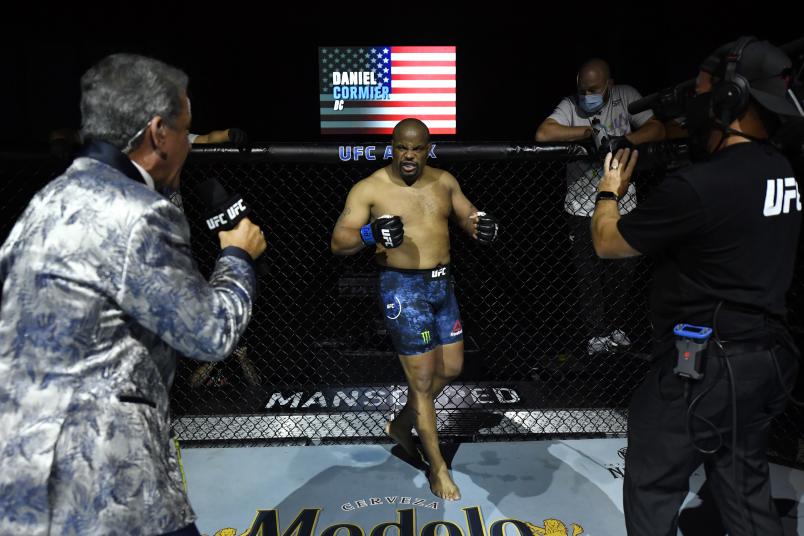 Yet once he was exposed to kids who didn’t look like him, it was just like any other relationship in that he made it work. And once he began playing sports, it became crystal clear immediately that to be successful as part of a team, you had to be able to get along with everybody.

“Once I got into sports, I was surrounded by different races - White kids, Black kids - playing football together,” he said. “And through wrestling, you obviously see everybody, so I just learned to get along with people. If a guy was working hard, I respected him. It didn't matter if he was White, Black, Mexican, Russian - was that guy like-minded, did he work hard? We were all trying to accomplish the same thing. Those are the things I always looked at as a kid and I took those same lessons to me growing older.”

For evidence, just look at the United Nations occupying the AKA gym that was Cormier’s home throughout his UFC career. Whether you were Cain Velasquez, Khabib Nurmagomedov or Luke Rockhold, if you worked hard and pulled your weight for the team, Cormier would have your back through any situation. And while that was his life on a day-to-day basis during his 11-year pro MMA career, early on, as he began to move up the ranks, he realized that he could also make a difference in the lives of kids around the country and the world, starting in Lafayette.

“I became more aware of what I was gonna leave behind as I got older,” he said. “When you're young, you're kinda flying by the seat of your pants. But then, as I got older, when I got to the UFC and the platform raised, I think one thing that really did change the way I perceived everything was once I was at my neighborhood convenience store and there was a picture from Bud Light of Rashad Evans. And my wife and I were just like, 'Oh, there's Rashad.' And it was in the middle of Lafayette, Louisiana, where all these little, young black boys and girls would see Rashad Evans and could see that 'wow, this guy looks like me.' And I kind of thought at that point, man, if I can get to that point to where Rashad is, I could be on posters and I could be on advertisements in my own neighborhood, so I can motivate and show the kids that are from the same place that I am, that through hard work and commitment that you can become something special. So as I got older, I became way more aware of the opportunity to really motivate and inspire kids to know that things could be different.”

Those inspired kids included his own, and while the world was turned upside down in 2020, the Cormiers had to have some tough conversations with Daniel Jr. and Marquita. 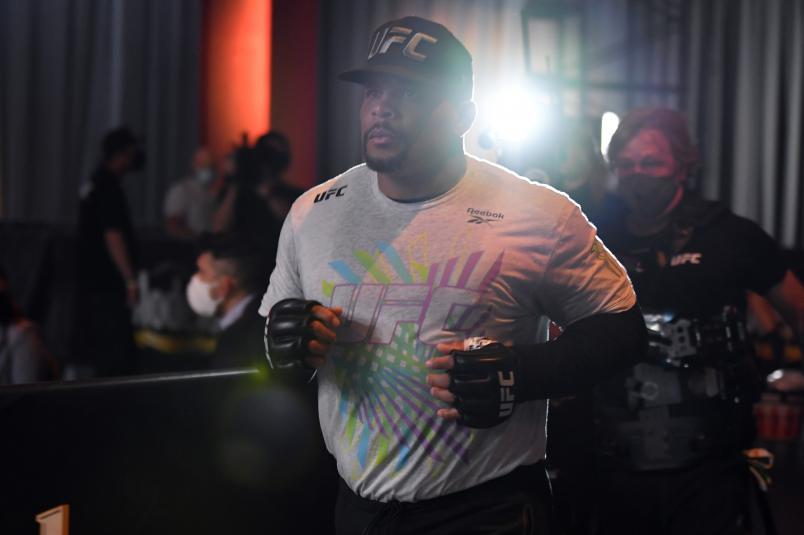 “We have to explain to them at times that although we live in this little bubble, that's not life for everyone,” he said. “And we make them aware of that. We show them that not everybody gets treated as you do or as you see dad get treated. So we have to try and understand people's plight and understand that what happened to George Floyd was not fair. What happened to Breonna Taylor was not fair. And that there were some racial undertones, obviously, as to why it happened. It was absolutely terrible to see. So I try to show them things but also protect them enough to where they're not overwhelmed by it. My whole family is Black and everybody was so mad and rightfully so. But for children, you want them to be aware, you want them to understand the way that the world works, and that the world is not always sunshine and rainbows, but you cannot let them be lost in it.”

It's as much of an accomplishment as anything Cormier has done on the wrestling mat or in the Octagon, and even in the broadcast booth, where he was recently honored as the first African American color commentator to call a UFC event in the Zuffa era. And that’s perfectly fine with Cormier, especially with the theme of this year’s Black History Month celebration being “The Black Family.”

“Nobody does everything right, but the one thing you want to do right is what you do with your children,” said Cormier, who has done more right than most.