Danaa Batgerel’s entry into the UFC didn’t start the way he had hoped, as he came out on the wrong side of a decision against Alatengheili back in 2019. As the first UFC fighter from Mongolia, he had dreamed of making a bigger impression, and in such an unforgiving sport, it was a moment that could shake nearly anyone’s confidence.

But winning, as they say, cures all. And that’s precisely what he did in his sophomore outing, and in the most emphatic fashion. Facing veteran Guido Cannetti in front of a packed house at UFC 248, he scored a first-round KO with a left hand so fast and so precise you need the benefit of slow motion to even see what happened. And suddenly, a little-known talent in the West was on the map in the UFC bantamweight division.

“Getting that first win made me believe in myself even more,” he told UFC.com via interpreter. “It made me see I could have a big career in the UFC.”

Born in Erdenetsagaan, Sukhbaatar province in 1989, Batgerel spent most of his childhood in the countryside together with Mongolian soldiers, playing and doing their exercises.  He attributes his intense work ethic to the loss of his father at age seven, and to this day, he still takes care of his mother.

“Storm” started training kickboxing in 2007, and by 2009 he was collecting gold medals in the sport. He began training MMA in 2010 and scored his first tournament gold that same year. Once a pupil of the enigmatic Jadamba Narantungalag, he enjoyed a bit of a cultish aura around his name and didn’t always have the easiest time finding opponents. 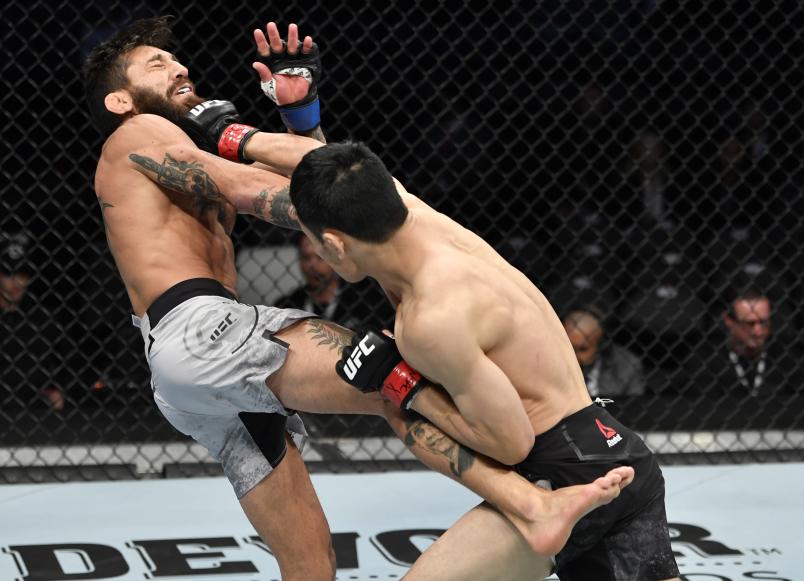 Danaa Batgerel of Mongolia punches Guido Cannetti of Argentina in their bantamweight fight during the UFC 248 event at T-Mobile Arena on March 07, 2020 in Las Vegas, Nevada. (Photo by Jeff Bottari/Zuffa LLC)

Getting it done vs Cannetti of March 07, 2020 in Las Vegas, Nevada. (Photo by Jeff Bottari/Zuffa LLC)

When he did find one, he was frequently successful, notching a 7-1 record in promotions like MGL-1, RUFF and Legend FC (where he boasts a win over current UFC standout Kai Kara-France). Then the UFC came calling.

“The UFC was a dream for us,” he says, referring to both himself and the country of Mongolia. Being the first from his nation is clear point of pride for him, and deservedly so.

“There are quite a few Asian fighters in the UFC, and to be the lone Asian fighter representing Mongolia is a huge responsibility,” he says. For his third time in as many fights, he’ll share the card with Chinese champion Zhang Weili, and Batgerel is certain that the day an Asian male becomes champion is coming soon. Could it be him? String together a few more wins like his last fight and the sky is the limit in a volatile bantamweight landscape. 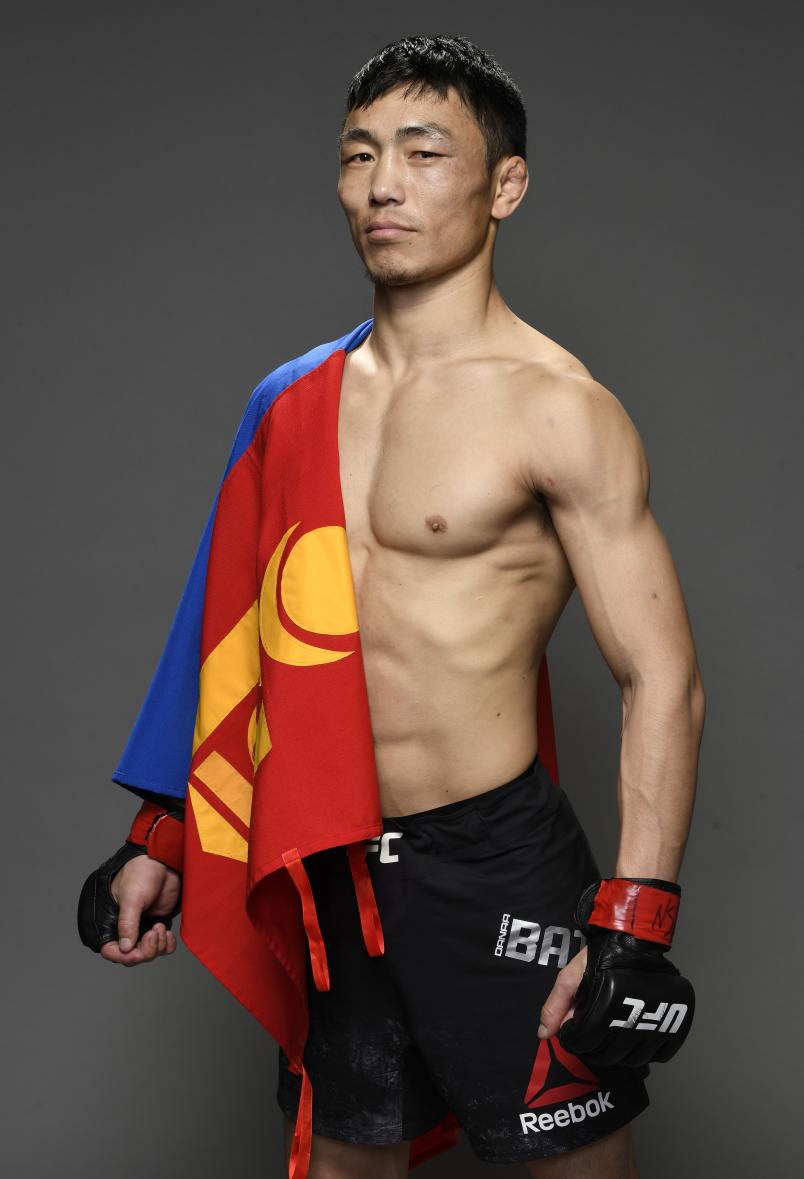 Danaa Batgerel of Mongolia poses for a portrait backstage after his victory during the UFC 248 event at T-Mobile Arena on March 07, 2020 in Las Vegas, Nevada. (Photo by Mike Roach/Zuffa LLC)

Keeping the momentum going from that knockout isn’t easy when a global pandemic and injuries keep you out of the Octagon for nearly 13 months. But if there’s a silver lining, it might be that he never had to fight without fans in attendance. His last outing was the last UFC event at full capacity in 2020 before COVID restrictions took over. Saturday night when he makes the walk at UFC 261, it will be the first event since that night to allow the fans back.

“Obviously having fights with fans are much better than without them! The crowd of fans makes me exuberant and gives me energy to put on a better fight!” 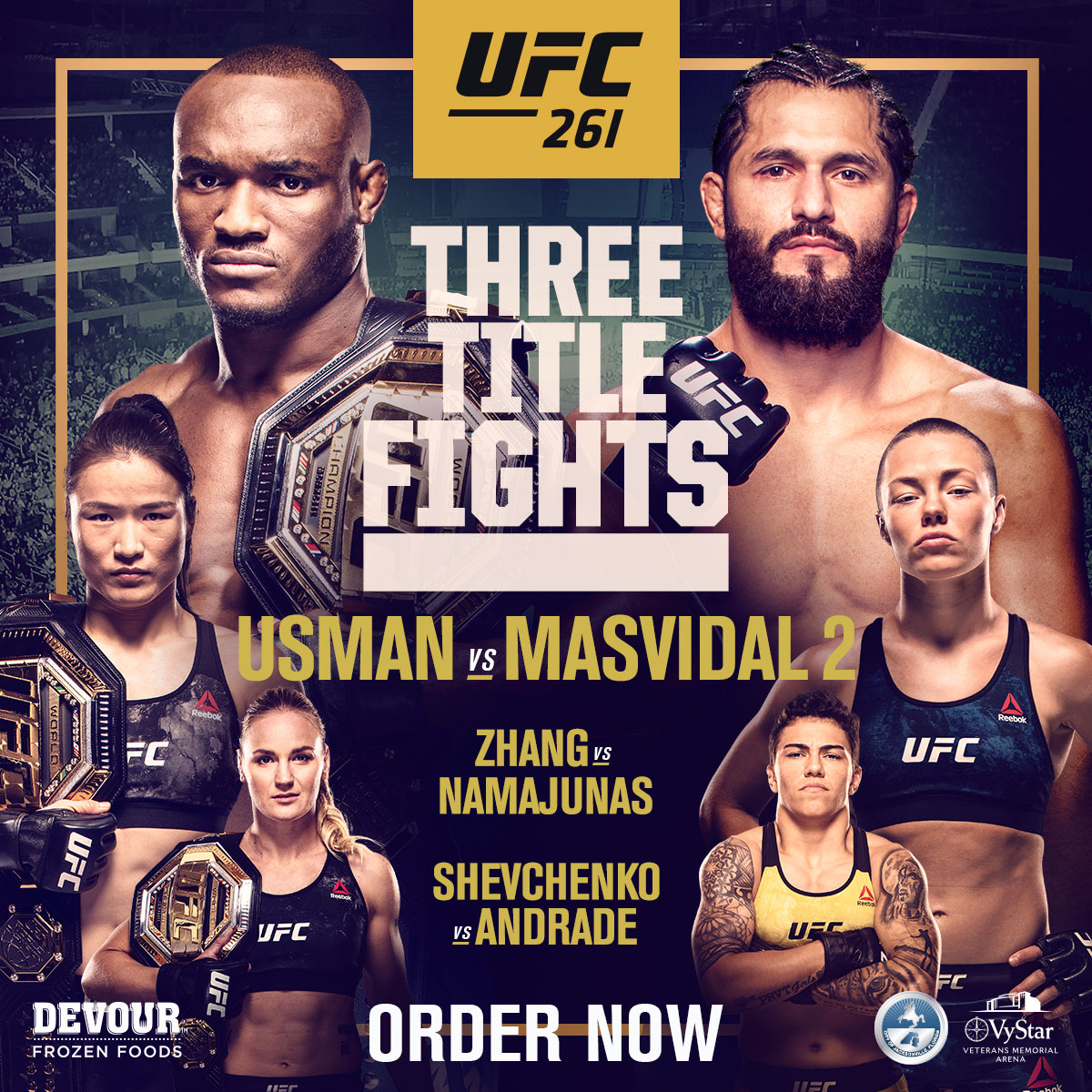 A little extra energy will be welcome come Saturday night. For his third UFC tilt, Batgerel has drawn Kevin Natividad, a talented knockout artist who is still searching for his first UFC win after coming up short in his promotional debut. Batgerel understands keenly where his opponent will be coming from on fight night, and he welcomes the challenge.

“Kevin Natividad is a good fighter, and I wish him good luck,” he smiles.  “I’m looking forward to showing him what the Mongolian storm feels like!”