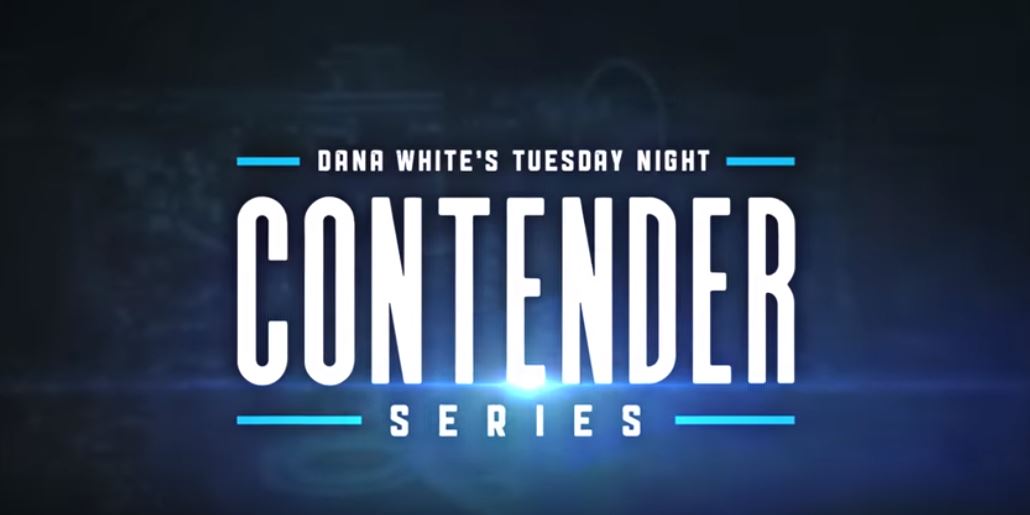 The highly anticipated return of Dana White's Tuesday Night Contender Series is finally upon us, as a group of the top-rated prospects in the sport face off with a chance to earn a UFC contract.

Last season saw several fighters not only put on impressive performances to earn those UFC deals but then go on to find success inside the Octagon.

Season one competitor Sean O'Malley has quickly become one of the most talked about fighters on the entire UFC roster after he made quite the showing during season one of the Contender Series.

Julian Marquez is another top-flight prospect who put on a thrilling performance on the Contender Series and then duplicated that with a stunning knockout in his UFC debut.

Undefeated Lauren Mueller also showcased her skills in front of the UFC boss before earning her contract and picking up a dominant win in her flyweight debut.

The latest crop of fighters itching for a chance to show Dana White what they can do will kick off with five matchups ranging from bantamweight all the way to heavyweight, with each athlete looking to showcase their skills to earn that UFC contract.

With that said, let's take a look at the matchups for week one of Dana White's Tuesday Night Contender Series…

KEVIN HOLLAND VS. WILL SANTIAGO

Kevin Holland (12-3) likes to consider himself a human highlight reel because he's always going for the finish and he wants the crowd to leave satisfied every time he steps inside the cage. Holland is a long, rangy striker with a flashy arsenal of Muay Thai kickboxing. Don't be deceived by his striking and suddenly think that he doesn't have a ground game because Holland has wrapped up five career submission wins as well. The only loss on his recent record came to current UFC welterweight Curtis Millender by decision. Otherwise, Holland has won eight out of his past nine fights including a win over fellow Contender Series vet Geoff Neal.

As for Will Santiago (9-4), he comes in from the famed Jackson-Winkeljohn academy, which is the same gym responsible for former light heavyweight champion Jon Jones, Donald "Cowboy" Cerrone, Holly Holm and dozens of other UFC superstars. Santiago is a knockout artist in his own right with a string of jaw dropping finishes, including his past two wins in a row that both ended before the one-minute mark of the opening round.

Considering the kind of firepower these two middleweights pack, this might be a show stealer once Holland and Santiago face off in the Octagon.

Montel Jackson (5-0) will look to keep his record perfect and hopefully earn a UFC contract when he debuts in the Contender Series. Jackson transitioned into mixed martial arts after helping a friend out with his wrestling and then falling in love with the sport himself. Jackson trains under former UFC fighter Eric “Red” Schafer, which means he has a slick ground game and plenty of pop behind his punches. Jackson has finished four of his first five opponents and he'll look to add another to his resume in the Contender Series.

Rico DiSciullo (9-1, 1 NC) comes to the Contender Series after gaining a ton of experience fighting out of the New England area. DiSciullo is close friends with UFC fighter Charles Rosa after they grew up together in Massachusetts. DiSciullo has a well-rounded game at his disposal with several lightning quick knockouts on his record as well as a few impressive submissions as well. Disciullo will also enjoy a slight experience advantage with 11 professional fights as well as several more amateur bouts.

In a battle of former NFL players, Greg Hardy will make his professional fighting debut against another heavyweight prospect in Austen Lane.

Hardy (0-0) decided to test himself in MMA back in 2016 after spending six seasons in the NFL with teams such as the Carolina Panthers and Dallas Cowboys. Since that time, Hardy has been learning the fight game under the tutelage of UFC veteran Din Thomas at American Top Team in Florida. There, Hardy has a long list of heavyweights to work with including a pair of former champions in Junior Dos Santos and Andrei Arlovski. Hardy was 3-0 in his amateur career with all three victories coming by way of first round knockout.

Austen Lane (4-0) is a former defensive end who was drafted out of college by the Jacksonville Jaguars. Since moving to MMA, Lane has been extremely impressive, with five wins as an amateur as well as four more as a pro with all of those victories also ended via first-round knockout.

Given the power of these two heavy hitters, it's tough to imagine there will be a second round.

Chris Curtis (18-5) has long been considered one of the top welterweight prospects in the sport and now he'll get his chance to shine on the Contender Series. A native of Cincinnati, OH, Curtis trains with UFC legend Dan Henderson at his Team Quest facility in California, where he works alongside a long list of UFC veterans. Curtis has won his last five fights in a row including a victory over fellow Contender Series newcomer Will Santiago.

As for Sean Lally (8-2), he comes from New Hampshire with a five-fight win streak of his own. Lally has been a stalwart of the New England fight scene with knockouts in four of his past five fights. Lally loves to throw his hands and the same can be said for Curtis, so this is another matchup with fireworks written all over it.

Alonzo Menifield (6-0) is Contender Series veteran looking to earn his way to the UFC in his second chance this season. Menifield debuted last year with a TKO against Octagon veteran Daniel Jolly but he was still very early in his career when he won that fight. Since then, Menifield has picked up two more wins - one by submission and one by knockout - and now he's back on the DWTNCS to prove he belongs in the UFC's light heavyweight division.

Meanwhile, Dashawn Boatwright (3-0) will attempt to steal his thunder when he makes his Contender Series debut. Fighting out of Richmond, Virginia, Boatwright has been a local favorite with an exciting style inside the cage including six finishes between his pro and amateur fights. Boatwright is still relatively new when it comes to his professional career, but he will absolutely bring the fight to Menifield in another matchup that has a very low chance of seeing the judges' scorecards.