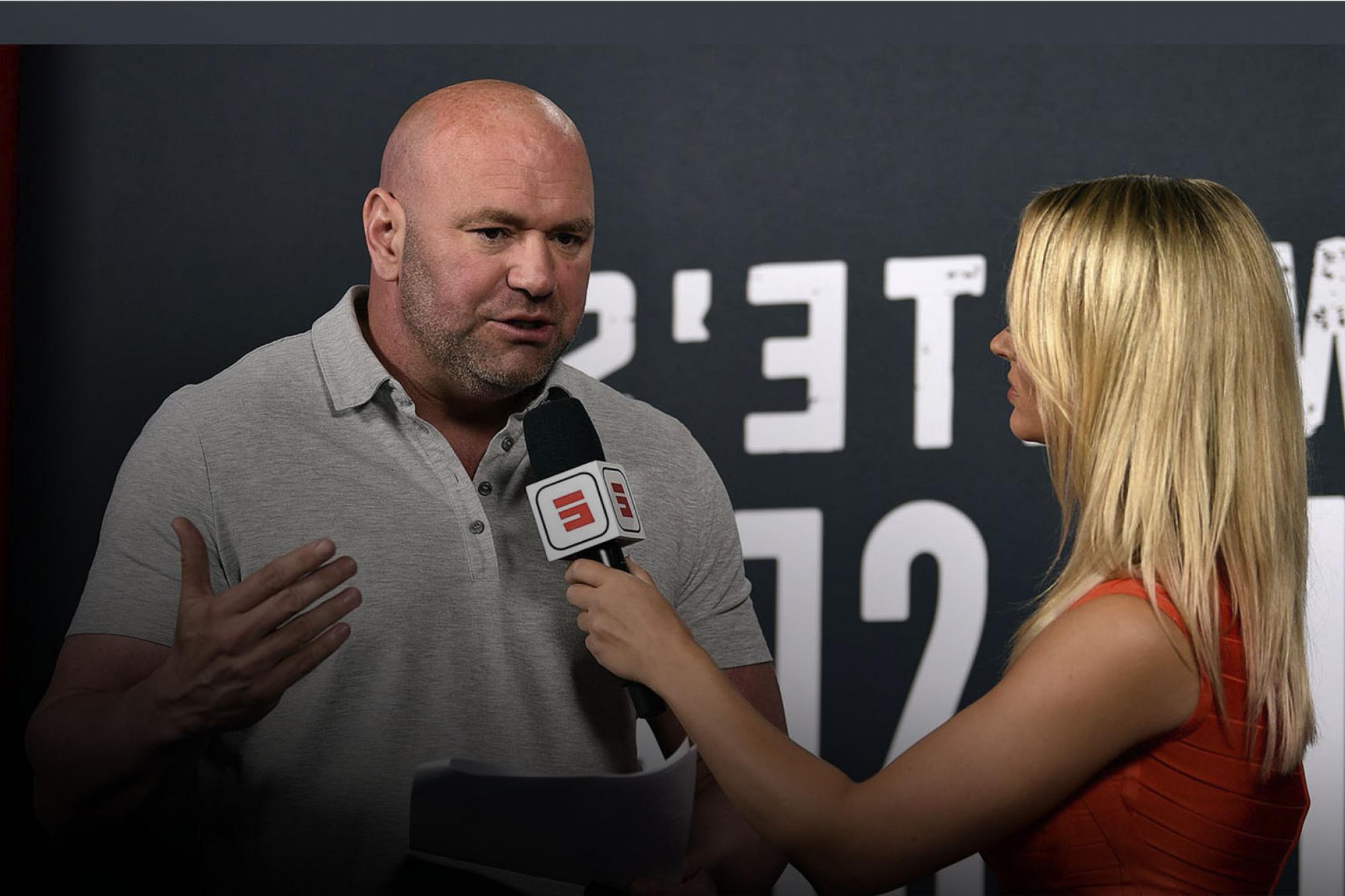 The third season of Dana White’s Contender Series got off to a bit of a slow start, with just four fighters earning contracts over the opening two weeks, but since returning from a one-week hiatus due to International Fight Week, business has picked up.

History was made during Week 3 when the UFC President awarded contracts to each of the week’s five victorious fighters and last week, four more competitors got the call to the Octagon, while Kevin Syler, who missed weight prior to his dominant win over Lance Lawrence, received positive reviews for his performance.

This week, another five pairs of hopefuls square off inside the UFC Apex hoping to join the 13 competitors who have graduated to the biggest stage in the sport already this summer.

Here’s a look at what’s on tap on Week 5 of Dana White’s Contender Series.

A member of the Sikjitsu fight team that has produced UFC contenders Michael Chiesa and Julianna Pena, amongst others, McKinney arrives in Las Vegas on a three-fight winning streak, looking to become the latest member of the Spokane, Washington squad to ink a UFC deal.

The 24-year-old featherweight scored a sub-one-minute win over Strikeforce veteran Charon Spain back in May, and half of his professional bouts have come against two opponents, including his lone career loss, which came when McKinney suffered a leg injury, so it’s difficult to get an accurate read on his talents. That said, Sikjitsu head coach Rick Little isn’t one to send his charges into battle unprepared, and given the collection of quick stoppage victories that line his record, it’s safe to say that McKinney will be looking to end this one early.

Woodson jumped at the opportunity to replace the injured Adli Edwards here and makes his first appearance since last November with the chance to potentially graduate to the UFC hanging in the balance. The 27-year-old from Missouri came out of the gates quickly, winning four fights in his first year as a pro, but has been limited to just a single appearance since then, as fight cancellations have kept him out of action.

Woodson has shown an ability to go the distance against solid regional competition in the past, so it will be interesting to see if the short notice nature of this matchup impacts that at all. It’s a stark contrast to McKinney’s quick-finishing style, so this one could come down to which man is able to best control the tempo on Tuesday night in Las Vegas.

Williams is another returning Contender Series alum, having registered a third-round stoppage win over Tim Caron in Week 3 of last season. That victory was later overturned after Williams tested positive for cannabis metabolites, however, he’s since picked up another victory to push his unbeaten streak to four.

Last week, Don’Tale Mayes became the first returning competitor of the year to register a victory and now Williams will be looking to do the same. The 28-year-old middleweight’s only loss in his last eight fights came against current UFC fighter Dwight Grant and if he can turn in another strong effort in his return to Las Vegas, he could get the call-up to the UFC he missed out on last year.

In order to do that, however, he’ll need to get through the undefeated Kuramagomedov, who enters with five wins in as many starts and a great deal of buzz as a fan favorite amongst the hardcore set. The six-foot welterweight hasn’t fought since last August, which means his conditioning will immediately come into question, but if he shows no signs of rust, he has the arsenal to impress and earn another victory.

He trains alongside his fellow countryman Zabit Magomedsharipov and Said Nurgmagomedov with the Mark Henry and Ricardo Almeida crew in Jersey, so you know he’s going to be well prepared for his UFC audition. If he’s anything close to as good as the other prospects that have come out of that camp with a great deal of buzz in recent years, Kuramagomedov could end up being the standout performer from this week’s collection of fights.

Lightweight hopefuls collide in the middle bout of this week’s show as Florida’s Lohsen squares off with the AKA representative Okanovich.

Standing six-foot-two, Lohsen has incredible size for the division and an extensive record despite being just 24 years old. He logged five amateur appearances, winning his final four, before turning pro, where he’s since had four-fight and three-fight winning streaks sandwiched around his lone professional setback.

In addition to working at his home gym, Darkwolf MMA, Lohsen supplements his efforts with trips to Fusion X-Cel Performance to work with Julien Williams and the crew in Orlando. He’s finished six of his seven pro wins by submission, including each of his last three inside the opening five minutes, so there are no surprises when it comes to what he’ll be looking to do on Tuesday night.

What makes this fight so compelling is that Okanovich has a preference for finishing on the ground as well, having registered four of his six wins by submission. The 28-year-old has gone unbeaten since dropping his debut, but has been out of action since collecting a unanimous decision win over Hugo Lujan last May.

Working with the all-star cast of coaches and training partners available to him at American Kickboxing Academy sets the bar relatively high for Okanovich as he looks to transition from the regional circuit to the big leagues, but it also means he’s sure to be well prepared when he makes the walk on Tuesday night inside the UFC Apex.

An undefeated fighter from Michigan, Hill has fought at heavyweight in the past, but prefers competing at light heavyweight, where he’s registered a win over recent UFC rookie Dequan Townsend. Fights have been difficult to come by for Hill, who made his pro debut in September 2017, but he’s beaten everyone who has ever stood across from him and with his effort over Townsend as a baseline, “Sweet Dreams” stands as one of the most intriguing competitors on this week’s fight card.

Poppeck is a difficult fighter to get a read on as the 28-year-old German started his career all the way back in 2013, raced out to seven straight victories, but has gone just 2-2 since, including a loss to future UFC competitor Rob Wilkinson. He won his last outing by split decision back in December and his early career triumphs paint a picture of a fighter with strong ground-and-pound, but it’s hard to know how much stock to put into three- and four-year-old performances on the still developing German circuit.

This is a fight clouded by questions that can only be answered once these two light heavyweight hopefuls take to the cage on Tuesday night.

For the second consecutive week, the opening bout of the evening features the two most accomplished and established fighters on the card, as the former TUF contestant and King of the Cage champ Quarantillo squares off with seasoned regional vet Kirk in featherweight action.

Quarantillo, who was a member of Team Faber on Season 22 of the long-running UFC reality TV competition, has gone 5-1 since coming off the show, including wins over veterans Marc Stevens and Eric Reynolds, as well as a title victory over Ryan Fillingame. He returned from an extended break in February to collect a second-round stoppage win and if he can post a victory in Tuesday’s opener, he could make the most of his second chance at a UFC contract.

After going 4-0 as an amateur, Kirk turned pro a couple months ahead of turning 20 and amassed a 6-2 record over his first two years. He bounced back from a majority decision loss in his lone appearance under the Victory FC banner with a first-round stoppage win 10 months later, but then missed 18 months after suffering an ACL injury. He’s since returned to collect a pair of first-round stoppage victories in the LFA, including a triangle choke finish of Kevin Croom last November.

Featherweight is flush with talent, but both of these men have exhibited potential in the past, and with a dominant effort from either one, the population of the 145-pound ranks could increase.