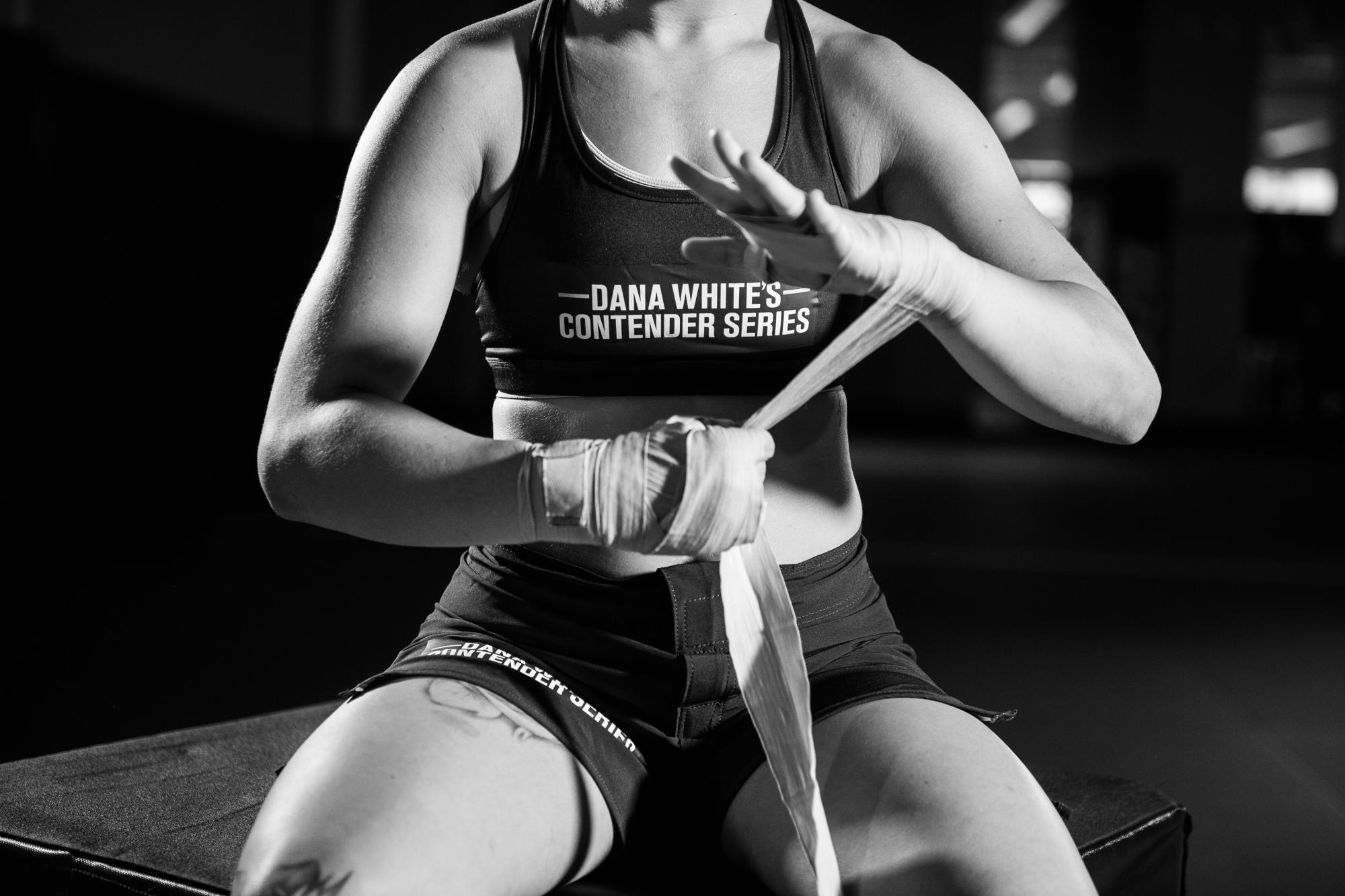 Middleweights man the main event for Week 2 as a pair of once-beaten athletes look to punch their ticket to the UFC.

Just 23 years old, Pyfer has already amassed a 7-1 record in a little over two years as a pro, earning his stripes on the gritty East Coast regional circuit with fights in Art of War Cage Fighting, CES, and Ring of Combat. He suffered the first loss of his career late last year but rebounded nicely in February with a second-round stoppage win. Pyfer has only gone the distance once in his career and Tuesday’s headlining tilt is a big opportunity for “Bodybagz” to prove he’s capable of making the jump to the major leagues.

Fighting out of Germersheim, Germany, Stoltzfus brings a nine-fight winning streak and 12-1 record overall into his Contender Series assignment on Tuesday night. The 28-year-old has won five of his last six bouts by finish, including a third-round victory via the rarely seen twister submission last time out, and was in camp alongside UFC vet Peter Sobotta ahead of his fight on Fight Island at the end of last month.

The UFC bantamweight division has never been as flush with talent and competitive as it is now, and these two regional standouts are hopeful that this fight paves the way for them to join that impressive collection of athletes.

Yanez is an LFA veteran who arrives in Las Vegas with a 10-3 record overall and three consecutive victories. Thus far, his most high profile outings have been his three setbacks, where he lost to UFC fighters Miles Johns and Domingo Pilarte, as well as talented Texan Levi Mowles, but the 26-year-old went the distance in all three outings and dropped split decisions to both Johns and Pilarte.

A dozen fights into his professional career, Huang has compiled an 11-1 mark and rebounded from his first career loss with three consecutive victories. That lone setback came in the summer of 2018 against current UFC bantamweight Martin Day, and after earning a pair of quick finishes immediately following the loss, the 27-year-old ventured to Japan and collected a unanimous decision win over Hidekazu Fukushima under the Pancrase banner.

The first women to compete on Season 4 clash in the strawweight division as recently crowned LFA champ Demopoulos meets Wales’ McKenna inside the Apex.

Demopoulos took a three-year break from competing after suffering the first loss of her amateur career (to Katlyn Chookagian), but has been rolling since returning, earning finishes in her last two amateur fights before putting together a 5-1 record as a pro. Last time out, the 31-year-old “Lil Monster” locked up a fourth-round inverted triangle choke on Sam Hughes to claim the vacant LFA strawweight title and now she looks to make it five consecutive victories in her UFC audition on Tuesday night.

Following a 7-0 amateur career, McKenna has gone 4-1 as a pro thus far, with her lone loss being a split decision setback against Contender Series Season 3 contestant Micol di Segni. “The Hobbit” hasn’t fought since last May due to a pair of scrapped contests under the Cage Warriors banner, but she’s bounced back from her loss to de Segni with consecutive finishes and looks to become the first Welsh woman to join the UFC ranks.

Will Demopoulos’ very recent success propel her to victory in Vegas or will McKenna make the most of her transatlantic journey and secure the biggest win of her career?

This is a clash between experienced featherweights who have long profiled as potential UFC combatants.

While he’s only 22 years old, Laramie has been on the prospect radar for some time. The Windsor, Ontario native is 11-3 overall with six victories in his last seven fights, including a unanimous decision win over Charles “Air” Jourdain. He went the distance in each of his last two outings, but has shown quality finishing instincts in the past, and is the type of young talent who is destined to find his way into the Octagon at some point in the next couple of years regardless of how things turn out on Tuesday night.

Swain reminds me of surging Canadian heavyweight Tanner Boser in that he’s still just 29, but has already competed 30 times, amassing a 20-9-1 record while traversing the globe testing his skills and gaining experience. He’s won four of his last five, including back-to-back first-round submission wins, and is the kind of experienced, dangerous foe who is extremely capable of halting Laramie’s rise and claiming a UFC contract for himself.

It’s a clash between Contender Series veterans to kick off Week 2 as Adams looks to rebound from his Season 2 setback, while Kasanganay returns in search of a second straight win and the contract that eluded him last time out.

Adams landed on the wrong side of a split decision verdict in his bout against Chibwikem Onyenegecha two years back but rebounded with a first-round stoppage win early in 2019 to extend his record to 8-1. He’s been out of action since but works with the elite cast of coaches and fighters at the Elevation Fight Team, so you can be sure he’ll be locked in and ready to roll in Tuesday’s opener.

Kasanganay fought on the final week of Season 3, registering a unanimous decision win over the previously unbeaten Kailin Hill, but came away without a contract. He’s had a trio of fights fall through since, but looks to join the likes of Charles Byrd, Alonzo Menifield, and Bevon Lewis as competitors who claimed a contract with a second Contender Series win.