Following a solid opening week inside the brand new UFC Apex, Dana White’s Contender Series rolls on into Week 2, where a returning alumnus looks to make the most of his second chance, another member of the Fortis MMA squad seeks to join his teammates in the UFC, and a trio of unbeaten athletes look to show they’re the real deal while keeping their records free of blemishes.

Here’s a look at the action set to hit the cage Tuesday in Las Vegas.

Baeza was originally paired up with Ramiz Brahimaj, but an injury to the LFA fixture forced him out of the main event, opening the door for Reyna to step up in his place.

Nicknamed “Caramel Thunder,” Baeza trains at MMA Masters in South Florida and has put together a perfect 6-0 record in a little under three years as a pro, earning all but one of his victories by technical knockout due to strikes. Standing six-foot-two, he has size for the division and utilizes that height and reach well, but now after working his way through the lower levels of the regional ranks, it’s time for Baeza to show he can hang with stiffer competition in hopes of getting the call to the Octagon.

The 32-year-old Reyna has forged a solid career for himself on the Texas regional circuit, having won nine of his last 12 fights. During that stretch, his two setbacks have come against familiar names to UFC fans, as he lost to rising middleweight hopeful Kevin Holland before dropping a unanimous decision to Ultimate Figther alum Marc Stevens.

This is the type of test Baeza needs to ace in order to prove he’s ready to compete at the UFC level — a challenging pairing against a more experienced opponent and one coming in on short notice, no less. For Reyna, it’s an unexpected chance to topple an unbeaten prospect and impress the UFC brass. 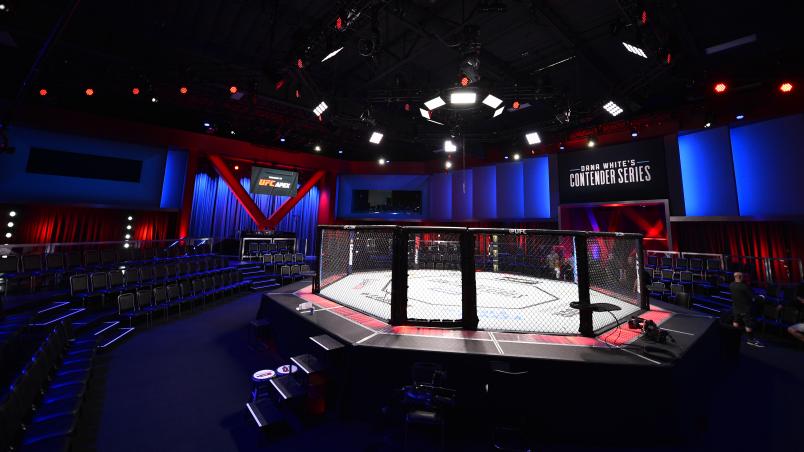 Cunningham is back for a second straight season, eager to make up for his first-round stoppage loss to Bevon Lewis last year. After arriving on a five-fight winning streak, the 25-year-old rebounded from his first career loss by picking up a pair of stoppage victories to close out the year and carry his record to 7-1 overall.

Training out of Pura Vida BJJ/MMA in Milwaukee alongside fellow Contender Series alum Montel Jackson, “The Bo-Man” looks to follow the same path blazed by current Top 15 light heavyweight Ryan Spann, who lost his first appearance on the show, rebounded with two victories, collected a quick finish in his second Contender Series appearance and has since gone on to post consecutive wins inside the Octagon.

Standing in his way is Johnson, a 36-year-old fighting out of San Jose, California who went 5-2 before shifting his focus to competing under the Big Knockout Boxing banner, where he was the company’s cruiserweight champion. He returned to MMA in September 2017 with a second-round stoppage win and scored another victory last October to send him into this week’s penultimate pairing on a three-fight winning streak.

Will Cunningham rise to the occasion and collect an impressive stoppage win or will Johnson spoil his second chance?

Featherweight hopefuls meet in the middle bout of the evening as the 29-year-old Zane locks up with the undefeated Gonzales in what could be the most intriguing matchup on the card.

As for Gonzales, thus far he’s handled his business every time out, registering nine straight victories as a pro after amassing an 8-0 record on the amateur circuit. While all of his amateur triumphs came by way of stoppage, the Greeley, Colorado native has gone the distance in five of his nine pro bouts, so conditioning and the ability to grind out things out in the late stages shouldn’t be an issue if it comes to it.

At first blush, many will pass this off as an opportunity for Gonzales to get another win and push his unbeaten streak into double digits, but Zane has righted the ship and should give his undefeated opponent everything he can handle on Tuesday night at the UFC Apex. 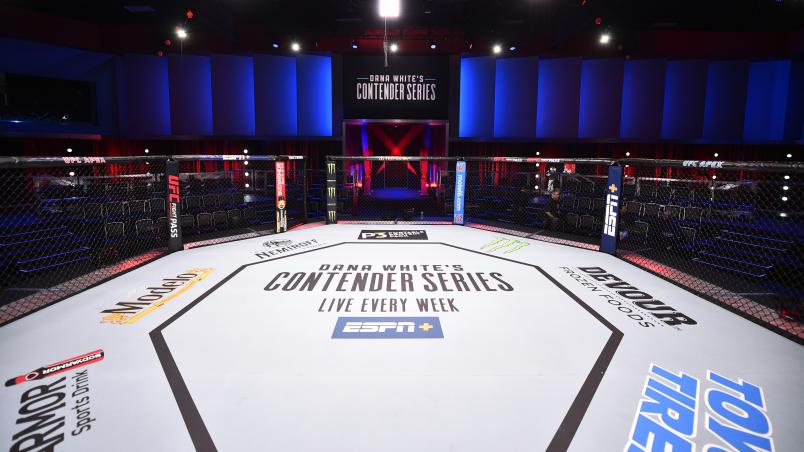 Daukaus is the one of the most intriguing prospects on this week’s card as he arrives in Las Vegas with an unbeaten record and fresh off a third-round submission victory over UFC vet Jonavin Webb at CFFC 72 in February.

After working out the kinks over a 5-5 run as an amateur, the 26-year-old middleweight upstart has been perfect as a professional, steadily facing stiffer competition on the always tough East Coast regional circuit. Though Webb didn’t have any success in his two-fight stint under the UFC banner, the 30-year-old was 12-0 outside of the Octagon prior to facing Daukaus in February, which highlights what an impressive victory it was for the emerging hopeful.

Looking to halt his unbeaten run and use this opportunity to catapult himself into the UFC middleweight ranks is Lombardo, a 29-year-old fighting out of Coconut Creek, Florida, who enters on a five-fight winning streak.

Daukaus is definitely the one coming in with all the hype and momentum, but will he be able to maintain that and make his way to the UFC or will Lombardo upset the apple cart and prove to be a legitimate middleweight prospect himself?

Week 2 was supposed to be opened and closed by Fortis MMA products, but with Ramiz Brahimaj falling out of the main event with an injury, Johns is left to fly solo for the Dallas-based team that has used the Contender Series to graduate numerous fighters to the UFC.

The undefeated bantamweight has faced a steady diet of tough competition under the LFA banner over the last couple years, culminating in a split decision win over Adrian Yanez in a bout for the vacant bantamweight title last November. Having seen numerous teammates make the same trip to Las Vegas and come back with UFC contracts, you can be sure “Chapo” will be physically and mentally prepared to start Week 2 off with a bang.

Fighting out of Tri-Force MMA and representing the emerging collection of New England-area fighters on the rise, Santiago hopes to spoil Johns’ journey to Las Vegas by collecting his eighth win in nine starts and putting himself in the mix to secure a contract at the end of the night.

After suffering the first loss of his career early last year, “The Milford Mauler” rebounded nicely with a first-round submission win in November. If he can add another finish to his resume on Tuesday, Santiago could find himself fighting in the Octagon next time out.