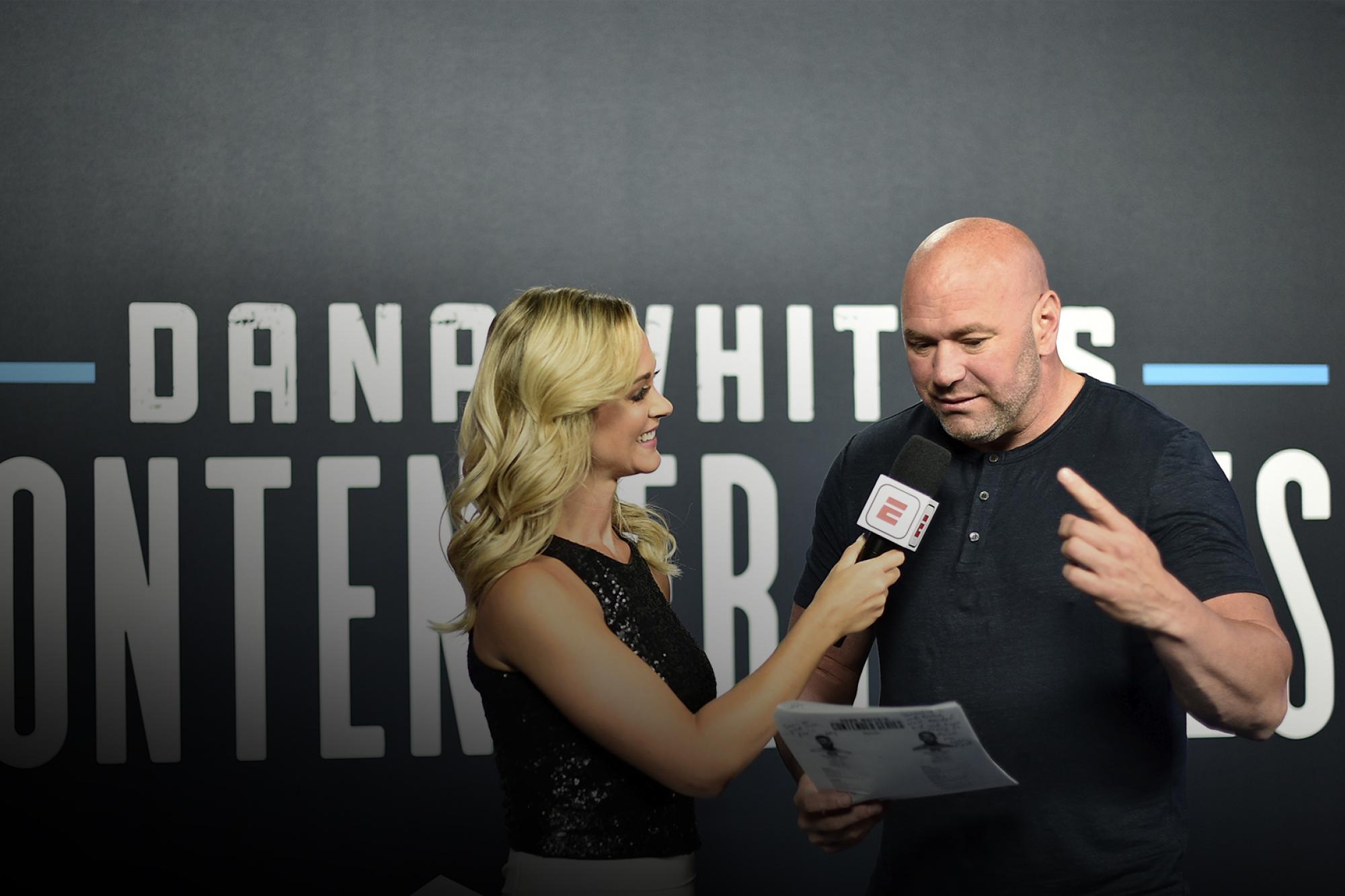 After nine weeks and 44 fights, Season 3 of Dana White’s Contender Series wrapped up on Tuesday night at the UFC Apex, with the final five pairs of hopefuls venturing into the cage with designs on impressing the UFC President and joining the 26 athletes to use this season as their personal springboard to competing inside the Octagon.

Following a run of six consecutive weeks where at least three competitors garnered contracts, last week’s penultimate show produced just a single Contender Series graduate, as welterweight Phil Rowe rebounded from a rocky first round to secure a second-round finish and literally punch his ticket to the UFC.

This week, White handed out three more contracts, bringing the total for the season up to 29, as featherweight T.J. Brown, lightweight Pete Barrett and middleweight Dusko Todorovic all got the call to the UFC.

Here’s a closer look at what transpired on the Season 3 finale of Dana White’s Contender Series.

Less than 20 seconds into this one, Lockard sat Brown down with a clean right hand to the jaw, forcing him into defensive wrestling mode. To his credit, the Arkansas-based featherweight recovered well, taking control of the grappling exchanges and shifting the momentum into his favor.

With a minute left in the first, Brown uncorked an illegal knee, connecting with the side of Lockard’s head while he was clearly still on the ground. Time was called and referee Jason Herzog took a point from Brown, putting him behind the eight ball after the opening five minutes.

In the second, Brown controlled the action on the canvas, wearing on Lockard, stuffing sweep attempts and landing short, unanswered strikes throughout the majority of the frame.

Early in the third, Lockard got the better of the striking exchanges in space before curiously pressing forward in search of takedowns. While he was successful in initiating a grappling exchange, Brown was able to reverse into dominant position, slipping around to the back before locking up an arm-triangle choke and securing the finish.

Potentially facing nothing better than a draw after being docked a point in the opening round, Brown made sure the tens and nines had no influence on the outcome, chasing the submission he needed and getting it done with two minutes and a tick remaining in the fight.

Just a couple minutes into the opening round, Joynson alerted referee Chris Tognoni of what he believed was a poke in the eye, telling the veteran official that he could not see. Time was called, the doctor was brought into the cage and the bout was halted.

Slow-motion replays showed Sosoli appeared to catch Joynson in the eye with his thumb as they were engaging along the fence.

With the fight waved off, the only option was to declare the bout a No Contest.

Official Result: Ben Sosoli and Dustin Joynson ruled a No Contest at 2:08 of Round 1

The way this one started, it appeared like it might be a quick night at the office for Yoo, as the South Korean caught a kick and tripped Barrett to the floor, moving into the crucifix position and unloading with a series of unanswered blows. “Slippery Pete” was able to work free, avoiding an armbar attempt before getting back to his feet, but Yoo continued to control the action standing, attacking with knees in the clinch to salt away the opening round on the cards.

In the second, it was Barrett’s ability in the clinch that dictated the terms of engagement, as the Team Sityodtong representative frequently worked to close the distance and drag Yoo to the ground along the fence. While Yoo landed a handful of quality shots when they were in space, Barrett continued pressing forward, grinding on the flagging South Korean fighter.

With the verdict hanging in the balance, Yoo came out looking to strike to start the third, but there was far less snap on this punches and kicks. But Barrett was tiring as well and Yoo’s forward pressure continued, forcing the New England-based fighter to look to grapple. With a minute left in the frame, Barrett pressed for a takedown, dumping Yoo to the ground, but the “Assassin” quickly got back to his feet, with the final horn sending this one into the judges’ hands.

When the scores were tallied, Barrett secured the decision, earning two rounds from all three judges en route to securing the biggest win of his career.

The opening round of this clash of middleweight prospects was controlled by Kasanganay, who used a caught kick early in the frame to put Hill on the canvas and used his superior skills in the clinch to keep the explosive finisher from having opportunities to unleash his offense in space. When they were on the feet, Kasanganay’s more patient, more fundamental striking won out, as he used low kicks and small movements to counter Hill’s flashier, errant offerings.

It was more of the same in the second, with Hill continuing to look for explosive connections while Kasanganay was content to keep things simple, drastically out-landing the Californian, looking like the far more polished fighter through the first 10 minutes of the fight.

A minute into the third, Hill shot for a telegraphed takedown, creating an easy opportunity for Kasanganay to stuff the shot and use it to grind out time on the ground. With 90 seconds left, Hill got back to his feet, but rather than attacking with power shots, he pressed in for a takedown, putting Kasanganay on the canvas, but failing to do anything with the takedown before the final horn sounded.

Both of these young men have tremendous potential and could be factors in the UFC down the road, but on Tuesday night, it was Kasanganay who was clearly the better of the two.

Early in the fight, Todorovic made the decision to make this a clinch battle, driving Ash into the fence and keeping him there. After settling in, the young Serbian started opening up with short offensive bursts inside, working the body with quick flurries and bloodying the Canadian’s nose with a collection of elbows.

Ash came out firing to begin the second, looking to take the fight to Todorovic and connecting with far more offense in the opening minute than he did the entire first round. But Todorovic responded, opening a massive gash on Ash’s right cheek and returning the fight to the fence, where he resumed his assault on the Canadian veteran. Late in the frame, Ash was able to circle off the fence and attack, landing several clean shots as Todorovic looked to bob and weave before clinching up to close out the round.

In the final round of the season, Ash came out swinging, but Todorovic did a great job of forcing him to miss. From there, it was the unbeaten youngster who went on the offensive, pressing forward behind short, clean shots, returning to the clinch position he used to dominate the first, opening new cuts and drawing blood out of the others he’d given Ash earlier.

While the resilient, battle-tested Ash continued to search for opportunities, Todorovic was relentless with his pressure and clearly the better man over the final five minutes and throughout the contest.