Dana White Would Welcome Brock Lesnar Back To UFC

"The Download" with Dana White is a weekly UFC.com exclusive interview with the boss, covering everything that's in the news. This week Dana talks about a potential Brock Lesnar UFC return, and Jose Aldo-Chad Mendes. 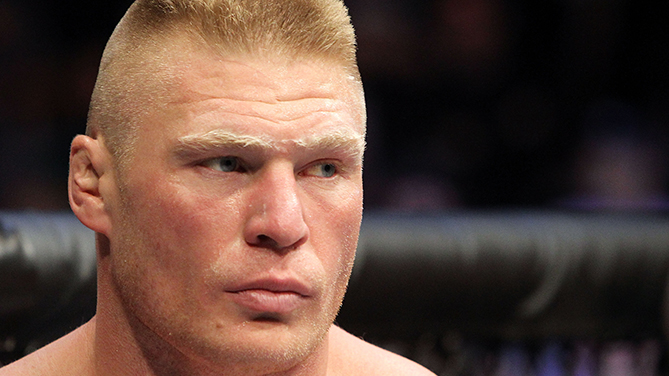 If former UFC heavyweight champion Brock Lesnar is planning on making his return to the Octagon once his contract with World Wrestling Entertainment runs out, it is news to UFC president Dana White.
White and Lesnar still communicate regularly, and White said Brock hasn’t brought up a UFC comeback. But the boss also doesn’t rule it out.
“I have a great relationship with Brock, we talk all the time,” White said. “I don’t know, we’ll see. If he wants to fight, he knows my number.”

> Watch: "Best of the Beast" only on UFC FIGHT PASS
Lesnar’s potential UFC return became a hot topic of conversation earlier this month when former WWE play-by-play announcer and friend of Lesnar’s Jim Ross said a potential 2015 return to fighting may not be out of the question.
"It looks to me like he's gotten back on track," Ross told Fox Sports on Oct. 6. "He looks phenomenal strength-wise. He's just scary looking. He's more scary looking than he was before he left [WWE the first time]. … I see no reason he couldn’t have the potential to return to the UFC and sell pay-per-views.”

A battle with the crippling disease diverticulitis ended Lesnar’s run in the UFC back in December of 2011 after a loss to Alistair Overeem. He then made his return to the WWE and has been there ever since.
White said that considering what Lesnar was able to do in the cage the first time around, it would be intriguing to see what he could do at 100 percent health.
“It’s pretty amazing what he did and accomplished here while having diverticulitis,” White said. “It would be interesting to see a 100 percent healthy Brock Lesnar compete.”
Lesnar being the polarizing figure that he is, there is no shortage of potential bouts waiting for him should he decide to come back to the UFC. Former heavyweight champs Frank Mir and Shane Carwin have already publically expressed interest in welcoming Lesnar back to the UFC. 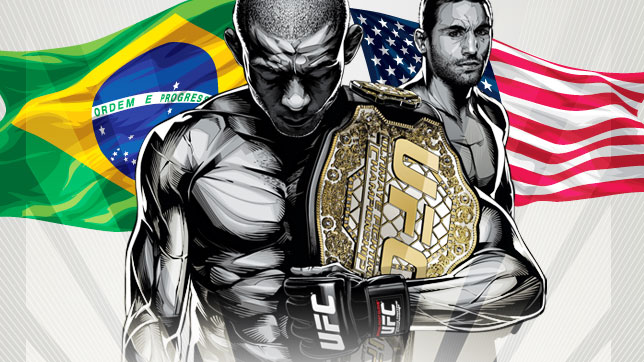 On Jose Aldo-Chad Mendes at UFC 179
The Aldo-Mendes feud is as hot as ever and it may reach even hotter levels as the two continue on the road to fight night at UFC 179.
Before Mendes made his way to Brazil, he was sure to get off one final Aldo blast when he spoke to MMAJunkie on Oct. 16.
“He doesn’t do enough to carry his weight as far as media goes. He never does and he never has,” Mendes told MMAJunkie’s Mike Bohn. “I can’t carry this whole fight on my back. I want to punch you in the face. Do you want to punch me in the face? Tell us what you want to do. That’s him being a hermit crab in Brazil.”
> Read: UFC 179 Preview | Prelims Preview
> Watch: UFC 179 Embedded | Urijah Faber Previews Aldo-Mendes | Jose Aldo: Pundit POV | Chad Mendes' Journey
When White heard Mendes’ gripe, he couldn’t help but chuckle a bit.
“That is hilarious - a hermit crab,” White said. 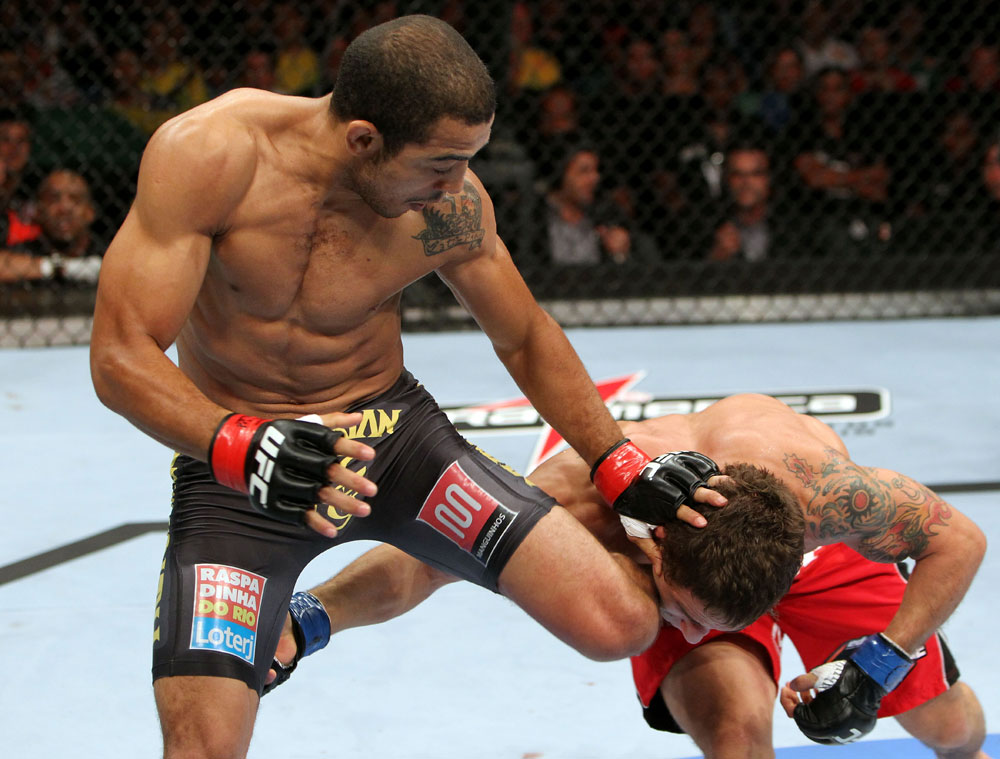 But White always says that it’s not about what or how much a fighter says, it’s about how he or she performs once inside the Octagon.
“There’s a Conor McGregor and a Chael Sonnen that will pop up every once in a while, but for the most part these guys are who they are. You can’t expect somebody to be who they’re not,” White said. “When you've got Jose Aldo’s record you don’t have to talk too much. You just have to show up and perform.”
As far as the fight goes, White is expecting a war between the champ and the unquestioned No. 1 contender.
“I think Mendes is a completely different fighter than the last time they fought. But Jose Aldo is a bad dude, man,” White said. “It’s a fun fight. I’m excited to see it.”
Stay connected with Dana: