"The Download" with Dana White is a UFC.com exclusive interview with the boss, covering everything that's in the news. This week Dana talks about Fight Night Dublin headliner 'Irish' Joe Duffy and his rising stock in the UFC lightweight division. 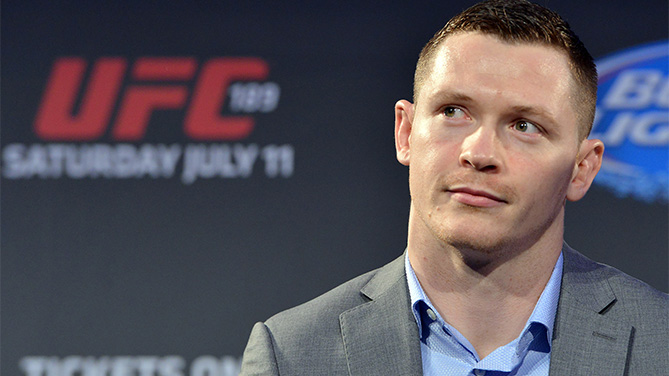 Since Joe Duffy walked through the Octagon door, it’s been hard to find his name in print without the name of fellow countryman and interim UFC featherweight champion Conor McGregor nearby.

Duffy is the last man to beat McGregor, who has since taken over the MMA world while bringing his entire nation along for the ride. So it’s easy to see why the two men are linked.

But UFC president Dana White thinks Duffy is capable of telling his own unique story, and stands out as the “badass fighter” that he is.

“I don’t even point to Duffy beating Conor because they fought a long time ago when they were younger,” White told UFC.com. “I look at Duffy now. Duffy today is a well-rounded, explosive finisher – a guy whose stand up is literally perfect.”

It’s hard to find any holes in Duffy’s game, and the boss has been impressed by the way he has handled his business early in his UFC career. Duffy’s two wins have come by way of first round finish.

Next up for Duffy is another lightweight who has been equally impressive in his two 155-pound outings since making the move up from featherweight earlier this year. White said Dustin Poirier is the perfect opponent for Duffy as both guys look to crack the top 10 of the rankings.

“This is a really good test for Duffy because Dustin Poirier looks great at 155,” White said. “He said he feels stronger, healthier, and he’s been on a tear at 155. It’s a big fight for both guys.”

With a win over Poirier, Duffy will set his sights on another name in the lightweight division, which could soon be the new home of McGregor. The “Notorious” made his intentions clear at the UFC’s GO BIG press conference in September: he wants to move up to lightweight to become a two-division champion.

Duffy appeared Monday on the “MMA Hour” on MMAFighting.com and said should he get another crack at McGregor, the result will be the same.

“I believe I can take Conor out just as quickly,” Duffy told Ariel Helwani. “There’s not an area I feel he can beat me.”

Where would this potential rematch take place?

While Duffy said it’s a dream to headline in his hometown, the next logical dream would be a stadium show at Croke Park.

White said to do a stadium show, both Duffy and McGregor would have to be on the card.