"The Download" with Dana White is a UFC.com exclusive interview with the boss, covering everything that's in the news. This week Dana talks UFC 197 and the main event matchup between Jon Jones and Ovince Saint Preux. 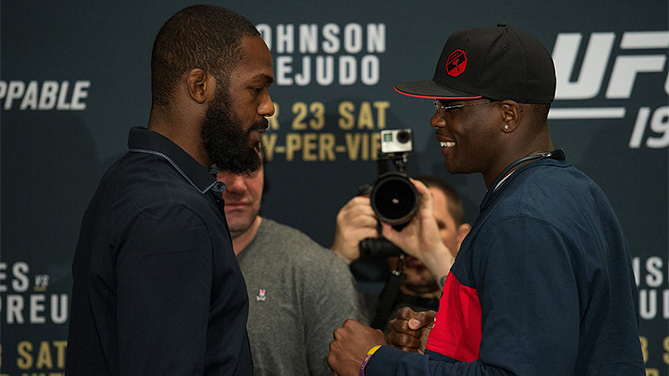 The UFC has roughly 40 fight cards tentatively scheduled for 2016. Big fight after big fight, they just keep coming, especially in the current seasonal campaign “Unstoppable,” which features some of the biggest matchups of the year.

But even with all the big bouts, certain fights just simply stand out. The return of pound-for-pound king Jon Jones certainly qualifies.

At UFC 197 at the MGM Grand Garden Arena in Las Vegas, the current light heavyweight champion (Cormier) and the former champ (Jones) were supposed to collide once again to vie for the title both can lay claim to.

Cormier won the belt that Jones was forced to relinquish, but Jones can claim victory in the only meeting between the two rivals.

But Cormier suffered an injury in training and OSP stepped up to save the card.

Jones has been away from the game while Cormier has risen to the top. “Bones” has been like a man possessed training for his comeback fight. He’s six months sober and in the best physical shape of his fighting life.

“What’s fascinating about Jon Jones right now is if you look at what this guy was doing in the past and how hardcore he’s training now – It’s almost scary,” White said. “The guy who’s never taken it serious is literally taking it serious now. What’s the new Jon Jones going to be like now?

“He is in his prime right now – his physical fighting prime. He’s never been more serious than he is right now. It’s a scary combination.”