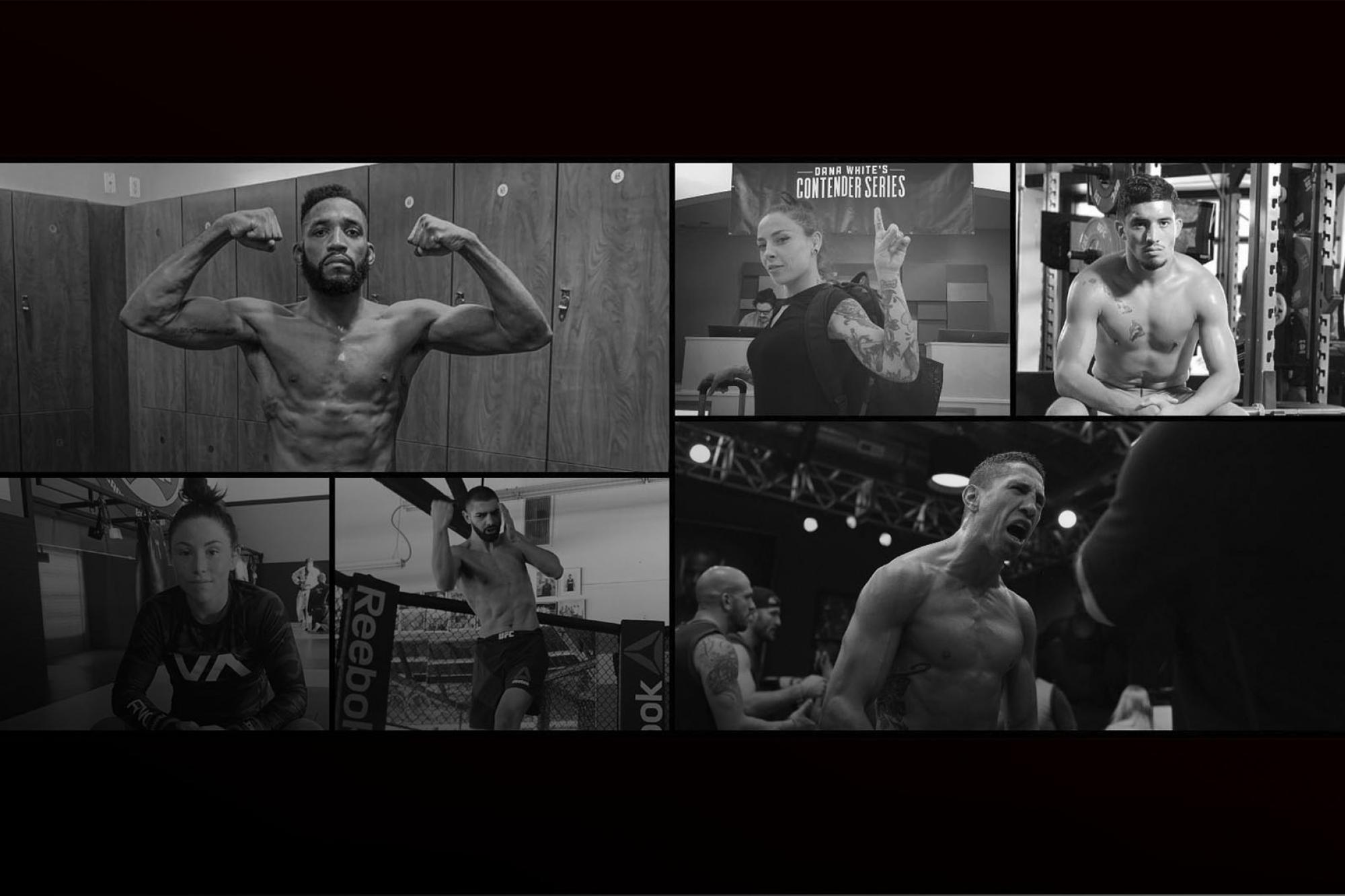 Season One of Dana White’s Contender Series saw 16 fighters graduate to the UFC. The following summer, 23 fighters captured the attention of the UFC President and turned their victorious efforts on Season Two into UFC contracts.

Through the first eight weeks of Season Three, there have already been 25 athletes who have stood out under the bright lights inside the brand new UFC Apex, garnering the opportunity to compete on the highest level in the sport and with two more weeks remaining in the season, the total number of competitors to matriculate to the Octagon this cycle could surpass 30.

Here’s a look at the matchups on tap for the penultimate week of Season 3.

For the first time in the history of the Contender Series, welterweights will close out the show on Tuesday with Shahbazyan making his delayed debut in Las Vegas against “The Fresh Prince.”

Initially slated to compete on the opening week of the season, Shahbazyan, the older brother of middleweight rising star Edmen Shahbazyan, was forced out of his pairing with Brok Weaver due to medical issues. A week after Weaver stepped into the cage and secured a contract, Shahbazyan will look to do the same.

A product of the Glendale Fighting Club, the 23-year-old has earned stoppages in each of his seven career wins, showing an aptitude for submissions. He’s faced limited competition on his way to the Contender Series, but the same could be said of his brother prior to his bout last summer in Las Vegas and that clearly hasn’t held him back any.

Training out of Fusion Xcel Performance, Rowe is a teammate of Mike Perry and Ronaldo “Jacare” Souza, so you can be sure he’s gone hard rounds with elite talent over the years. The 29-year-old is towering for the 170-pound weight class and heads into the cage on a six-fight winning streak, all of which have come by way of finish.

With one trip to the scorecards between them in 16 combined fights, there is a very strong likelihood that this one ends inside the distance and is electric for as long as it lasts.

Watch This Episode And Any You've Missed With your ESPN+ Subscription

Finding talent to add to the light heavyweight ranks is always a difficult venture, which increases the amount of attention that deserves to be paid to his matchup on Tuesday.

Entering with a perfect 11-0 mark with all finishes, the 23-year-old Brigagao is an intriguing young talent. The Brazilian trains with the team from Parana Vale Tudo, home of UFC strawweight champion Jessica Andrade, and has had a relatively easy time dispatching a host of foes on his way to fighting inside the UFC Apex this week.

Pogues has gone 6-1 since losing his professional debut three years ago, with his lone setback in that stretch coming against unbeaten submission ace Jordan Young. Also just 23 years old, “The Stormtrooper” has shown flashes of potential, registering five of his six wins by stoppage while going the distance and getting his hand raised against an older, more experienced foe in his lone decision win.

In this battle of young light heavyweights with upside, will it be the Brazilian with the unblemished record or the Californian who has faced stiffer competition that will emerge victorious?

Just 22 years old, Torres already owns a 7-1 record and carries a five-fight winning streak into his Contender Series appearance. The Team Oyama representative has earned three straight stoppage wins in the last year and training with the experienced crew under the watchful eye of Colin Oyama will ensure that he’s ready to show out on Tuesday night.

Garcia also reps a great squad, training out of the Jackson-Wink MMA Academy in Albuquerque, New Mexico. The 27-year-old hit a little rough patch in the middle of his 12-fight run, dropping three of four appearances, but a closer look reveals that those losses came against quality opponents, including recent Contender Series grad Aalon Cruz.

Since then, Garcia has rebounded with back-to-back wins over regional vets Abel Cullum and Andrew Whitney and like Torres, he is sure to show up in Las Vegas prepared to put on a show in hopes of being the latest member of the Jackson-Wink family to get the chance to compete in the UFC Octagon.

The ladies compete inside the UFC Apex for the fourth straight week and fifth time this year as Italy’s Di Segni squares off with Martin in Las Vegas.

When home in Italy, the 31-year-old Di Segni trains alongside UFC vets Alessio di Chirico and Carlo Pedersoli at the Gloria Fight Center, but she’s prepared for this bout alongside Garcia at the Jackson-Wink facility in ABQ. The strawweight has won six of her last seven after dropping her professional debut and rebounded from a December loss with a first-round submission win in April.

The 25-year-old Martin is 4-2 in her career, but carries a three-fight winning streak into her showdown with Di Segni on Tuesday. After winning her pro debut, she dropped back-to-back contests to talented upstarts Sunna Davidsdottir and Maycee Barber. Last time out, Martin scored a third-round technical knockout victory over Ashley Nichols at Invicta FC 31.

If you’re looking for a fight that could steal the show on Tuesday, this just might be the one.

It’s a meeting of unbeaten bantamweights with Steele looking to make the most of his second opportunity to break into the UFC when he takes on Ring of Combat champ Caracappa in the opener.

A contestant on Season 27 of The Ultimate Fighter, Steele was drafted to Team Cormier and scored a unanimous decision win over Suman Mokhtarian, but couldn’t continue in the competition due to injury. Fighting for the first time since that bout, the 31-year-old looks to regain the momentum that carried him onto the long-running reality TV competition and join fellow Team Cormier representatives Bryce Mitchell, Brad Katona and Luis Pena on the UFC roster.

After a strong amateur career, Caracappa has rattled off eight straight wins since turning pro. He won the vacant Ring of Combat bantamweight title in his fifth outing and has since successfully defended it three times, including a unanimous decision win over UFC vet Louis Gaudinot. Last time out, the 27-year-old “Hitman” collected a third-round stoppage win over John Sweeney.