"The Download" with Dana White is a UFC.com exclusive interview with the boss, covering everything that's in the news. This week Dana talks about Jose Aldo-Conor McGregor, Chris Weidman, Andrei Arlovski and Carlos Condit vs. Thiago Alves.

Every once in a while, the perfect fight comes along – a fight complete with all the necessary ingredients.

Jose Aldo vs. Conor McGregor at UFC 189 is one of those matchups, UFC president Dana White said.

“You have a guy like Jose Aldo, who’s gone undefeated for 10 years, defended his title 10 times and is the best pound-for-pound fighter in the world,” White told UFC.com. “He’s going against a guy like Conor, who burst onto the scene with 13 straight wins and has this confidence in himself and that thing that attracts people to him.

“Conor has come into the UFC and basically done everything he said he was going to do. Now the question is: Can he beat Jose Aldo?”
> Buy one of the last remaining tickets to UFC 189 | International Fight Week details 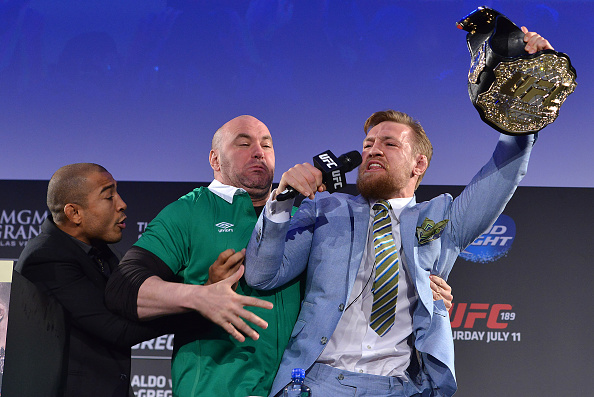 White is beyond excited for this bout because it pits two fighters against one another in the prime of their careers. Aldo is at the top of his game and McGregor is one of the top strikers statistically in the UFC, in any weight class.
And if all those factors weren't enough, add in that this fight will headline International Fight Week, when the countries of Brazil and Ireland will take over the fight capital of the world - Las Vegas - and this matchup gets even bigger.
Plus, McGregor and Aldo can't seem to get along.
“Jose Aldo hates Conor McGregor and Conor McGregor just wants what Jose Aldo has,” White said. “If you take what Jose Aldo has accomplished and the excitement that Conor McGregor brings – it’s made this division really fun.”
> How big is UFC 189? It has its own website! Check out UFC189.com

When Weidman battered Vitor Belfort in UFC 187 after an early scare from the Brazilian, he added another name to the impressive growing list of legends conquered to his resume.

White said that the streak Weidman is on is very comparable to another former UFC champion.
> READ: Chris Weidman Wrecks Vitor Belfort 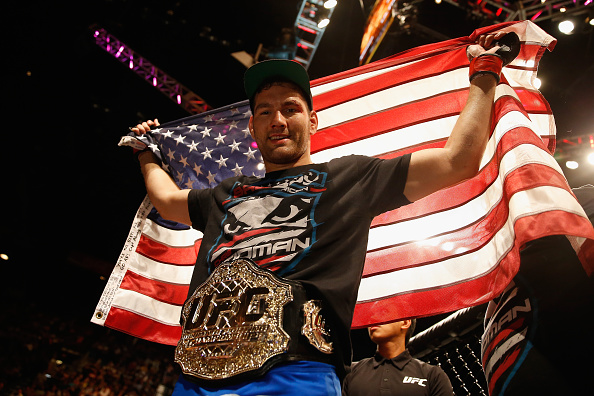 “He’s on a Jon Jones-type run right now in the 185-pound division,” White said. “The thing is with Jon Jones is that he went four years taking out all the best 205-pounders in the world. Weidman is beating straight killers right now.”

After the fight, Weidman, who improved to a perfect 13-0 with three UFC title defenses at UFC 187, took to the microphone in an attempt to convert all his non-believers:

“Stop doubting me,” Weidman said. “It’s enough, stop doubting me. Better join the team now because this is my last invitation. I love you.”

Weidman continues to prove that he’s as good as advertised. White said that he expects Weidman’s popularity to only grow as his career progresses.

“It takes time,” White said. “You look at Anderson Silva and how long it took for him to even resonate. He really blew up after he beat Vitor, so maybe Vitor is the launching pad for all these guys.”

On the resurgent Andrei Arlovski 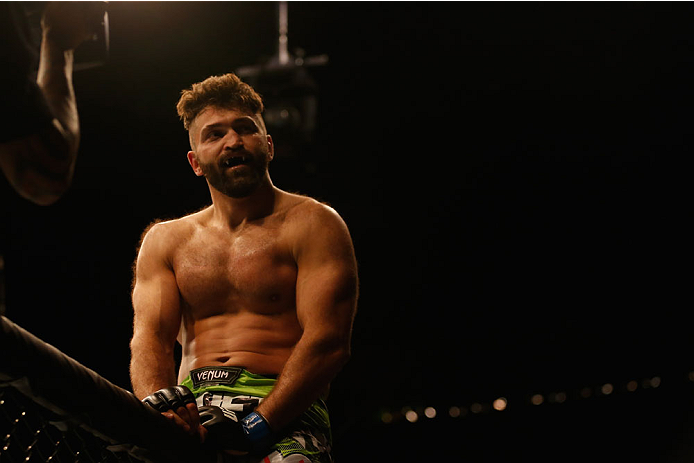 White was amazed at Arlovski’s performance, especially considering he was injured.

“The fact that the guy almost didn’t fight - he was injured and came in to take the fight anyway,” White said. “He put on an unbelievable performance. It’s one thing to come in and catch a guy and keep dishing it out, but he ate a couple of big shots, too. He was able to finish the fight against a younger, taller, stronger, faster guy. It was unbelievable.”

Some fans have wondered how close Arlovski is to a title shot after knocking off Browne, but White, while intrigued by the possibilities, isn’t focused on that just yet.

“It would be incredible if he makes his way back to the UFC title,” White said. “We’ll see what happens. We have Werdum next, so I’m not even thinking about who’s after that in the heavyweight division.”
> WATCH: UFC 188 - There Can Only Be One 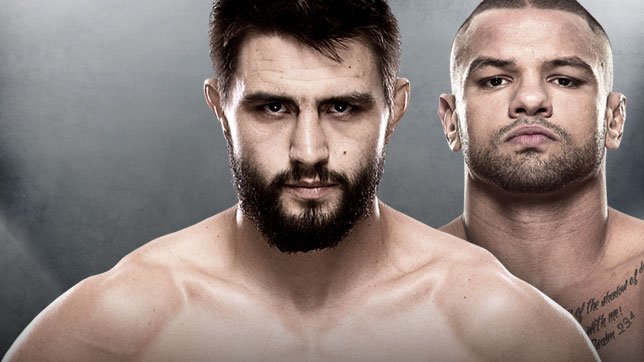 “It’s a fun fight. Carlos Condit is coming back from injury and Thiago Alves is coming off a great win,” White said. “Alves was getting lit up in that fight and then he ends up pulling off the big knockout. This is a fight between two seasoned strikers, two really tough veterans of the sports, and it’s a big fight for both these guys.

“Obviously Condit has been out for a while, he needs this win, and if Alves beats Condit, wow. It puts Alves, who has been around forever, it puts him in a great position to possibly get a title shot.”
> WATCH: Condit vs. Alves Preview