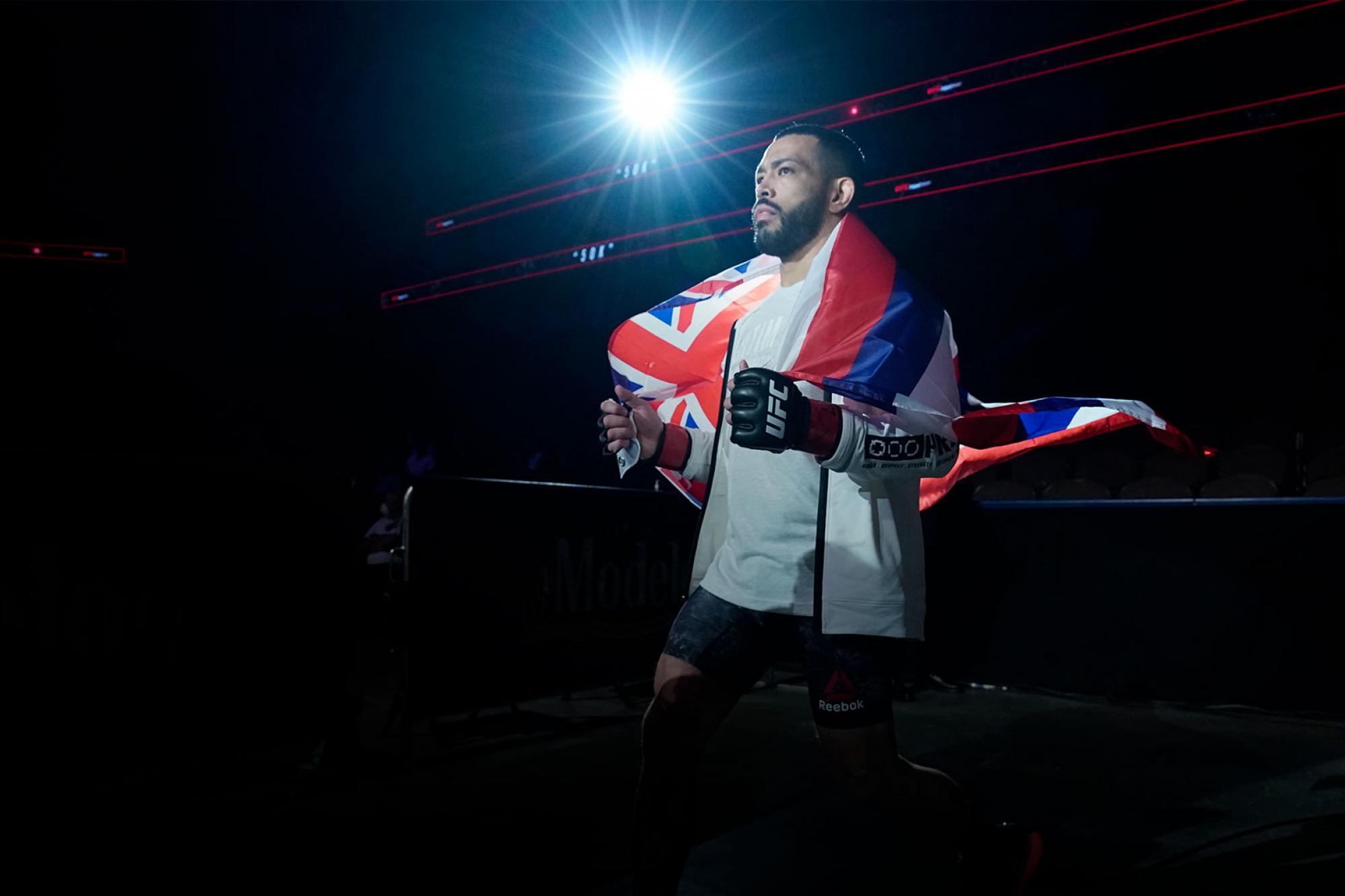 Dan Ige’s mindset from a young age has turned him into a UFC featherweight contender
By Jon Gagnon • Jul. 13, 2020

It’s been a few days since the featherweight title fight between Alexander Volkanovksi and Max Holloway at UFC 251 and the 145-pound division is still in the limelight.

There are two reasons: first, because everyone wants to know who Volkanovski’s next challenger will be; and second is that Wednesday’s Fight Island main event features two surging contenders that someday hope to get a shot at the belt.

MORE FROM FIGHT ISLAND: Fight by Fight Preview | Fighters On The Rise | Benoit Feels At Home

A look at the 145-pound rankings and Dan Ige’s name might not be the first to come to mind when searching for the next title challenger. But that’s exactly what the 10th-ranked featherweight thinks could be on the line when he battles Calvin Kattar this week.

“I could go out and get a big win over Kattar and get a title shot because the guys in the Top 5 aren’t active,” Ige said. “I’m active and out there. This is my third fight this year; if I keep going out and winning then you can’t deny me. I don’t understand. Brian Ortega hasn’t fought in two years and he’s still ranked No. 3 in the world. The top guys aren’t active and they’re not fighting. But I’m just focusing on me and doing what I have to do to get a title shot.”

Ige has been doing just that for the last two years. Since losing his UFC debut in January of 2018, Ige has raddled off six consecutive wins – most recently an impressive victory over the perennially high-ranked lightweight Edson Barboza.

Ige isn’t looking past his matchup with Kattar, but amidst the discussion of a shot at the title, Ige admitted he’s a little more juiced up knowing he doesn’t have to chase Max Holloway.

“It’s more motivation to go after Volkanovski than my fellow Hawaiian,” Ige said. “I’m excited and hungry but I have a tough opponent in front of me.”

Kattar proved his toughness yet again at UFC 249 when he finished Jeremy Stephens – one of the toughest competitors the sport has seen. The win bumped Kattar to No. 6 among the featherweights, yet Ige admitted that Kattar wasn’t someone that has always been on his radar.

“I was thinking of fighting him down the line but not soon because he’s a bit higher up than me,” Ige said. “But much respect to him for taking a fight against me. He wants to stay active and he’s hungry. I asked for the best fighters in the world and I think Calvin can respect that and that’s why he took the fight against me.”

Ige is plenty tough in his own right. He developed a mindset that dates back to his high school wrestling days. His coach’s motto of, “Outwork the competition” is something Ige employs to this day.

He was never the best, but he would never get outworked.

Ige especially kept this mindset alive in his early days of MMA when it’s easy to let doubt creep in to stunt your future.

“You can never forget where you came from. I look back to when no one believed me, and I was the only person to tell myself, ‘You’re going to make it to the UFC.’ I had doubters and people telling me, ‘You’re not making any money. You’re getting hurt and getting nothing out of it.’ I had to tell myself that it doesn’t matter because I have a goal and I’m going to achieve it. And here I am now in the main event.”