A long line of Hawaiian fighters have shown their spirit in the Octagon, and Dan Ige carries that same torch with him.
By Zac Pacleb, on Twitter @ZacPacleb • May. 13, 2020

While the idea that a fighting spirit lives in everyone rings true, it seems as though certain regions breed or cultivate it a little more frequently than others. If the fighter embodies the attitude of their region or culture, it kind of gives you a certain idea of the type of attitude they carry about their craft, and often, they’ll mention that outlook first.

For example, if the athlete is from New York, Boston or Philadelphia, they’re often a swaggering, trash-talking type, although each of them would be quick to point out the intricacies that come from each city. The Mexican fighting spirit is usually one of toughness, a nonstop, take one to give a harder one approach that leaves jaws dropped in awe of their resilience while their opponent’s jaw takes blunt punishment.

A Hawaiian fighter is often a blend of all those descriptions. While the first thought around the “Aloha Spirit” is one of friendliness (which is more than earned and real), there’s a warrior’s spirit baked in there as well. One only needs to look at the likes of BJ Penn or Max Holloway, arguably the two most successful mixed martial artists from the state to enter the Octagon. Both men, while technical and skilled, are eager and almost pleading for their opponent to turn things into a brawl and scratch that itch. And as soon as the fight is over, the respect is given so long as fair play was shared. 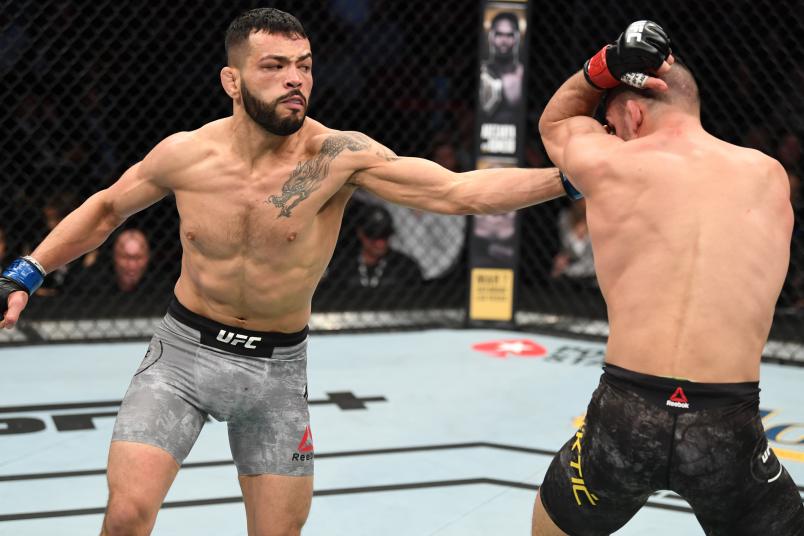 Dan Ige is part of the newer wave of Hawaiian fighters walking the path that Penn, Holloway (who himself is still only 28 years old), Kendall Grove and Brad Tavares have carved before him, and he has taken that attitude along with him, as well.

Ige, who was born in California but calls Hale’iwa on Oahu’s North Shore home – if you talk to any Hawaiian, Hawaii is always referred to as “home” – earned a UFC contract on Dana White’s Contender Series but stumbled out of the gates early. His UFC debut ended in a unanimous decision loss to Julio Arce, but since then, Ige is riding a five-fight winning streak in the loaded featherweight division, picking up a performance bonus along the way.

An Ige fight seems to have found a familiar pattern as well, one that Ige acknowledges: he often starts the fight strong before allowing his opponent back into it in the second round before taking things home in the final frame. What that is attributed to isn’t determined, but Ige has shown his ability to turn the tide a few times in tough circumstances. 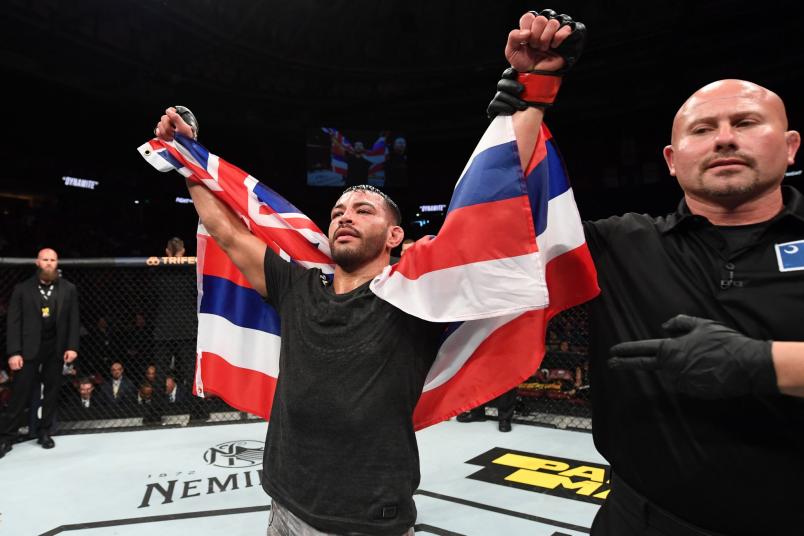 Training out of Xtreme Couture in Las Vegas – nicknamed the “9th Island” because of its dense Hawaiian population – Ige has shown evolution in his game as the tests have become more difficult, culminating in a strong win in a back-and-forth bout with Mirsad Bektic which earned Ige a spot in the rankings. His reward for that is now welcoming longtime lightweight contender Edson Barboza to the 145-pound ranks, something that is both a dangerous bout and also a chance for Ige to use a known name to boost his own.

On top of his rising career, Ige is already setting himself up to have a career after fighting as well. Ige is working under the Dominance MMA Management banner, helping the likes of Khabib Nurmagomedov, Kamaru Usman and Henry Cejudo. While Ige said the job is more like a “lifestyle,” he’s balanced both hats well enough, it seems. And he’s helping guide younger fighters, as well. Fellow Hawaiian prospect Punahele Soriano said Ige is the one who got him to the mainland and eventually to Xtreme Couture. Last year, Soriano earned his own contract on the Contender Series before making his long-awaited debut with a devastating knockout win.

For Ige, who recently changed his nickname from “Dynamite” to “50k,” he could be in prime position to make real noise in the talent-saturated featherweight division. At 28 years old, he, Soriano and Holloway will likely share the torch-carrying duties for the next generation of Hawaiian fighters to come.