One of the most admirable things about Dan Ige is that he always wears his heart on his sleeve.

The gritty featherweight contender has never been afraid to show his emotions and discuss what’s going on in his mind and life. In the lead-up to his last fight against “The Korean Zombie,” Chan Sung Jung, Ige spoke openly about becoming a new dad and how having a son changed his perspective on some things.

The fight with Jung didn’t go Ige’s way and it drove the 30-year-old to a very honest conclusion. He had wanted fatherhood to motivate him and push him even further than he had ever been. But the fight made him realize that his passion to compete is what makes him a great fighter, not being a dad.

“When I go back to the Zombie fight camp, I almost forced using my son as motivation because it was so new to me and I didn’t know really how to manage it,” Ige told UFC.com. “I’ve never been an externally motivated guy, so I tried to almost use my son and my family as a fuel to go compete at the highest level, but I learned that in doing so that wasn’t the right thing to do.”

Don’t get it twisted, Ige’s main goal is to provide for his family and be the best husband and father he can be. But as a competitor, he believes mentally separating his family from his job allows him to be a better fighter.

“I’m here, I’m driven. I have a goal to be a champion and that’s fuel in its own right. Obviously, yes, having a family and son is amazing but it’s not my main source of fuel to compete at the highest level,” Ige said. “It’s something that I’m learning and trying to figure out as time goes by and it’s just about showing up in the best mental and the best physical state as possible and trying to compete at my best.” 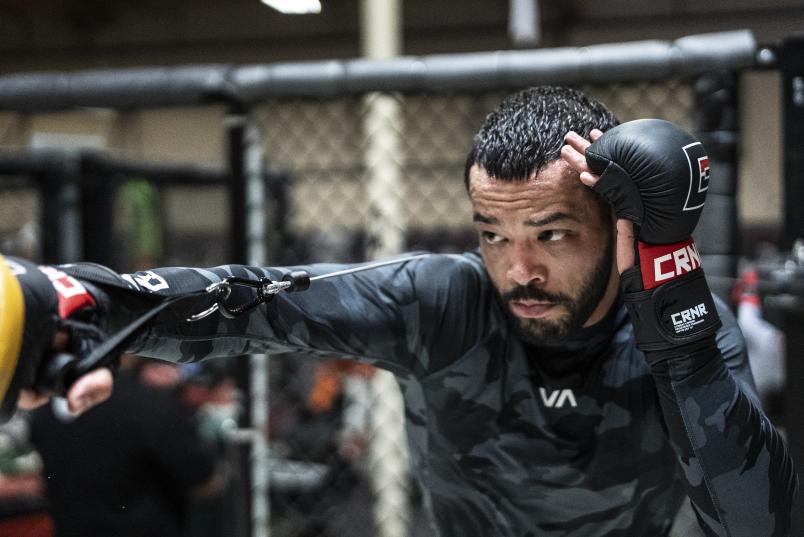 Ige knows he will have to be at his best when he welcomes Josh Emmett back to the Octagon at UFC 269. It’s an important fight for the division and will likely set either Ige or Emmett up for an even bigger fight in 2022. It’s exactly the type of fight that Ige wants.

“Ever since I fought on the Contender Series and I didn’t get a contract that night, I remember saying in my post-fight interview that I just want to face the best fighters in the world,” Ige said. “Pretty much since my UFC debut that’s pretty much all I’ve done - face the best guys in the world. It’s truly a test for myself because whether I do become champion or not, I’m in this to be my best self. I’m still working on that; I’m still getting better and I’m only 30 years old. I feel like I’m just kind of reaching my prime.”

Emmett enters UFC 269 on a three-fight win streak, with his last win coming over Shane Burgos in June of 2020. In his fight with Burgos, Emmett suffered a torn ACL and has been on the shelf recovering since. Despite Emmett’s time away from competition, Ige expects his opponent to be sharper than ever. 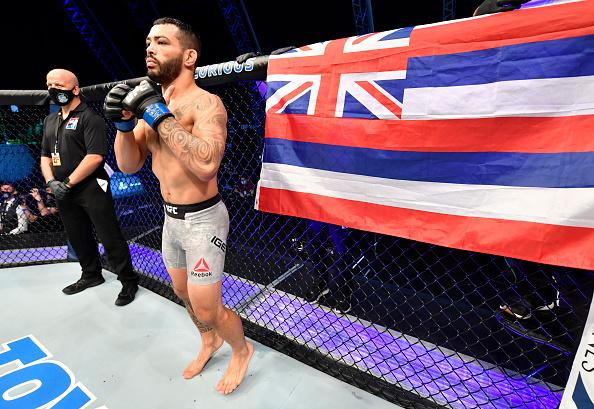 “I’m expecting the best Josh Emmett there is. He has been on top of the world, he’s been number four in the world, and he’s had some unfortunate things happen to him, but I take nothing away from him,” Ige said. “I expect that he’s been working everything and he’s going to be an absolute animal when I step in there with him.”

Ige is excited for the opportunity to test his “will, heart and skill” against someone as talented as Emmett. He believes that if he can get his hand raised at UFC 269, he will recapture the momentum that he had on his six-fight win streak and get right back into the mix of contenders vying for a shot at Alexander Volkanovski’s belt.

OTHER UFC 269 ATHLETE FEATURES: Charles Oliveira Relies On His Experience | Dustin Poirier's Sole Focus Is The Belt | Amanda Nunes Plans To Keep Shining | Julianna Peña Is Grateful For Her Shot

“I learned a lot. I’ve been here many times before and I just keep getting better and that’s the main thing,” Ige said. “If I keep improving, I still have a shot at this.”

Ige is quick to add that he’s purely focused on Emmett and their bout on December 11. Even thinking about title contention or what happens past Emmett is a mistake that he won’t make again.

“I guess in that fight I really tried to force something to happen,” Ige said. “I tried to force the knockout. [Zombie] came in there with a gameplan to win and I just had a plan to knock him out and get a big performance bonus and put myself into title contention. That’s all I was thinking about. I was thinking past the fight.”

Ige has grown plenty in his 10 career UFC appearances, but he believes recognizing the mental mistakes he’s recently made will help him end this year with a victory.

And more importantly, regardless of the outcome of his bout with Emmett, he gets to go home as a better man, husband and father.

Don't miss a single strike of the final pay-per-view of the year at UFC 269: Oliveira vs Poirier , live from T-Mobile Arena on ESPN+. Prelims begin at 6pm ET/3pm PT. Main card begins at 10pm ET/7pm PT.