Dan Hooker Wants To See How He Stacks Up

The Nomadic Dan Hooker Is Excited To Test Himself At UFC 267 And Feels Confident He Can Get The Job Done
By McKenzie Pavacich, on Twitter @mpavacich_ • Oct. 28, 2021

To some, Dan Hooker might seem crazy, but to anyone who truly knows the sport of mixed martial arts, he’s just doing exactly what he signed up for.

Fighting twice in just over a month and traveling across the globe both times — one of which on short notice — is a task too tall for most professional athletes; but for the New Zealander, it’s simply what it takes to fulfill the goals he set for himself a decade ago.

“I feel like I’m confident from the last decade,” Hooker said. “You can say that even if the last month, two months, six months has not been the best it should be, I can fall back on (the fact that) I’ve been grinding the whole time. The absolute whole time, I’ve been in the gym. When you don’t see Dan Hooker on camera, he’s either asleep on his couch or he’s at the gym.” 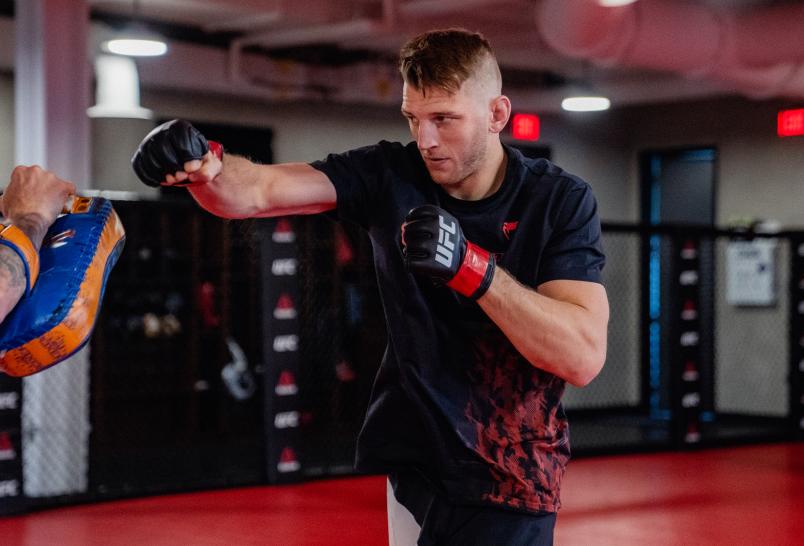 That unwavering dedication put Hooker in a position of power as someone who could rise to any challenge against any opponent during any timeframe — especially in 2021.

RELATED: Best Moments | Nobody Doing It Like Dan | Photo Gallery

First, it was a marquee lightweight matchup against a then-UFC debutant turned title challenger in Michael Chandler; a situation in which Hooker was quite literally the only person in the division to rise to the challenge.

Then, an international travel nightmare took center stage during the UFC 266 fight week for both Hooker and his opponent: Germany’s Nasrat Haqparast. This time, Hooker proved his dedication and professionalism once again in a sport with a very small margin of error, coming in on time and under the lightweight limit after traveling nearly 11,000 miles in a matter of days leading up to his redemption in Las Vegas.

A matter of days after Hooker’s unanimous decision victory over Haqparast, Rafael Dos Anjos announced that he was injured and would have to pull out of his highly anticipated matchup against Islam Makhachev at UFC 267 in Abu Dhabi. 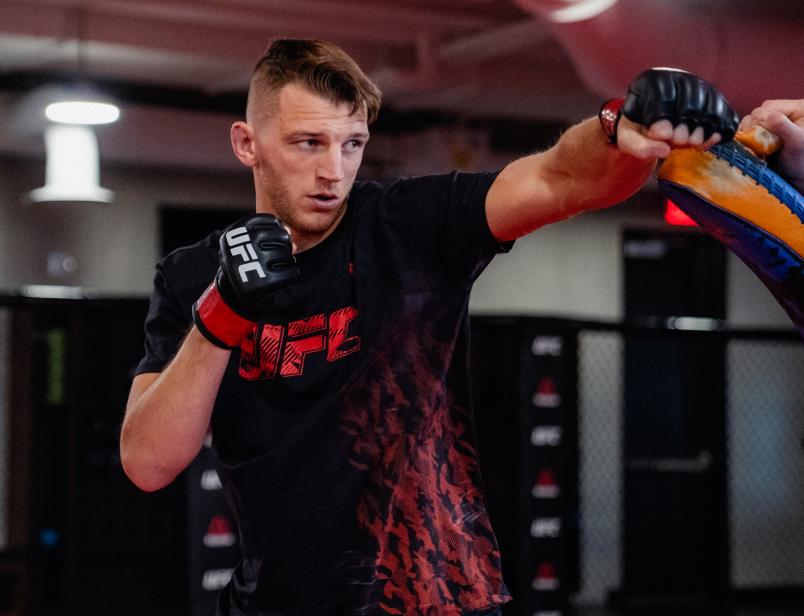 “No one had actually come and asked me,” Hooker said, explaining how he went from waiving his voucher to get back into New Zealand after UFC 266 to posting up a temporary residency in Las Vegas. “I’d heard about it after the fight. In my head, I’m like, ‘Yeah, I’m going home.’ But then, the opportunity was presented.”

It was an opportunity he couldn’t turn down, and the 31-year-old was back in the gym days after celebrating his own win alongside his teammate Alexander Volkanovski’s title defense victory against Brian Ortega. But this time, he stayed put in the Pacific time zone.

“I’m with Frank Hickman while he’s out here (at Syndicate MMA), and my coach Eugene Bareman is just doing everything through Frank,” Hooker explained. “Eug and Frank are programming all of my training, so I’ve got a lot of people saying, ‘Oh, come here. Come here. Do this. Do that.’ It’s not on me. It’s not something as a fighter you should be concerned about. I should just be concerned with showing up and doing the work.”

The bulk of the work that is cut out for the Kiwi resides on the ground, as executing a gameplan on the mat against a dynamic grappler like Makhachev is certainly something that can’t be overlooked. 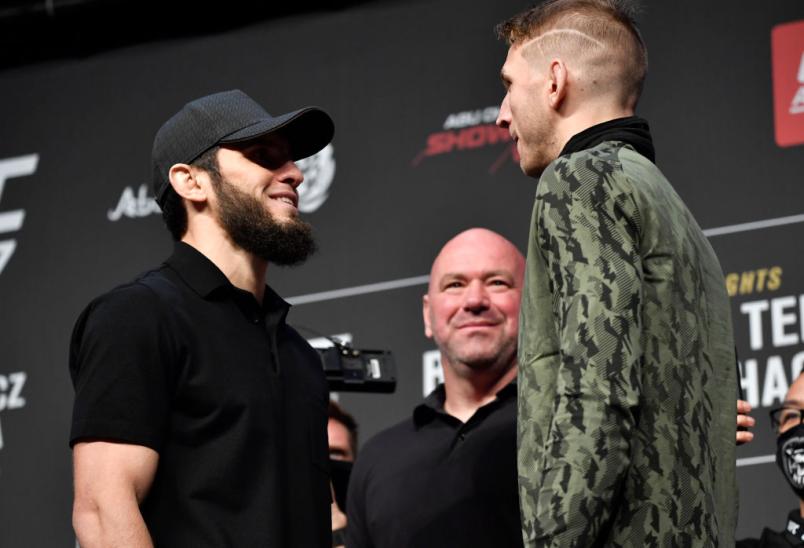 “Obviously, here in Las Vegas, the facilities they have here are incredible with the strength and conditioning and physiotherapy and nutrition, so I’ve definitely been able to work more on that (in preparation for this fight) than I have in the last two months. I think everyone knows that. It’s not a massive secret.

“It challenges me as a martial artist. It’s a great test as a martial artist to get out there and compete with a guy who is a specialist in a skill set. He’s a specialist grappler, so, for me, I’m just as interested as everyone else to see how my skill set stacks up with it. We’re both lifetime martial artists. We’ve both dedicated our lives to this. I feel like he’s not just going to grab a hold of me and do whatever he wants.”

While Makhachev may be in a more familiar territory with the support and backing of his local fans, Hooker won’t let him dictate anything inside the Octagon… not without a fight.

“I’ve been training my entire life to not have that happen, so I’m excited to go out there and show people where I stack up, even with the best grappler in the world, to show that he can’t just implement his game on me.”