Dan Hardy On The Return Of Anderson Silva

UFC welterweight and commentator Dan Hardy takes a look ahead to the return of Anderson Silva in his weekly Independent column. 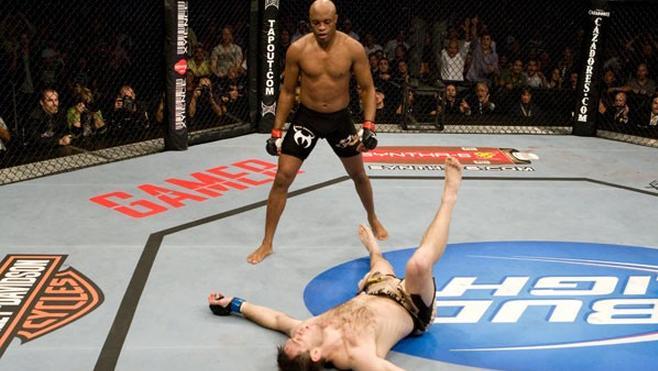 With the news of the former middleweight Champion being almost ready for a return to competition, UFC fans are right to be excited. Anderson ‘The Spider’ Silva was, up until he met current champion Chris Weidman, looking like an unstoppable force in two weight divisions. From his time signing with the UFC he racked up a sixteen fight win streak, picking up the middleweight crown in his second fight in the organization.

As a fan, it was fascinating to see him evolve into the fighter UFC fans are familiar with today. Traveling between Europe and Asia to compete, he put together some great performances over tough opposition, with wins over UFC veterans like Lee Murray, Jorge Riviera and Tony Fryklund.

I was fortunate enough to be stood a few feet from all three of those above mentioned fights, and to watch him play with martial arts was quite amazing. I use the word ‘play’ because his approach was very experimental. His relaxed and confident style appeared almost childlike, toying with world class fighters like a cat with a mouse.

Read the Full Article at Independent.co.uk