Dan Hardy: Bisping Is A Future Hall of Famer

In his latest column for UFC.com, Dan Hardy reminisces about Michael Bisping’s early days and looks ahead to his long-awaited return to UK soil at UFC Fight Night Glasgow.

The first time I saw Michael Bisping, I knew that he was a natural-born fighter.
At the time I was training with a coach that I had met through my university. He was a sports science lecturer as well as the coach of the jiu-jitsu club. He had a background in mixed rules fighting and was about as close to modern-day mixed martial artist as I could find in Nottingham back in 2002. He would often recount a wonderful story about how he respectfully called out Rickson Gracie, and the reply letter stated an unaffordable appearance fee which meant the fight never happened.
He was quite the character to say the least.
We trained in village halls, the university sports hall, badminton courts, and even a garage for a while. We were a mixed bunch comprising a few lads studying in Nottingham and a few proper grown-ups tpo. My favourite was a big, burly farmer called Andy. We gave him the nickname ‘Wookie Monster’ which sounded great when being announced at an event.
The coach always talked in glowing terms about this student that he used to train. Apparently, he’d never seen such talent at such a young age.
The student’s name was Michael Bisping.
There was always talk of Michael coming to join us and how he would lead our team to victories all over the country. I have to admit that at the time I was sick of hearing about him. At twenty years old I was more ego than perspective. If anything, I wanted to earn that sort of admiration from my coach, not listen to him bestow it upon someone else.
For weeks and weeks the talk went on. Then finally Michael showed up. At the time he was considerably bigger and his head was shaved right down to the wood.
He was an intimidating sight and he had a mean look in his eyes: a natural-born fighter.
He was strong, athletic, and fiercely competitive to the point where sparring was anything but enjoyable. Plus, his considerable size advantage meant that I was guaranteed a hard time.
He worked hard every single day. He was a very fast learner and the coach was heavily invested in him. Soon he was tearing through the local scene. Nobody could touch him. After two years he was undefeated in ten fights and had stopped all but one man in the first round.
He’d won numerous titles and it was obvious he was destined for big things.
At this point I decided to take a different direction with my coaching and started working with Paul Daley at the Rough House gym. The next thing I heard of Michael, he was starring on The Ultimate Fighter and was wrecking shop, as expected. 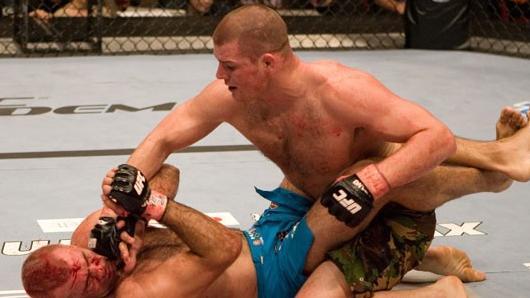 He won the show and started his UFC tenure with two notable stoppages against tough opponents in the shape of Eric Schafer and Elvis Sinosic. His profile was sky-rocketing and he was becoming a popular attraction all over the world.
Looking back, the moment it changed was on 8 September 2007 at the O2 Arena. On a card headlined by a Pride-UFC unification match-up between Dan Henderson and Quinton ‘Rampage’ Jackson, Michael was featured in the co-main event against Matt Hamill. Now, it’s a long time since I’ve watched the fight, but I remember that I – like the majority of others - scored a close split-decision for the American grappler. In the event it was Michael who got the nod from the judges, much to the disdain of many observers.
All of a sudden the fans outside of the UK seemed to turn on him. I’d experienced some of that myself after my debut against Akihiro Gono and won by a close split decision. The word was that us British fighters were getting gift decisions on home soil and the fans, particularly Stateside, were unimpressed.
Michael, perhaps courtesy of his brash demeanour, bore the brunt of the criticism. He embraced it, channelling it into correcting the errors in his game that were exposed by Hamill.
Unfortunately, he was forced to face another challenge: his first loss. After fift 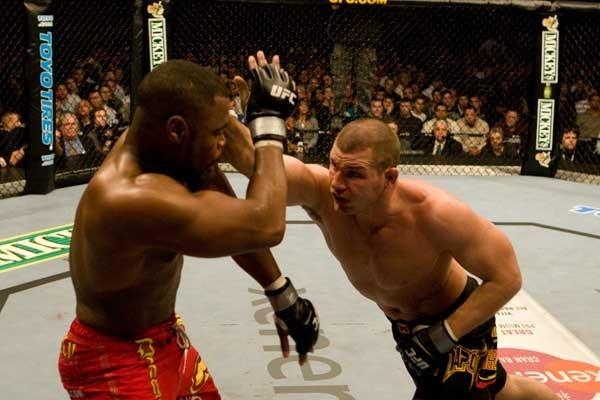 een professional bouts he lost a split decision to Rashad Evans, another strong wrestler. This time I remember disagreeing with the decision. Evans used his wresting to control the first round but I scored the second and third for Michael. His takedown defence had improved dramatically and even when he was taken down, he worked hard to get back to his feet.
Michael decided to switch to middleweight, a weight class that undoubtedly suits him better. Since then he’s amassed eighteen fights with the UFC, earning a 12-6 record. It is a very respectable ledger in a division that has long been packed with talent.
With wins over guys like C.B. Dolloway, Brian Stann and Yoshihiro Akiyama he has established himself as the number nine middleweight in the world. His next fight is against Thales Leites, the man biting at his heels.
Riding a seven-fight win streak, Leites will prove a real test for Michael. The Brazilian’s ground game has always been respectable and he has shown much-improved striking of late. It’s a must-won fight for my old training partner. He needs this to cement his place in the division’s top tier and continue his long climb towards the hallowed ground of the UFC title.
Glasgow is the venue and July is the month. For the first time in five years ’The Count' will be competing on UK soil and he will be very well prepared. From humble beginnings he has carved his own path through this sport. His longevity has earned him the respect of everyone, including his former critics. His name will surely be added to the Hall of Fame, though not any time soon.
He still has much to accomplish.